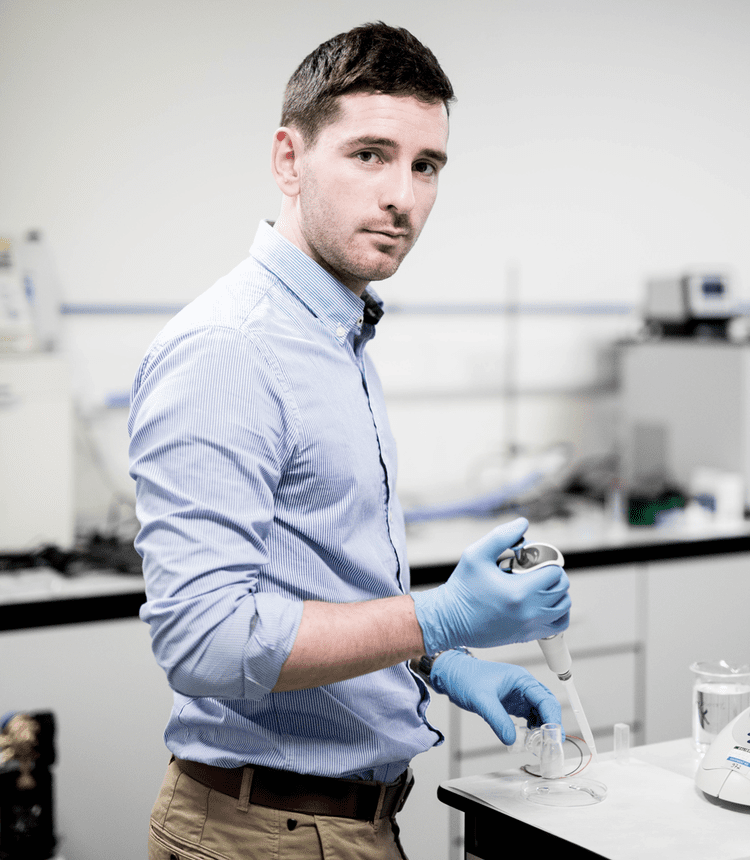 “The more resources you apply — particularly on the ground — the more traction and sales you achieve. We found that you can’t dabble in a market; you have to go all-in.”

CEO of Aerogen John Power recognised long before he established the company in Galway in 1997 that he would have to make sure it developed a unique solution that could be sold globally — distinct from something designed specifically for Europe or the US.

The result was an aerosol drug delivery system that reduces the length of time a patient needs to be on a ventilator, meaning they recover faster and have a shorter stay in hospital. Its proprietary vibrating mesh technology turns liquid medication into a fine particle mist, gently and effectively delivering drugs to the lungs of critically ill patients.

Aerogen is now synonymous with the effective treatment of respiratory illness among patient groups of all ages, playing a critical role in emergency departments and intensive care units in over 75 countries worldwide.

“Medtech companies by nature are ‘born global’. I knew there was no chance of setting up and sustaining a business developing original medical equipment just for sale in Ireland and the UK,” says Power.

“All of our products are heavily regulated and any new iteration has to get both European and US approvals, so we have always brought those markets along in parallel since early 2000. A lot of our partners, such as GE Healthcare and Medtronic, want products that sell internationally and are regulated internationally.”

The US is Aerogen’s leading market — its aerosol drug delivery system is now being used in the intensive care units of 60% of the top 200 hospitals in the US. Europe, including the UK and Ireland, is its second biggest market accounting for around 30% of sales, followed by Asia and the Middle East. 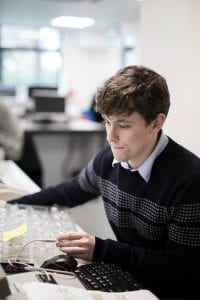 While Aerogen currently sells through distributors in all of its markets, its entry strategy in many cases was to partner with large healthcare multinationals which sold its solution alongside major pieces of capital equipment. Power’s connections in the industry helped in this regard as he had worked in multinationals previously.

Aerogen’s annual revenues have been growing by 25-30% over the past number of years, reaching €50m in 2016. Of its total workforce of 130, there are now 20 people based full-time in the US, four in Germany, three in France and two in the UK. It added 35 people to its headcount in 2016 and will do the same this year.

“One of the things we have learned is making money in any given market is all down to putting more resources into it – both commercial and clinical. The more resources you apply, particularly on the ground, the more traction and sales you achieve. We found that you can’t dabble in a market, you have to go all-in” says Power.

Selecting the right distributor in each market for Aerogen’s products has been crucially important and the expertise and experience that exists within the workforce has played a key role in this regard.

“I have a group of guys involved in our export markets who have worked all their lives in export sales for big multinational companies and specialise in different regions,” says Power. “They know who the good distributors are. Most of the time distribution is done on the basis of personal experience or a strong recommendation from someone you know.

While Ireland is a huge exporter of medtech products, a large percentage of this is by US multinationals based here. This is in contrast to Germany and France which have large indigenous medtech sectors.

“Germany and France dwarf Ireland when it comes to their indigenous medtech sectors. Both are quite protectionist in many ways and want to support their own industries in their own countries,” says Power.

“For that reason, our products have to be better than those manufactured by German and French companies to make sure they will sell. Germans like to develop their own innovative products and France has a long engineering and technology track record. So any technology you’re trying to sell has to be substantially better than what they have developed themselves if it is to interest them.”

In order to sell into Europe, a medtech product must achieve the CE Marking certification. After that, it must be approved by the individual authorities in each country. How easy or difficult this is depends on the structure of the health system.

“For example, in France, there is a very strong public health system which can mean a reticence to change. You have to ensure products are properly coded by the relevant health authorities before you can sell into that market,” says Power. “Normally there is more of a mix of private and public health systems – sometimes it is easier to get in the door of private hospitals as there is less bureaucracy.”

A further challenge in France and Germany has been that healthcare providers demand proof of the economic, as well as the clinical, benefits of any new medical technology. Aerogen has concentrated a lot on this area in the past 18 months, investing in clinical studies to prove the benefits of its technology clinically and how it can reduce the cost of care – for example by reducing admissions from accident and emergency departments.

“Everybody prefers data from their own market. It is an expensive game, but if we want scalability in terms of our product, we have got to be prepared to invest in this area,” notes Power.