Ambition Spain & Portugal: How we got Iberia to work for us 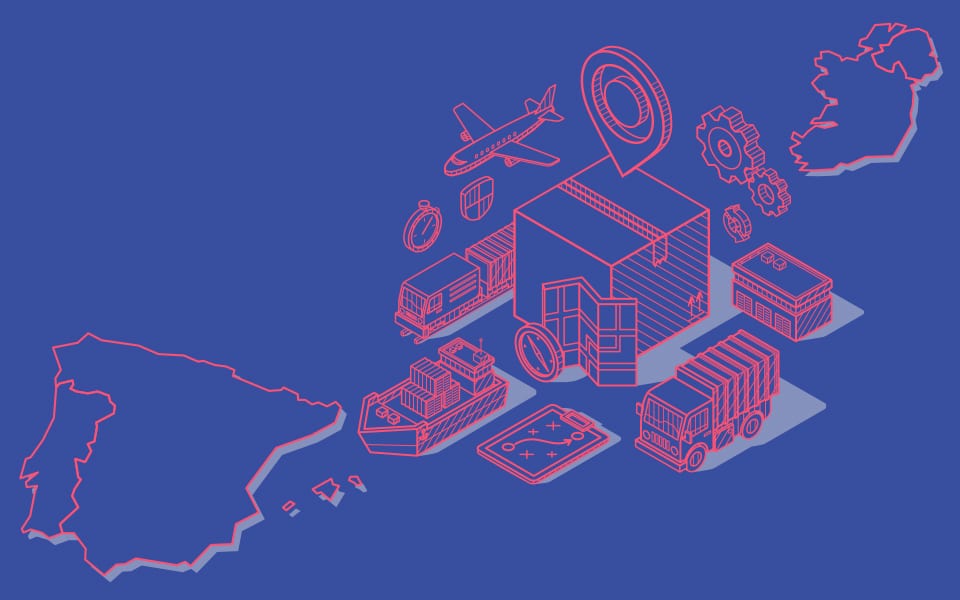 Easy to get to, easy to get around, but a tough nut to crack. It’s sometimes thought that the Iberian markets of Spain and Portugal are challenging to take on. Language barriers and differences in business culture are cited as barriers to a combined market with a GDP of almost €1.5trn.

But both countries not only actively trade with Eurozone neighbours including Ireland but enjoy legacy links with growing, dynamic markets in South America and Africa, acting as bridges for firms active in the Iberian market. It’s no wonder the region is home to global giants such as Banco Santander and Telefónica.

The economic downturn changed the region’s business landscape, and structural reforms opened up new opportunities for firms looking for a route to market. Along with reforms in labour and employment, a cultural shift towards innovation has helped Irish firms to enter this valuable market.

Formula for Irish success in Spain and Portugal

At Enterprise Ireland’s Ambition Spain and Portugal event, Irish firms that have made successful entries to the market outlined why it had worked for them. The common ingredients for successful exporting included getting boots on the ground, perseverance, and robust planning.

Research and planning was a major exercise for Atlantic Therapeutics, the Galway-based rehabilitative medical devices firm. The company already has a presence beyond Ireland in the UK, France, Germany and the USA, and wanted to move into Spain. Market research threw up interesting market segments.

“When we started out 18 months ago looking at the Spanish market, we looked at the medical device space to start with. Through Enterprise Ireland, we were introduced to people who could focus our route to the Spanish market,” Alan O’Shea, Head of Distribution Markets for Atlantic Therapeutics.

During discussions, the company realised that their rehab devices could get market share by using the well-developed TV home shopping channels in a very buoyant private home use market.

“It isn’t traditionally the usual distribution channel for our technology,” he told delegates. “We’re two months in and so far it’s a very positive experience.”

Finding a complementary partner with local market knowledge and contacts can provide a lift to securing new exports. That was the route that helped accelerate growth for Tullamore-based emergency vehicle kit-out specialists Acetech. Enterprise Ireland helped to introduce the firm to a Spanish ambulance manufacturer who was interested in their vehicle intelligence systems.

“They will now represent us, in terms of putting our equipment in the vehicles they are providing to the Spanish marketplace, and also the Latin American marketplace as well,” Acetech sales director Fergus Claffey told delegates.

By 2020, Spanish business will account for 10% of turnover for Acetech as a result, he said.

What to do after market entry

Once in the market, Irish firms should get boots on the ground as regularly as possible, the conference was told. Not only will you get a handle on the business culture but it can help with honing your product fit, and generate new market opportunities.

Eamonn MacLughadha, founder of Spanish-based import company Machemac and based in Spain for the past 23 years, said Irish firms should get their feet on the ground if only to get an idea of scale.

“If you are capable of supplying 50% of the Irish market, that may only equate to 5% of the Spanish market. If your product takes, do you even the capability to deliver?”

With six months being a typical timeframe for payment in Spain, resourcing your route to entry is vital, he added.

“The closer you stick to a Spanish customer, the better the feedback you get on a problem. Getting to see them face to face will get you what you need to know. A phone call or email just won’t cut it.” says MacLughadha.

Likewise in Portugal, being in the market is seen as a commitment to the customer, said Helder Palhas, country manager for Aspire Technology. “Keep your relationship alive. Don’t just abandon a customer after a sale, keep in touch. Go for lunch, even if you don’t have a product to sell them right now – it will make a difference.”

The sentiment was echoed by Mr Claffey: “We thought we knew what we were doing with the research but we learnt more from a three-hour plane trip to Spain than three months of planning. Stop relying on Skype.”

One of the biggest pitfalls that befalls Irish firms trying to enter the market in Spain, according to MacLughadha, is not appreciating the length of the average sales cycle.

For Acetech, entering the Spanish market was a revelation even with all the steep learnings: “The cultural fit between Ireland and Spain is very, very good. I don’t know why we didn’t do it earlier,” said Mr Claffey.

Learn more on trading in the Spanish and Portuguese markets and the Enterprise Ireland supports available with our Going Global guide.