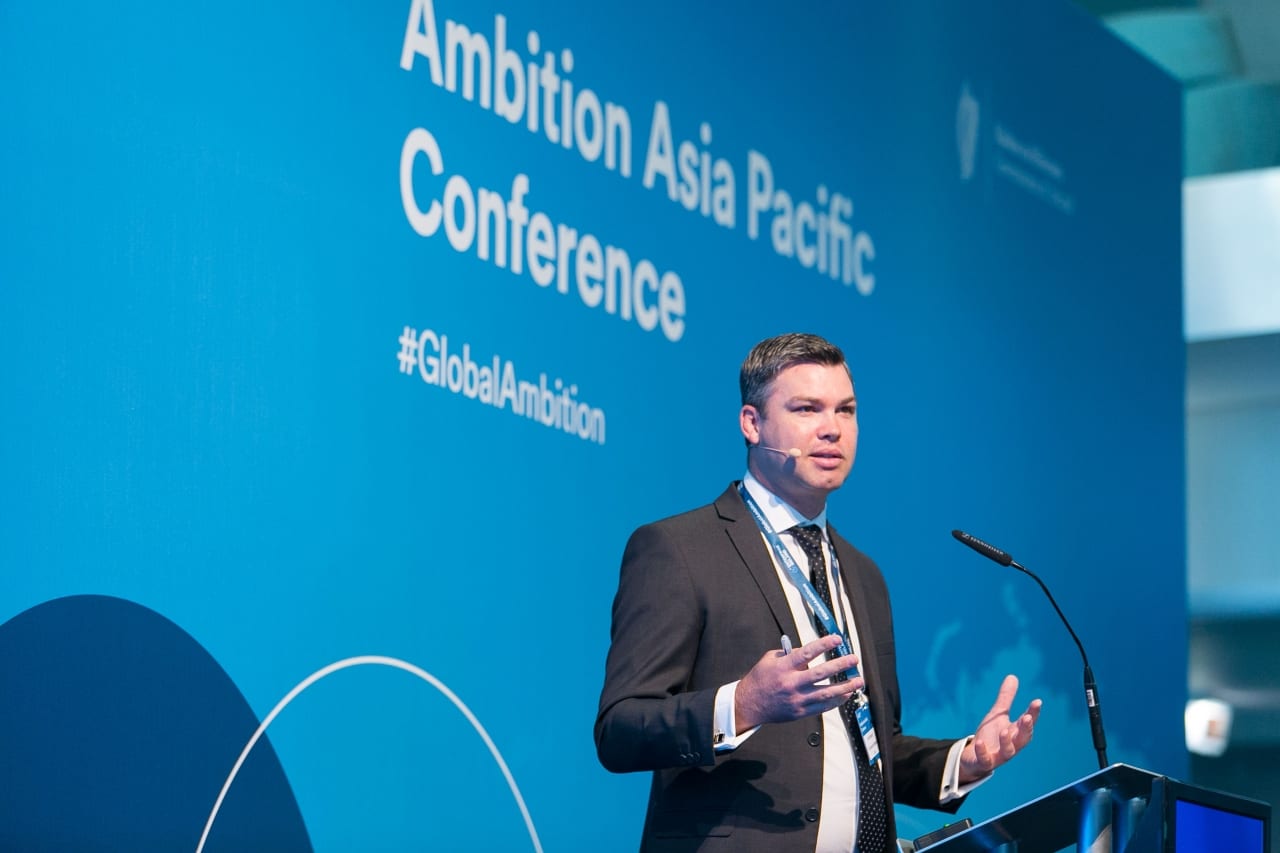 Some 23 million new ASEAN households are on track to earn more than US $35,000 a year by 2030 in what is “the fastest-growing, most dynamic region in the world,” said John Ferguson, Director of Country Analysis at the Economist Intelligence Unit, who provided an overview of growth trends and opportunities in the region.

In China, major strategic programmes such as Made in China 2025 and the long term Belt and Road construction initiative “are not going away”, he said.

“Chinese growth is still just very modestly slowing down to around 6%,” he said. The government there is using monetary goals and fiscal policy to maintain that growth.

Even allowing for the challenges facing China, “it’s still going to grow pretty reasonably well over the next couple of years,” he said.

Growth prospects in Japan, at 1%, are much smaller, however. As a huge, developed and rich economy, it’s one in which there are still “a lot of opportunities” for Irish companies, he suggested.

Much of that opportunity relates to Japan’s Society 5.0 initiative, the Japanese government’s focus on artificial intelligence, sensor technology and automation.

“This is a huge initiative for the Japanese. That’s where some of the growth opportunities will present themselves in Japan, already a highly developed economy but really trying to push themselves with this fourth industrial revolution.”

India represents a particularly “bright spot” in the global economy, said Ferguson, who predicted growth of around 7% on average likely over the next five years. 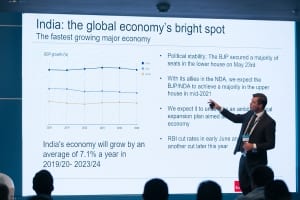 This compares with global growth of around 2% and Asian growth of between 4% and 5%. India’s growth outlook is “extraordinary”, he said.

The primary opportunity in India, as in Asia Pacific countries such as Vietnam and Cambodia, is one of population development and subsequent growth in demand for consumer goods and services.

With predicted growth levels of 5% and a large population, Indonesia is another really strong performer, again driven by the fast growth of its middle, or consuming, class, he said.

Indonesia’s five-year growth rate forecast is almost double that of Singapore’s, at 2.9%. However, the additional opportunity in Singapore comes from its ease of doing business and its popular status as a launchpad from which to do business elsewhere in the Asia Pacific region, he said.

So, while Singapore is growing a more slowly than some of the less well developed countries in the region, it’s still growing at “a pretty impressive rate of growth for economy at its stage of development.”

South Korea is another mature market but still likely to show average growth of 2.7% over the next five years. “In our view, that’s a pretty reasonable growth for a country at that stage of development.”

Australia – another frequent launchpad into the wider region for Irish companies – and New Zealand are both stable economies but, cautioned Ferguson, both are seeing climate change and immigration becoming significant political issues. 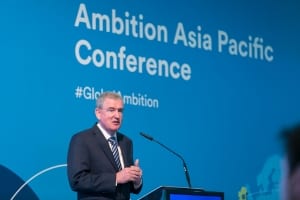 For Irish businesses looking at these markets, either as part of their supply chain or as end markets, it’s worth keeping an eye on regulatory initiatives in relation to either, he said.

Depending on what happens in October in relation to Brexit, Ireland may be the only English speaking country in the EU, a fact that presents challenges but opportunities too, he pointed out.

Enterprise Ireland is expanding its footprint in the Asia Pacific region to help support Irish companies looking to capitalise on the growing level of opportunities there, opening new offices in Auckland, in Ho Chi Minh City, Vietnam, in Melbourne, Australia and in Shenzhen, China, he said.

Read more Global Ambition articles on the opportunities for Irish companies in Asia.