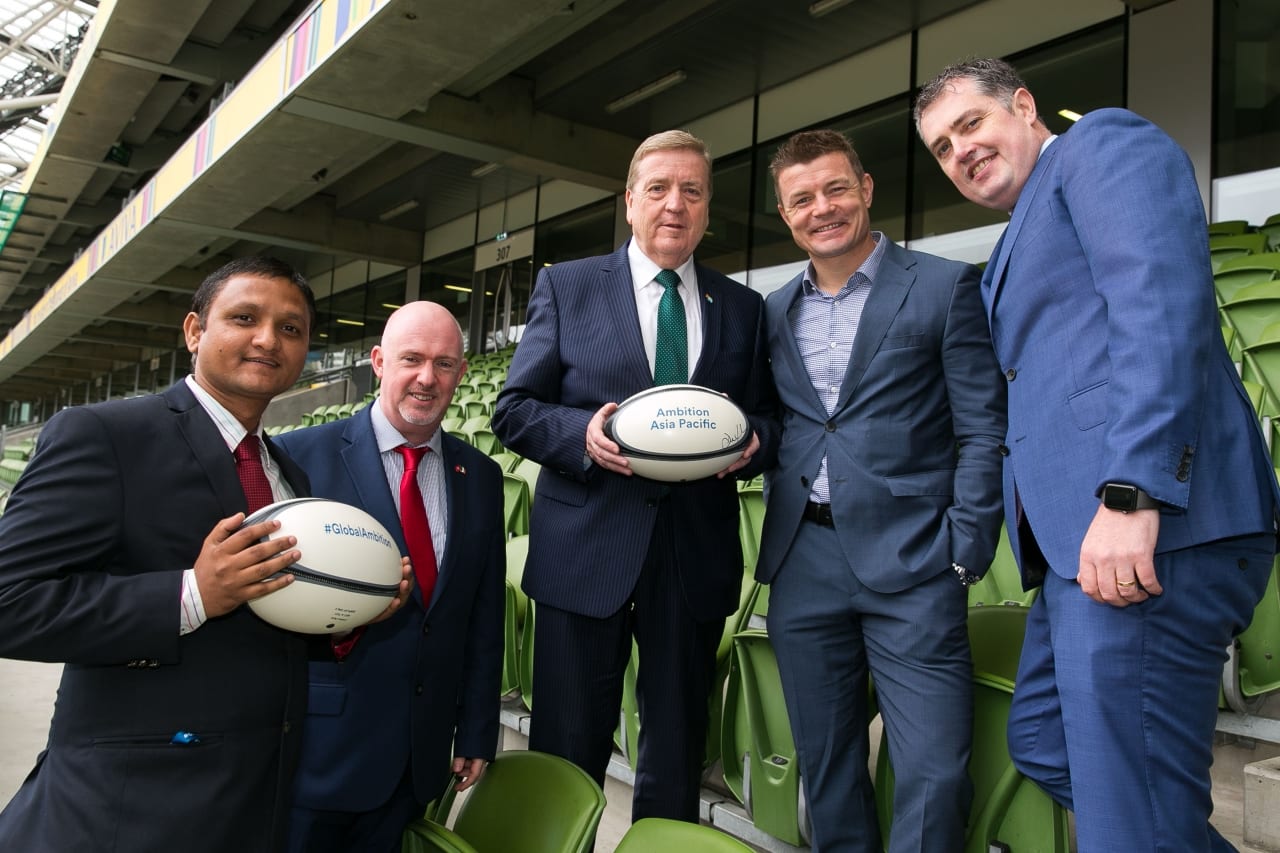 With Irish ambition focused on the Rugby World Cup in Japan, we look back at insights legend Brian O’Driscoll shared on the need to seek out new markets at Enterprise Ireland’s Ambition Asia Pacific event earlier this year.

Holding the Rugby World Cup in Japan marked a decisive change for international rugby but one which holds lessons for Irish businesses, according to rugby legend Brian O’Driscoll.

The former Ireland and Leinster captain was speaking at Ambition Asia Pacific, a major conference organised by Enterprise Ireland.  Drawing parallels between the world of sport and the world of business, he provided insights into how success on the playing field can be translated to business.

Be brave and discover new markets

Among these was the need to be brave and seek out new markets. “The Rugby World Cup in Japan is a new departure and it’s really important. World rugby has obviously realised there’s no point going back to the same markets that are synonymous with rugby, where we’ve had a host of World Cups already. If you want to grow the game, you’ve got to grow into new markets,” he said.

Given that the monies raised during a World Cup are used to fund the game over the following four years, it’s vital that the tournament goes where the revenues are, and “Japan is an untapped market,” he said. 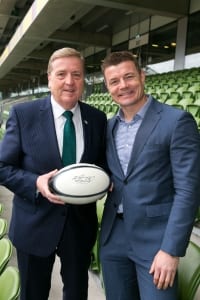 O’Driscoll spoke about his memories of taking up the captaincy of the national team at the age of 23 and being daunted by his relative youth. He realised he needed help.

“There are very few successful teams that are about one person, or one leader. I realised very quickly that I had shortcomings as a leader and that I needed to bring some ideas from elsewhere, from experienced players who had been at the coalface for a number of years, and in particular from the guys that maybe had missed out in the captaincy challenge.” said O’Driscoll

The right culture is enormously important for the success of any team, he suggested. In his case, success came from being in teams where members were encouraged to see their own personal performance as secondary. And a successful team cannot have a blame culture, O’Driscoll added. It must have people who take responsibility for their own actions.

In the digital age, bringing people together as a team can be hard. At Leinster they introduced a rule which helped. “You can walk into a dressing room and have 50 people on their phone, not talking to one another. So we introduced a rule that everyone going in every morning must shake hands with everyone in the organisation. It came from France, where everyone does the two kisses, so we went with a handshake or a fist bump,” he said.

“That five seconds of conversations every day gave you an opportunity to have this commonality with the other person and understand them a little more. In rugby, you’ve got to feel you have each other’s back and it has been an integral part of the success,” he said.

Bouncing back from knockbacks and disappointments is important too, as is learning how to do that.

One intervention that was hugely beneficial to him occurred when a sports psychologist suggested that, instead of concentrating on improving seven or eight facets of his game, as O’Driscoll worried he needed to, he should concentrate on the two which he felt could be world class. O’Driscoll did so, to enormous success.

Focusing on what sets you apart from the crowd, your USP, is good business advice too. Not only will it differentiate you but, as in O’Driscoll’s case, it gives you confidence.

Confidence can also be built on constructive feedback, from customers as well as team members. When he gave up rugby and began a new career in TV punditry, what O’Driscoll missed most was the honest feedback that athletes get. He could find no one to give it to him, so he didn’t improve as fast as he wanted to.

“The only way I was going to improve, to understand where my timing was awful, was through feedback. They all said I was doing great and I said that’s no good to me, I needed to know where I was going wrong. It’s the only way to grow and get better.”

Similarly, in business, feedback from your least contented customers most often deliver the competitive insights that help you win in markets around the world.