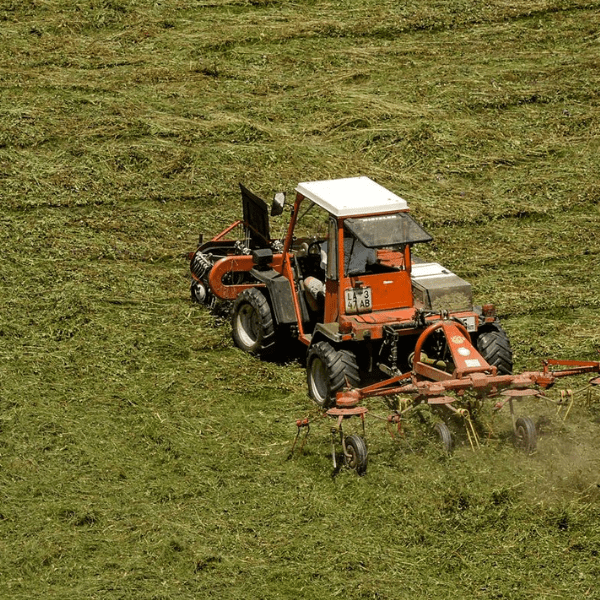 It’s not news that our planet faces unprecedented food shortages, due to growing populations and climate change . But there is hope, in the shape of a new Dublin-based business.

Dr Fiona Doohan, Professor of Plant Health at University College Dublin (UCD), has studied plant diseases for over 20 years. She’s all too familiar with the challenges we face and has worked hard to find a solution. With the support of Enterprise Ireland she is turning that into a cutting-edge response.

“Agriculture is changing dramatically. While we’ve taken an awful lot of the chemicals out of crop growing, we still need to have high yields to feed the population,” says Fiona.

In 2019, she co-founded CropBiome, which creates biological products that can boost crop yields. That means cultivated plants become high in nutritional value and climate-resistant, which is good for the environment and farmers’ pockets.

It was during Fiona’s collaborative research with Trinity College that she realised there was commercial potential in her work. They discovered that there was more microbial diversity in wild plants compared to cultivated plants. In layman’s terms, microbial diversity covers all the organisms that help life thrive. For crops, it drives growth, yield, and adaptation.

“Microbial diversity has been lost through agricultural practices. So, we wondered what would happen if we put it back in?” says Fiona.

They wanted to develop a technology that isolated the beneficial microbes from wild plants, which could then be used on cultivated plants. But they needed to build a prototype, which could then be used to produce products like seed coatings and a soil health indicator. This technology would not only improve the sustainability of crops globally, but also enhance the diversification, safety and transparency of Irish food systems.

Fiona was already aware of Enterprise Ireland’s Commercial Fund from previous projects at UCD. And in 2017, she was successful in her application for funding.

Fiona now had the resources to wrap up the critical scientific issues and create the prototype. It was a long process, as the prototype could only be tested seasonally, to align with crop planting. However, early signs were positive.

In the meantime, they shifted their focus to the business side of things. With the help of Enterprise Ireland, they conducted market analysis and created a business plan. A timeline and a series of milestones were also built to keep the project on track.

“I’m a scientist and that’s a long way from commercialisation,” says Fiona. “These things were new to me. What I know about start-ups now and what I knew then is very different.”

As work progressed, a significant announcement further validated the project. The EU Green Deal was unveiled – a set of initiatives to move Europe to a cleaner, circular economy by 2050. From an agricultural perspective, it would mean removing chemicals from crops and further reducing pesticides and fertiliser. These requirements aligned with Fiona’s long-term goals.

Initially an Enterprise Ireland adviser, Sean’s enthusiasm for the technology would lead to his appointment as CEO at CropBiome. With over 20 years business development experience in agribusiness and life sciences, he would help the company grow further and secure additional investment.

“Sean brought huge value to us. Without his input, we wouldn’t have a spin-out company today. He brought a level of commercial realisation to the project that wasn’t there before,” she says.

For Fiona, years of hard work was about to pay off as the team successfully launched their new microbe discovery platform. Industry recognition has quickly followed, Fiona took home the main prize at the 2021 NovaUCD Innovation Awards. More recently, CropBiome successfully secured the Disruptive Technologies Innovation Fund (DTIF) which will be critical for the further development of the technology.

In February 2022, CropBiome will spin out from Trinity College into their new home in UCD’s innovation hub, NovaUCD. The move was supported by Enterprise Ireland’s High Performance Start-Up Fund.

“Enterprise Ireland has been supportive the entire way. If we hit any glitches, they were the first to help us find a path to overcome them,” says Fiona.

As she reflects on her commercialisation journey, Fiona has some advice for those embarking on their own project: “There were times of anxiety, but there is a huge amount of support that can help you along the way – you just have to reach out.”