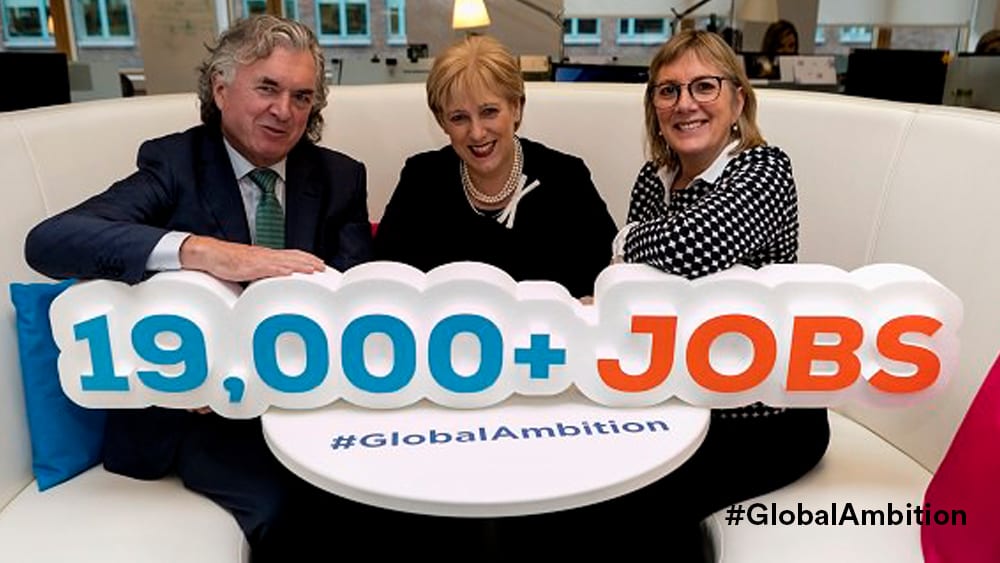 Julie Sinnamon, CEO of Enterprise Ireland, describes how the agency will support Irish companies to target opportunities in key markets in 2018.

Despite the challenges and uncertainty created by Brexit, Irish companies continued to grow global exports in 2017, supporting strong job creation across all regions of Ireland. That positive trend was evident in the End of Year results Enterprise Ireland announced in January at the Dublin headquarters of client technology company Ding, with job creation figures up across every region, every county, and every sector on 2016.

The job creation figures were up on 2016, despite the uncertainty that Irish businesses faced in 2017 in the context of Brexit. 209,338 people are now employed in companies supported by Enterprise Ireland, the highest total employment achieved in the history of the agency. 19,000 new jobs were created across all regions in Ireland last year. The figure represents a net increase of 10,309 jobs for 2017, taking account of job losses. In line with total employment levels, the net increase in jobs, is the highest on record with Enterprise Ireland.

While we welcome these positive results, it not a time for complacency about the forecast for Irish companies in 2018. It is imperative that Irish businesses continue to build on the strength of their 2017 performance and implement robust plans to prepare for the impact of Brexit.

This latest initiative is just one example of the work Enterprise Ireland has undertaken to deliver our strategy, Build Scale, Expand Reach 2017-2020, focused on transforming the innovation and competitive capabilities of Irish companies, to help expand their global reach by diversifying into key export markets.

While the results for the first year of the strategy are encouraging, Brexit represents a huge challenge for Irish companies and is top of our agenda. The Market Discovery Fund, along with our intensive international programme of export-focused trade missions and our recently introduced Agile Innovation Fund, are key supports which are instrumental to helping even more companies grow and reach new export markets.

The Eurozone, and non-Eurozone European countries, have always been important markets for Irish companies but now their importance is significantly enhanced. Consolidating exports to the UK, while expanding the Irish export footprint in markets beyond the UK, is a high priority.

The strong 2017 performance by Irish businesses can be attributed to the continuing growth of an entrepreneurial climate for start-ups, allied to strong jobs growth in sectors such as construction, engineering and life sciences, which all saw an 8% increase. I was pleased to report the increase in female-led businesses, with 63 female-led start-ups receiving backing in 2017. 42% of Competitive Start Fund Approvals were to female-led start-ups.

It is encouraging that job creation was evenly spread across the country in 2017, with every county seeing increases. 64% of new jobs were created outside of Dublin, with the west, mid-west and north west seeing the largest level of increases for 2017 at 7%.

Whatever the outcome of the complex Brexit negotiations that lie ahead, it is vital that as a country we are ready to continue to support Irish companies to drive exports and expand to growing markets.

The new Market Discovery Fund is just the first initiative of 2018 as we work with our partners in government and enterprise to help Irish companies build their scale and expand their reach whatever the challenges on the international horizon.