Female entrepreneurs show leadership credentials as they take it global 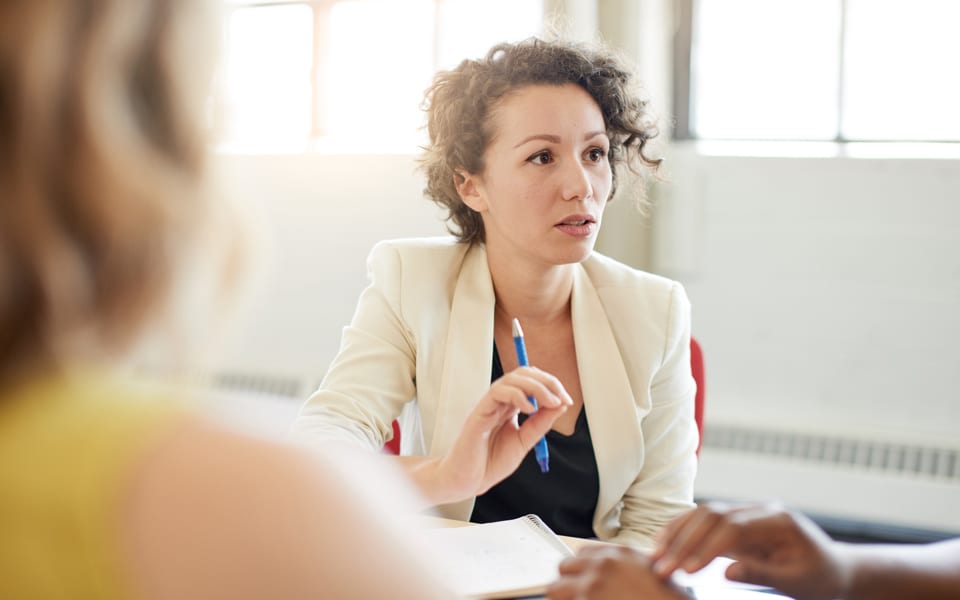 Increasing numbers of women are making the decision to turn great ideas into great businesses.

As aspiring female entrepreneurs find the pathway to success, they are also supporting and inspiring each other along the way, through mentoring and knowledge sharing initiatives such as Going for Growth and ACORNS. This support plays a vital role in fostering entrepreneurship for women in business, from the initial idea through to becoming an internationally trading company.

A sprinkling of fairy magic

It was as Ireland was emerging from the depths of the economic crash that Niamh Sherwin Barry turned what had been mostly a bit of fun into one of Ireland’s most iconic and successful toy exporting companies.

The Irish Fairy Door Company has sold more than 750,000 products worldwide but it started as a chat between friends at the kitchen table one evening in 2013.

Co-founder, Niamh says: “We had these little shapes that looked like doors, and we called them fairy doors, myself and my friend Aoife. We were just discussing what our fairies were doing and laughing about it and that got us and our husbands thinking that we could definitely make money out of this.

“Our Local Enterprise Office in South Dublin was just incredible. We got €78,000 in funding and it was totally business changing. We used it for developing the product, the website, and for marketing on social media. We had been sitting around the kitchen table making the doors ourselves but now we were able to take on carpenters to make the doors.

“The LEO also gave us lots of mentoring and support getting us ready to export, they were absolutely brilliant – and it continued when we transitioned to Enterprise Ireland.

“We’ve received €450,00 in funding so far – a third from Enterprise Ireland, a third from the bank and a third from a private investor – but there has also been mentoring and support for trade shows, particularly in the US and Canada, which are big markets for us.”

The Irish Fairy Door Company recently signed a “game-changing” global animation deal to bring the characters from its fairy stories to Wild Brain, a digital network with 50 million subscribers and a portfolio that includes brands such as Fireman Sam, Curious George, Shopkins and Ben 10.

Niamh says: “This product, this little piece of wood takes the child into their own imagination and has the potential and the capacity to stay in that child’s memory forever – and I don’t think there’s that much out there that would have that power.”

Niamh’s journey with the Irish Fairy Door Company has instilled in Niamh a belief that other aspiring female entrepreneurs can also turn their great ideas into great businesses.

“There is nothing stronger than one woman helping another – I really do feel that. The networks for women run by the LEOs and Enterprise Ireland are tremendous for providing support and belief that you can achieve your goals.”

Anne Reilly was a full-time mother and a part-time lecturer in Irish payroll and employment law when, in 2005, she founded her own company providing payroll services and information to local companies in Co Louth.

Going global wasn’t on Anne’s radar until she received a phone call from an Australian company asking if Paycheck Plus could process payroll for their employees in Ireland.

Anne realised that her company had the makings of something much bigger. She says: “I knew that if a company in Australia could find us and trust us to run their payroll here in Ireland, then other companies could too. But I didn’t really know how to go about getting into an international market or even a parochial market at that stage and I didn’t have a whole lot of business acumen in terms of entrepreneurship.

“I was dropping the kids to school one morning and heard that Louth Local Enterprise Office was having an open day and I decided that I would go there. That was a big deal for me, I was very nervous about going in to meet people in an entity like that because I wasn’t sure whether I’d be judged.

“They gave me five sessions with their business mentor, who explained to me how to go about setting and achieving objectives for myself and the business. That had a huge impact on me and gave me a lot of confidence.”

Today, Paycheck Plus has 17 full-time employees providing payroll services in Ireland and the UK for companies from 18 different countries. Last year, the company was named In-Country Payroll Provider of the Year at the Global Payroll Awards.

“I really do believe that without the help of Louth LEO in giving me that confidence and making me feel less alone, that would never have happened. It was a huge gateway into where we ended up going,” Anne says

“I think many women find it easier to ask other women for help than men do to ask other men for help,” she says. “I also find women very willing to share and that’s hugely instrumental in professional and personal development because the synergy of shared knowledge is so strong.”

Vanessa Tierney leveraged 15 years of experience in recruitment for tech companies when she founded the smart-working matching platform Abodoo. It connects companies with remote working professionals globally through an intuitive technology system that also reduces unconscious bias in the hiring process.

Based in the Wexford LEO-supported Hatch Lab in Gorey, Abodoo received a priming grant in October 2017 but moved quickly into Enterprise Ireland’s High Potential Start-up Unit. The company already counts Shopify, Vodafone, and Apple as clients.

Vanessa says: “Abodoo is like a dating website for remote workers. Our system will feed companies and recruitment agencies with great matches but it’s all automated – there’s no human element to Abodoo.

“We’re matching on skills. You don’t know whether the person is male or a female and you don’t know how old they are – just if they have the right soft skills, hard skills, experience, salary expectations, and connectivity. Only after you invite the match into the recruitment process do employers find out if they’re a man or a woman, if they’re 50 or 25.”

Between angel investment and Enterprise Ireland and LEO support, Abodoo has raised more than €800,000 in funding and is currently conducting a first round of venture capital funding to raise between $6 million and $10 million before launching in the US early next year.

Vanessa says, “We’ve had more than 20,000 people and a hundred companies register on Abodoo and we’ve had hundreds of matches. The majority have been in Ireland with about 20% in England. However, there are 212 million skilled people unemployed globally for whom the traditional workplace doesn’t fit their needs. The VC funding is going to allow us to reach those people, get our matchings to a really superior level, and really grow internationally.”

Eliminating bias is a key element of Abodoo’s mission and Vanessa is conscious that there is still some way to go to level the playing field for female entrepreneurs.

Enterprise Ireland is working with the LEOs to develop a new strategy for female entrepreneurship, which will address some of these issues. Sheelagh Daly, Entrepreneurship Manager (Regions) for Enterprise Ireland, believes that the strong links between the two organisations and an understanding of the vital role both play will be key to doing so successfully.

“There are still areas which pose more challenges for women who are setting up businesses,” says Daly, who is a former chair of the Network of Local Enterprise Offices and was the driving force behind the inaugural National Women’s Enterprise Day in 2007. “The new strategy will be focusing on confidence building, capability building, networking, and access to finance.”

For Vanessa, it is vital that women continue to support, learn, and drive each other forward.

“Women thrive when we can connect with another woman who’s been there done it,” she says. “I proactively reached out to successful Irish women who have gone global, and they have been phenomenally supportive and that is what has given me the confidence to go for it.”