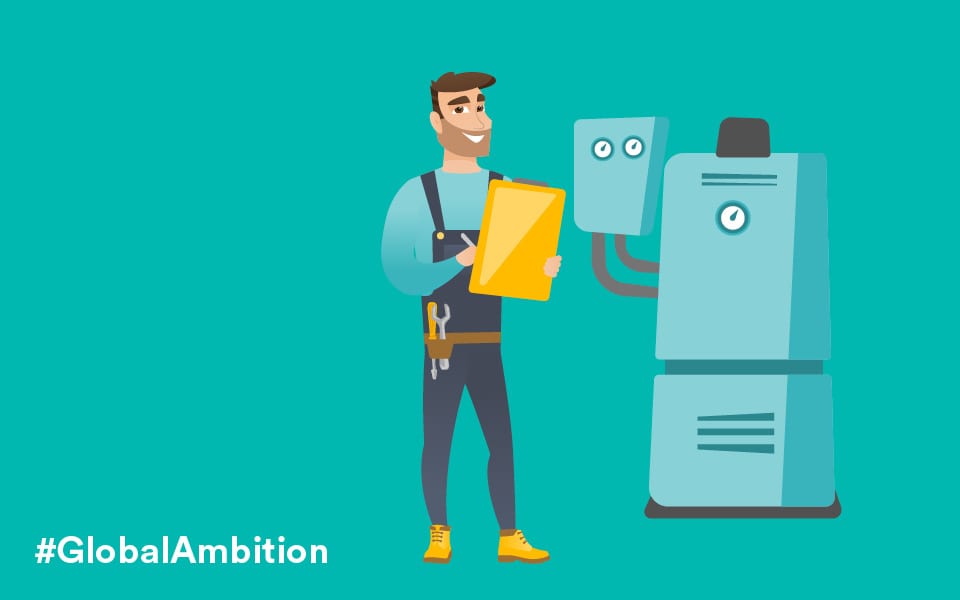 In the wake of the Brexit vote, oil boiler specialist Grant Engineering immediately looked to develop its export markets.

The Offaly-based company employs up to 320 people. It also has operations in the UK, where it employs a further 80 staff and accounts for more than half of the UK oil boiler market.

This year it will launch in France, delegates attending Ambition France, an Enterprise Ireland event, heard.

It started by attending a French trade show, supported by Enterprise Ireland. “It was an opportunity to invite people from our industry to meet us,” said Niall Fay, a director of the company.

The company availed of Enterprise Ireland’s Business Accelerator initiative, which helps companies retain the services of an industry expert in country. “He spent two months contacting local potential distributors and clients, asking them to come to see us at the show and arranging the meetings.”

The result was an unexpected but welcome offer. “Two guys from a company that was of particular interest to us were looking for a career change and were keen to develop the business for us so we agreed to take them on an consultancy basis. We were lucky to find French people with 40 years industry experience between them.”

A Market Access Grant from Enterprise Ireland enabled the company to localise the product for the French market. The company then set up offices and a training facility. Grant established in France as an SAS company, the most common limited liability structure in France, opened bank accounts and registered for VAT.

Having French nationals heading up the company was a huge advantage. “One of the biggest concerns we had was finding someone within the industry who would come and join a company that is a complete unknown in France. We have gotten over that hurdle and now we are looking at sales. It is very common in France to have sales agents all over the various regions of France and that is the route to market we are going to go.”

Here too, having French nationals who know the market, and can assess candidates, has been a boon.

His French hires have extensive knowledge of the agent network and have already selected 12 they reckon can deliver. “That would have been very hard for us to do,” said Fay.

Establishing the right corporate structure is vital, said Noel Cunningham, head of FDI at Mazars in Dublin. While a liaison office can be a good way to test the waters, incurring no tax liabilities in the country, it isn’t a sustainable solution because it precludes the signing of contracts.

And if you have three or four sales people on the ground, you could find you have a taxable presence there.

Hiring locally is important. “But doing your due diligence in relation to who you hire is extremely important too,” said Cunningham.

“Apart from the cost and effort involved in hiring unsuitable candidates, it can also damage your brand. Make sure there is someone back at base who is controlling them and be clear about what type of reports they should be generating,” he said.

Work with people who have an understanding of the different culture and language, said Fabrice Folliot of F4B Development, a French national and market accelerator.

“The mistake is to come into the market from a very strong position in Ireland, even a dominant one, and think that going into to France from that position would be easy. It’s not the case,” said Folliot, citing the common tourist experience of Paris by way of analogy.

“If you start to ask directions in English, no one will stop for you. If you start even with broken French, to show you are making an effort, people will. In business, it’s about making an effort and working with the right kind of people. That is a positive sign that shows you want to invest in, and plan to be in, the market for the long term.”

Despite France’s reputation for bureaucracy, the time it takes to set up a company has been reduced to a matter of minutes online, pointed out Hubert Levesque, managing director of Morgan McKinley France, a recruitment agency.

The “Macron effect” has seen economic growth of more than 2% and unemployment of 5% at executive level, leading to a tightening of labour market, Levesque warned. The result is salary inflation of 7% this year.  “All of this makes it harder and harder to get good high profile candidates if you have a good brand. So when you are entering with an unknown brand, it’s even harder.”

Being open to locating outside of Paris can help.

“Everybody wants to go to Paris but that is going to be more expensive and you are going to be more anonymous. There are other cities too to consider, including dynamic ones such as Lyons, Marseilles or Bordeaux, which is just two hours from Paris by train. Salaries are cheaper there because you can offer a better quality of life.”

Take advantage of the supports available to you, including Ireland’s short “distance to power”.

For more information on doing business in France download our Going Global guide to France.