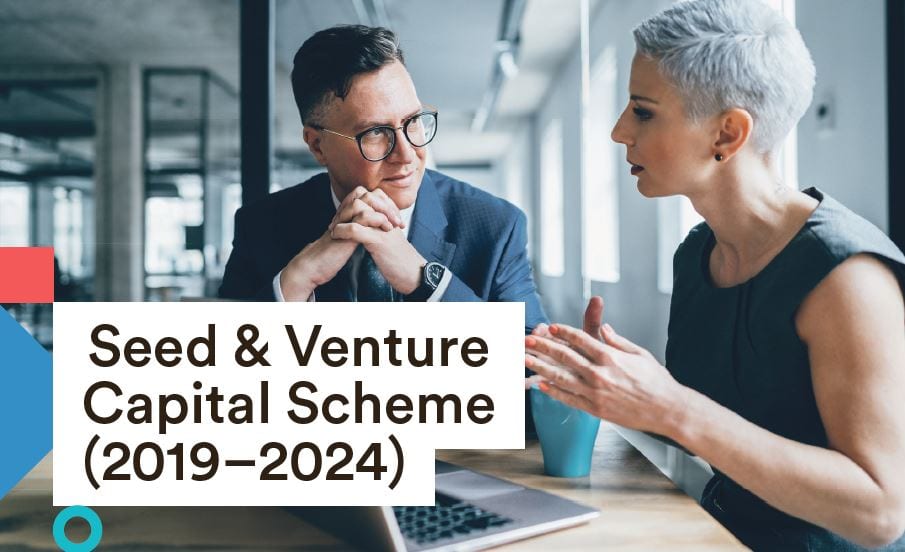 “20 years ago, sectoral definitions such as fintech, agtech and digital health were unknown,” says Claire Carroll. “Now we are constantly seeing the emergence of new technologies, be it iterative within existing industries or new and disruptive sectors such as those that are supporting driverless cars, satellites, Artificial Intelligence (AI) or machine learning. In Ireland we must have an environment that contributes to these innovations, stays ahead and relevant so that we can drive jobs and exports.”

Claire says that the genesis for Enterprise Ireland’s Seed & Venture Capital schemes came over 27 years ago when Enterprise Ireland identified  the need for a functioning venture ecosystem to support the emergence of technology companies as it was not feasible for the state to fund a company’s journey “all the way from establishment, right up to the point where they’re able to stand on their own two feet, particularly the typical High Potential Start-Up (HPSU) companies that need to invest heavily in research and innovation, thereby delaying the timeline to cashflow positivity”.

“Since then, we have had five Seed and Venture Capital Schemes, to help ensure that there is an available and effective overall funding ecosystem in Ireland. To date, €565m has been invested in funds. The most recent scheme of €175m was announced in Budget 2019, and to date four funds have received commitments, whilst a number of others have received an allocation and are scheduled to close over the coming months.”

Enterprise Ireland recently ran an €82m Call for Expressions of Interest for venture fund managers which will lead to more funds being launched over the coming year.

Claire says “The vision of the scheme is to foster a strong pipeline of high-growth, innovative businesses in the Irish economy, and help those indigenous companies at the early pre-seed or seed stage move into their scaling, Series A phase.”

“We need to support fast-growing and disruptive sectors such as fintech and agtech, amongst others. In 2019, we invested €10m in a new European agritech venture capital fund run by Yield Lab, a venture capital company for the sector. Up until very recently, there wasn’t a sufficient cohort of companies to require such a specialist fund. Likewise, Enterprise Ireland has invested €20m across two European fintech funds, Finch Capital and MiddleGame Ventures which will support Irish companies in these sectors and help them scale internationally. When Enterprise Ireland invests in a venture fund, the manager will invest twice what Enterprise Ireland has allocated to their fund into Irish companies – this leverage is at the centre of Enterprise Ireland’s strategy to bring external capital into the Irish SME sector.

Claire highlights the Seed & Venture Capital schemes are also used to drive other aspects of Enterprise Ireland’s strategy such as support for women in business and regional development. The Irish venture sector has an above international average of women involved in investment decision making and we want to grow this further and also, most importantly increase the number of women-led businesses that attract VC funding. We expect our venture managers to ensure they have policies and processes that are supportive and encouraging to women entrepreneurs. Ensuring that Irish businesswomen realise their full business potential is critical to Irish economic prosperity. Likewise, Enterprise Ireland’s decision-making process around commitments to venture funds gives strong consideration to the extent to which the managers will either base themselves regionally or have a strategy to source their investments across the country and not simply around Dublin.

Raising capital is often a challenge for Irish early-stage companies. A key piece of this most recent scheme is that, for those funds focused on the Pre-Seed to Seed Stages of development –  where there’s little revenue in the company – Enterprise Ireland can now invest an increased maximum share of up to 70pc of these funds. This was increased from 50pc in recognition of the challenges finding investors for early stage funds. At this stage of investment, the funds are often co-investing alongside the High Potential Start-Ups (HPSU) programme as companies raise their first external investment.

“What we aim to do is leverage our money, rather than simply hand it out,” says Claire. “So, fund managers need to raise as much as they can from their own resources by ‘matching money’.

For example, if they are targeting a €60m fund, they might get €20m from us and must raise the remaining €40m elsewhere. I think this is great, because depending on their strategy, that can effectively treble the leverage of Enterprise Ireland’s capital for Irish SMEs.”

The €565m funding that has been invested to date has leveraged substantial additional external funding of over €1bn, directly benefiting over 740 Irish companies.