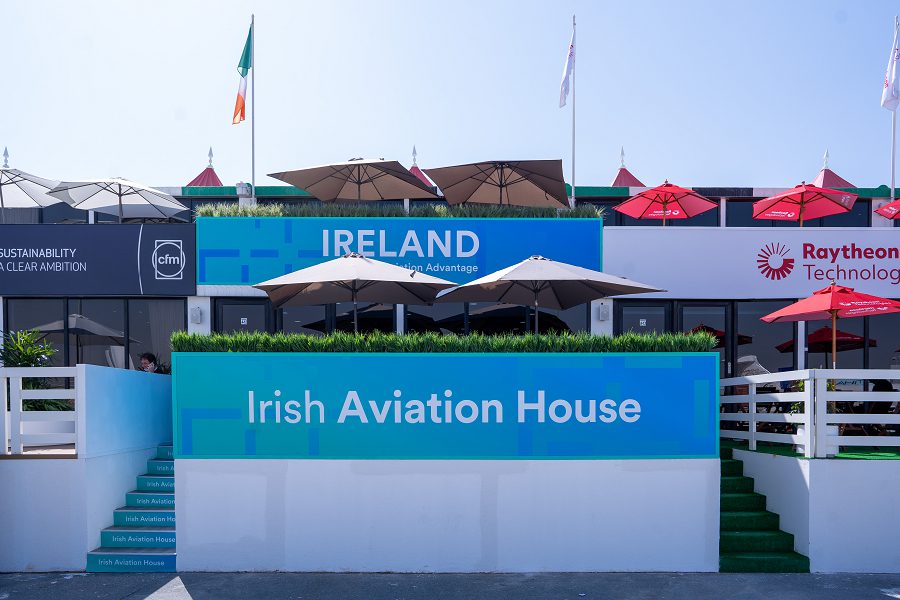 Every industry has been affected by the twin challenges of Covid-19 and Brexit, but it’s fair to say that one of the industries affected the most by the pandemic, in particular, is aviation. Eighteen months of grounded fleets, changing restrictions, lockdowns and reduced capacity took its toll on the industry resulting in redundancies, closures and mass disruption.

But travel remains a necessity in today’s business world, and thankfully things are finally looking up for global aviation. Mass vaccination programmes and the easing of restrictions mean that people are once again travelling abroad, and there has even been reports of pent-up demand in both business and leisure travel. While virtual platforms kept the business world ticking over during the pandemic, there appears to be a general realisation that these could never replace the power of face-to-face meetings – thus resulting in a big increase in air transit activity once restrictions were eased.

But while some semblance of normality has returned, it’s fair to say that the pandemic has resulted in huge changes for the industry.

“Companies and stakeholders are now looking for innovative solutions to substantial challenges in many areas,” says Alan O’Mahony, International Market Advisor in the Middle East and North Africa.

“With a strong and growing ecosystem that covers virtually every area of the sector, Irish companies can now offer a compelling package of solutions for every challenge faced by global aviation companies.”

It’s no surprise that Ireland is leading the way once more as aviation enters a new age. Our long and proud history in aviation dates way back to when pioneering aviators Alcock and Brown landed in Ireland after the world’s first transatlantic flight. We also introduced the concept of duty free shopping to the world at Shannon Airport in the 1940s. Most significantly, Ireland’s Guinness Peat Aviation launched the concept of aircraft leasing in the 1970s – today Ireland commands around 60% of the global leasing market, with more than 50 aircraft leasing companies with a presence in Ireland.

In more recent years, the concept of low-cost flying was pioneered by Ryanair in the 1990s, turning the airline into Europe’s largest by passenger numbers. We have also produced some of the most important people in global aviation today, including Alan Joyce, Chief Executive of Qantas Airways; Willie Walsh, Director General of IATA; and Michael O’Leary, CEO of Ryanair.

Today, Ireland is home to a thriving ecosystem of 250 aviation and aerospace companies that spans all aspects of the sector, from maintenance, repair and overhaul (MRO) to simulation training.

“These companies have proved their resilience and flexibility by producing solutions to some of the most serious and urgent issues faced by the global aviation industry today,” explains Alan. “These include travel tech solutions, such as the world’s first widely adopted mobile health passport, VeriFLY from Daon; technical textiles, such as anti-microbial carpets from aircraft interior experts Botany Weaving; and training and development, such as simulator training for pilots and crews from Simtech Aviation. In addition, Irish MRO operators such as Atlantic Aviation Group, Dublin Aerospace and Eirtech Aviation Services have made acquisitions of facilities in Ireland and the UK to increase their capacity for international business and take advantage of the impending sharp rebound in air travel.”

To demonstrate our strong offerings in aviation’s new dawn, Enterprise Ireland launched the Irish Aviation House at the Dubai Airshow in November, the only international airshow to be held in 2021. This world-class show is known for facilitating thousands of face-to-face meetings, commercial deals and new partnerships. For example, the 2019 Dubai Airshow achieved an order book worth a staggering $54.5 billion.

The Irish Aviation House was a new collaborative concept that brought together the best of Ireland’s aviation and aerospace ecosystem under the one roof. It was designed to showcase the strength of Irish aviation stakeholders in every area of the industry, such as MRO, aircraft interiors, training & recruitment, technology, aerospace manufacturing, drones and, of course, aircraft leasing.

“Our aim was to build stronger ties between Irish aviation and aerospace companies and global aircraft lessors headquartered in Ireland,” says Alan. “We have an incredibly strong complementary offering, which along with our traditional strengths, makes up a truly compelling offer for international airlines and aviation stakeholders. Even before the show, the Irish Aviation House attracted a lot of attention from leading airlines and companies in the Middle East and worldwide.”

The Irish Aviation House proved to be the perfect showcase for innovative Irish companies in the world of aviation; a showcase that was strengthened even further by Enterprise Ireland’s hosting of a symposium event in conjunction with IATA at the Dubai Airshow, which was attended by Tánaiste and Minister for Enterprise, Trade and Employment, Leo Varadkar. Attendees included CEOs from some of the world’s biggest airlines, including Emirates, Fly Dubai, Egypt Air, Kenya Airways and Kuwait Airways.

Showcasing such innovative talent in the Irish aviation industry in Dubai cements Ireland’s reputation in global aviation – a reputation that we intend to nurture and grow right into 2022.