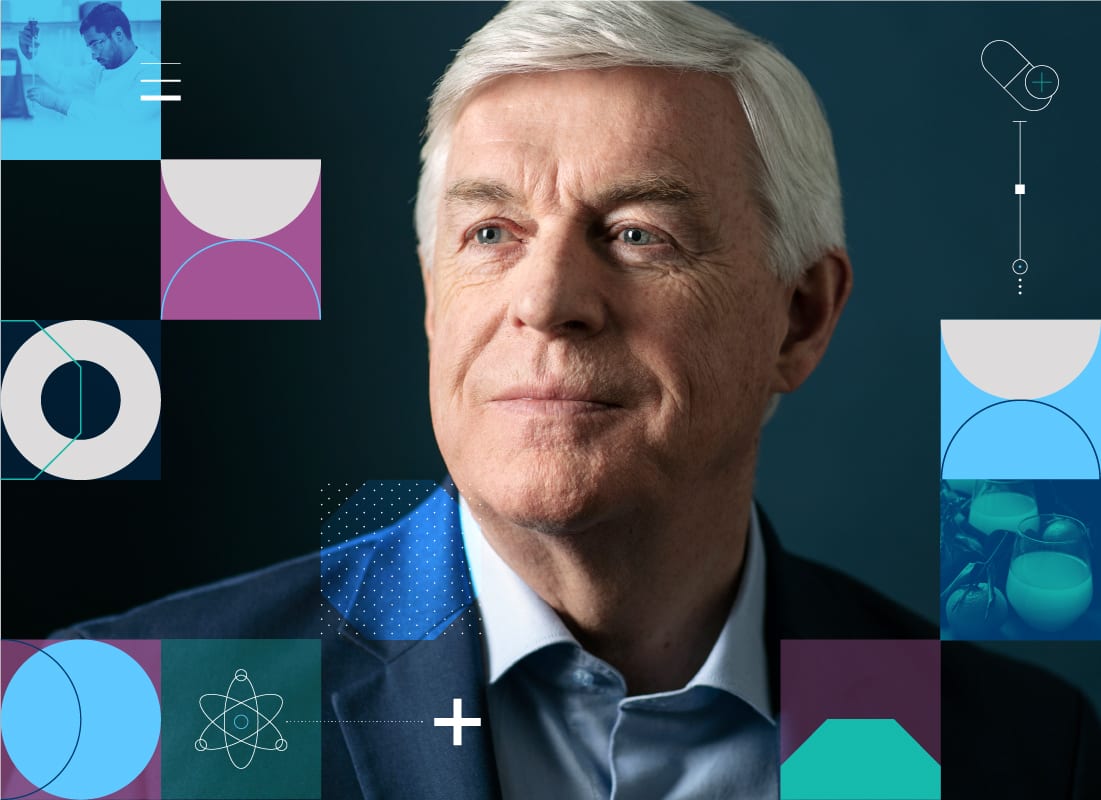 “It can feel like you’re on your own when you’re running a start-up. HPSU provides you with a mentor who is experienced and has seen it all.”

Every year in the world of health and wellness, alternatives to traditional medicine and big pharma are gaining popularity. Instead of relying on medication to treat health conditions, many are preempting illness with healthy diets, exercise and nutritional supplements. Tuning into the growing popularity of nutritional products in Ireland, a collection of health professionals and scientists in Galway teamed up to meet consumer demand.

Originally, the group hoped to source products from outside of Ireland. Daithi O’Connor, a finance, management and marketing specialist, was hired for his business acumen. After 12 months of product and market research, he told his colleagues that if they wanted to sell a groundbreaking product in a competitive global market, they would have to create a new brand. In 2011, newly appointed Managing Director O’Connor and his team of specialists set out to create an original, high-quality, easy-to-take supplement with multiple health benefits. The result: Ireland’s leading “super supplement,” Revive Active.

“We set out to make the best-quality super supplement on the market. That was first and foremost, and then we asked, ‘How are we going to pay for this?” said O’Connor.

O’Connor says the company always had huge plans for growth, but its first priority was survival. Funding was needed in order to grow production, get people on the road and supply retailers as they grew. So, in 2013, O’Connor contacted his local Enterprise Ireland advisor. He says Enterprise Ireland immediately recognised that the product had global potential and Revive Active was fast-tracked through the application process for High Potential Start-Ups. At the start of its involvement with the programme, HPSU pledged to match all the company’s fundraising efforts, which armed the company with the financial strength it needed to expand.

Once it had HPSU funding and support, Revive Active began to grow in earnest. Over the last eight years, the company has expanded its offering to include 10 tailored products, including personalised nutrition, beauty regimens, memory boosters, age-specific supplements and more. It’s gone from six employees to more than 40 and can be found on the shelves of pharmacies and retailers throughout Ireland and the UK, including Selfridges, Whole Foods and John Bell & Croyden. It also ships worldwide via its website. Revive Active’s revenue has averaged an increase of 35% per annum.

Next year, the team plans to set its sights on the ultimate health and wellness marketplace: The United States. An impressive 77% of American adults take nutritional supplements, which makes it the perfect place to introduce a new, revolutionary “super” product. O’Connor says Revive Active will take its time, conduct extensive research and expand into the U.S. market when the time is right. It already has a growing consumer following in the US as it exports directly from its Galway warehouse.

The collaboration between Revive Active and Enterprise Ireland was a success. Revive contributed a high-quality product and loads of ambition, while HPSU added everything else needed to catapult the business from small-time to international best-seller: funding, mentorship and market access.

O’Connor admits things would be very different if Revive Active had never connected with HPSU. The funding enabled the supplement company to increase employment, which in turn gave it the ability to develop in other areas. In addition, he says the research and data that Enterprise Ireland made available to its team was instrumental in decision-making as it expanded its operation. He would recommend that any start-up business take advantage of the mentorship and professional knowledge on offer through Enterprise Ireland.

“It can feel like you’re on your own when you’re running a start-up, HPSU provides you with a mentor who is experienced and has seen it all. It means you have someone you can talk to who is knowledgeable in the sector you’ve chosen. This type of support is invaluable for a start-up.”

Since exiting the programme, Revive Active has opened its own production plant in Mullingar, which was a direct result of advice given by HPSU and is hugely positive for the business, especially in light of Brexit. O’Connor also points to international sales as one of the undeniable benefits of its time in the HPSU programme. Enterprise Ireland’s advisors on foreign soil were instrumental in assisting with industry introductions. They also offered particular knowledge of the international marketplace, which was crucial to the Revive Active team as it reached out to retailers in the UK.

“HPSU funding and mentorship were essential to us. Without Enterprise Ireland, we wouldn’t have progressed to where we are today,” O’Connor says. “We wouldn’t have had the confidence or money that we needed to grow.”

Click here to learn more about becoming a HPSU or contact our Start-Up Enquiries Team to find out more.