Stories from the road – Irish CEOs in Asia Pacific 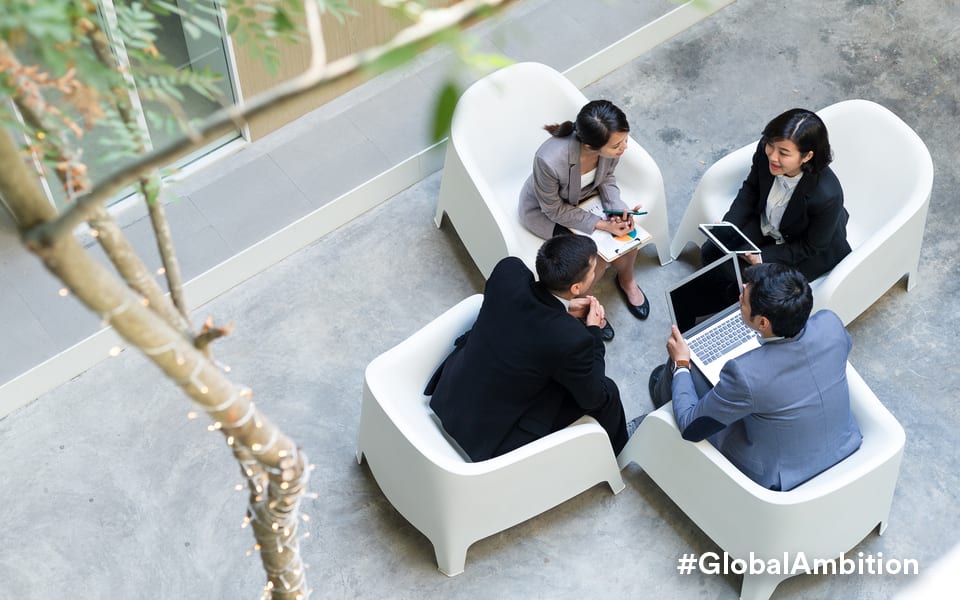 Winning business in AsiaPac is a marathon, not a sprint, for Irish fintech company Fenergo.

“We’re asking banks for between €30 million and €50 million, so these are big ticket deals. You don’t just walk up and ask for that kind of money. For us, closing deals is the equivalent of running a marathon, in that there are 26 units of work to be done, and it takes us between nine and 12 months to complete,” explained Marc Murphy, CEO of Fenergo.

He was speaking onstage at Routes to Growth Asia Pacific, a major conference organised by Enterprise Ireland at Dublin’s Aviva Stadium.

Even in a fast-paced sector like fintech, don’t expect speedy results, he cautioned. “For all we talk of digital revolutions, it’s still a pedestrian pace for big institutions. To get people to put their career on the line to back you is a big, elongated process. It’s about old-fashioned feet on the street. They want to see roots, they want to see you hiring locally, putting investment and commitment in.”

Asia currently represents 35% of Fenergo’s business. “Our beachhead in the region was Australia,” he explained. “We now have five of the largest Australian banks. From there we went after Singapore, we now have three of four local domestic banks there. We also have a presence in Tokyo, and in the next quarter we will have signed three of the large five Japanese banks.”

One of the ways Fenergo made inroads into China was via the overseas branches of banks such as Bank of China and ICBC, “they are giving us the opportunity to go into mainland China,” he said.

Certain steps can help your progress, such as using the Irish embassy for a launch, as Fenergo did in Singapore. Making key industry hires who are known locally is also helpful.

The company currently employs 90 people across AsiaPac, and has invested around €7 million in the region.

“The basics that we do in London and New York, we will do in Singapore and Tokyo too. There might be cultural differences, such as, in Tokyo, the C-Suite will only talk to the C-Suite, so you find out the customs of each society, but the principles of how we do business are no different whether it’s Toronto or Singapore.”

CAE Parc Aviation first began doing business in the region almost three decades ago, said chief executive, Frank Collins. Today, 45% of its worldwide business comes from Asian companies. Moreover, 25% of its business is with Irish companies whose own customers are in Asia. All in all, “it’s a massive market for us,” he said. Parc now has seven offices spread across five AsiaPac countries.

Opening its first office in Tokyo, in 2006, proved pivotal, enabling it to develop deeper relationships. It now has three offices in China and employs 15 people in the region in total.

“Our experience was that though we found we could grow really fast – because of the growth in aviation – the hard part would have been to deliver. So we hauled back and decided to concentrate on three or four of the main airlines there and deliver a really satisfying product.”

Expansion can bring constraints for any company. “For us cash flow has not really been an issue. Our experience has been excellent in terms of getting paid,” said Collins.

“For us, it was just the length of time it took, and the regulation involved, in supplying pilots. Between the time you find a pilot and the time you have them fly, it can be months in certain Asian countries, so you’ve got to be prepared to have people on the ground, working through that, before you earn a penny. That’s the real investment, time and resources. But if you are not prepared to put in the time, and the people on the ground, don’t bother, you just won’t win.”

Barry Napier, CEO of Cubic Telecom, first discussed the possibility of entering the region with Enterprise Ireland in 2010. Its initial market was Hong Kong, followed by Australia and New Zealand, Singapore and Japan.

Cubic Telecom also benefited from Irish embassies in the region. “Regulation is very different in every market. A key thing we leveraged from Enterprise Ireland was an introduction to the local ambassadors. They know about the laws and the regulations, and how to work within the community. It’s about networking, use that abroad,” said Napier.

Douglas Proctor is Director of UCD’s International office. The university currently has 5,000 students from the region studying at its campus, plus a further 5,000 studying in partnership arrangements in countries such as China, Singapore, Hong Kong, Sri Lanka, and Malaysia. “One of the key things universities can offer is to act as a broker for Irish industry in terms of partnerships and R&D in the region,” he said.

UCD has around 20,000 alumni living and working in the region, which “if you map that across the seven universities in the country, means there are Irish people trained and working and ready to support your export aspirations in the region,” he said.

Thinking of the market in terms of clusters, rather than geographies, helped Fenergo tackled what is a vast region.

“In our market, banks all move together. We have all the Australian banks, for example, and we get them together, which can take two or three years,” said Mark Murphy.

“Divide your market into sub-segments and go after them like they are clusters. Put every resource you can against one of those sub-segments – call it a beachhead in terms of how you tackle them – and overwhelm them with customer service. Overwhelm them with delivery. Make them feel like you are bigger and better than Apple and Microsoft, and all the other big brands out there.”

“That has been our real formula for success as we’ve gone after new markets and it has proven to be our success in Asia too.”