Irish firms should put their money on India for decent returns 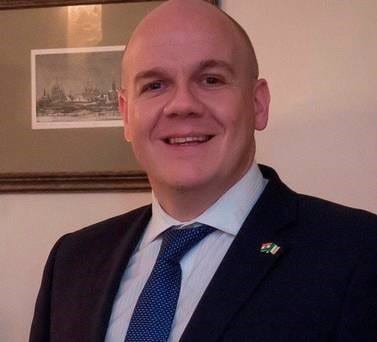 Enterprise Ireland’s Rory Power, Manager for India and South Asia, ruminates on the potential opportunites for Irish businesses in India.

When India’s Prime Minister Narendra Modi withdrew 500- and 1,000-rupee notes from circulation at less than 24-hours’ notice earlier this month, it set off a storm of controversy.

Peculiarly though, while painful in the short-term, the Indian public is broadly supportive of the measure – but not the means of implementation – because it aims to clamp down on counterfeiting, increase tax take and stifle funding for criminal organisations.

It is estimated that 90pc of business in India is cash-based and that the black economy accounts for around 20pc of GDP.

Queues formed outside banks almost immediately after the announcement, as holders of the “demonetised” notes – worth €7 and €14 respectively – lodged them into their accounts in order to realise their value. The government’s swift action was taken to prevent tax evaders with huge stashes of the notes trying to exchange them for other denominations.

While the intention of the measure was to target what is referred to here as black money, it had an unexpected knock-on effect. Because so much cash was being lodged into banks, it drove interest rates down. The State Bank of India has announced it will cut lending rates.

Many analysts believe the withdrawal of the notes, which account for an astonishing 86pc of the total value of currency in circulation, will be economically beneficial.

It was an eventful time for Enterprise Ireland to be hosting a trade mission, as 13 companies led by Minister of State for Small Business, Pat Breen arrived just days after the surprise announcement. The issue dominated the media and there were huge queues outside banks – though no protests.

We had companies involved in aviation, financial services, health, ICT and education on the mission. These are all sectors where India offers considerable opportunity.

The country has been growing at an average 7pc annually for the past 20 years, has a median age of just 25, and a middle class estimated to increase tenfold over the next decade. This growth is expected to continue.

We visited Bengaluru (formerly Bangalore) as part of our mission. There, Shaw Academy and India’s largest e-commerce marketplace Flipkart agreed a deal for the Irish online educator to provide certified courses in photography. In Delhi, a partnership between Irish video conferencing specialists Vu2Vu and Indian company LAMHAS Satellite Services was agreed. And Shimmer announced details of a €3.5m joint-venture with Essen Technologies, which will see the Dublin-based firm’s sensor technology incorporated into Essen’s wearable ECG monitoring device.

Expanding opportunities in the aviation sector was a key objective of the mission. Minister Breen met the Indian Minister for Civil Aviation and addressed the Aero Expo India convention attended by key decision makers and stakeholders from the Indian aviation, aerospace and related industries.

Most significantly, Minister Jayant Sinha agreed to lead a senior delegation from the Indian aviation sector (poised to be the third largest in the world within 10 years) to Ireland to meet with Irish companies and to explore potential partnerships.

Minister Breen also highlighted Ireland’s capacity as a study-abroad destination during an Education in Ireland fair. Fourteen Irish Higher Education Institutes are participating in the event which tours four cities.

India is a stable democracy with a strong business ethic. The market still poses bureaucratic challenges but has been making progress; and the almost-universal conduct of business through English removes at least one hurdle to entering the market. As the clients on our mission have shown, Irish companies can thrive in India with the right approach and a little persistence.