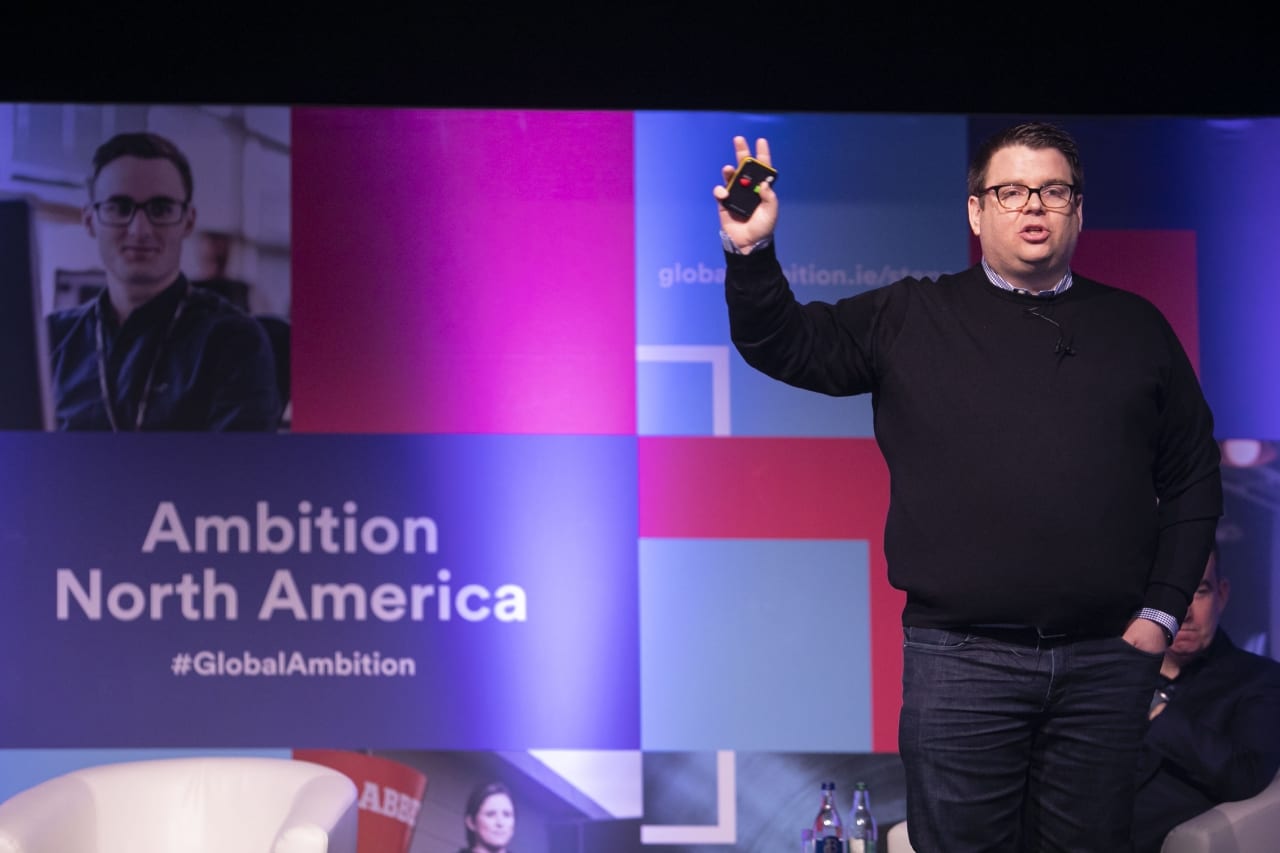 When Alan Turing devised his eponymous computer he could have had no idea that it had set in motion multiple technological innovations so disruptive the effects will likely eclipse the last Industrial Revolution.

That’s according to SKOUT CYBERSECURITY CEO, Aidan Kehoe, whose foray into the US market 15 years ago led to the foundation of his global business. The technology set in train by Turing has led to seismic shifts that we have still yet to fully grasp and is fueling innovation in artificial intelligence, privacy, big data, blockchain, connected cities, cloud computing, voice, audio, augmented and virtual reality.

Innovation key to getting heard in US market

They are megatrends, according to Kehoe, who asked delegates at Enterprise Ireland’s Ambition North America event: “Do you want to be part of the megatrend or deal with the consequences of it?”

The question posed is important because, according to Kehoe, the US economy has embraced megatrends. Innovation is seen as a key driver in business and is part of the US business psyche. Any value proposition that speaks to innovation and solves megatrend problems and pain points will get a hearing in the US.

“To understand the American business mind, you have to realise they start from the perspective that they have no choice but to make it. That, in itself, acts a great driver for innovation,” says Kehoe.

In almost every sector, from AI, machine learning, fintech, medtech, agritech, pharma, life sciences and beyond, the US leads, and thrives on, innovation. More patents are filed in the US than any other country; in fact, it files three times as many as its nearest competitor, Japan.

It’s why, if you have an innovative solution, be prepared for the US to at the very least, give you facetime.

Don’t try to be all things to all people

As the world’s largest economy, currently enjoying a decade of unbroken growth –  last year nudging 4.95% – and a GDP of $20.49trn, the US remains the prize export market. But exporters attempting to ‘break’ America can run into common pitfalls, not least viewing the United States as a single business monoculture.

David Walsh, CEO of Netwatch, which has 250,000 customers in North America, told delegates that the US is “where you go to scale” but warned:

“You simply cannot be all things to all people over there. You have to be clear what you can deliver and even clearer on what you can’t. It’s effectively 50 different markets sharing the same bit of land. We concentrated on four key markets and built on that. California is not the same as Texas and neither are the same as the East coast.” says Walsh.

Enterprise Ireland’s Market Research Centre at its Dublin HQ in EastPoint (and via eight regional hubs), together with grant funding such as the Market Discovery Fund, will help you to put boots, not only on the ground but in the right place to build your network.

Once in the US, do not fall into the trap of trying to bootstrap your operation, said Rob Rae, co-founder of Littus, the business development consultancy.

“Time and time again, the biggest and worst mistake we see is firms falling into the DIY trap, trying to do it all themselves. It’s only natural, Irish firms are entrepreneurial and it’s worked in other markets in the past and in Ireland but this is a different ball game. Spend your money on expertise at this early stage because it will save you many multiples later on, if what you did on your own goes wrong.” 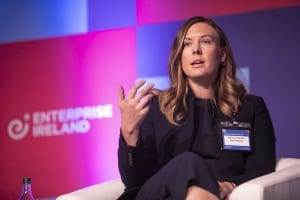 Key to planning is securing visas for your team in the early stages. Business visas will help for initial networking and sales but ultimately you will

need resident work visas and the paperwork can be lengthy and detailed both in time and scope, added Rebecca Mancini, Corporate Immigration Attorney at Clark Hill.

“The climate under the current administration is ‘buy American, hire American’ so in bringing skilled staff from abroad, you need to demonstrate why a US citizen could not do that.” For Irish firms with IP and trade secrets that cannot be replicated, this should be emphasised and should help the process to get key personnel in place, added Mancini.

If you have your market fit and personnel in place, be prepared for being able to scale, said SKOUT’s Aidan Kehoe, a sentiment echoed by Monaghan-based forklift manufacturer, Combilift.

For Kehoe, he had no doubt that riding the current internet megatrend was fundamental to the firm’s success.

“We’re in cybersecurity. Even if we weren’t any good, we would probably be doing very well indeed. That’s what riding the megatrend means.”

Learn more about doing business in the USA and Canada and the Enterprise Ireland supports available.