How Modular Automation transformed into a substantial international exporter 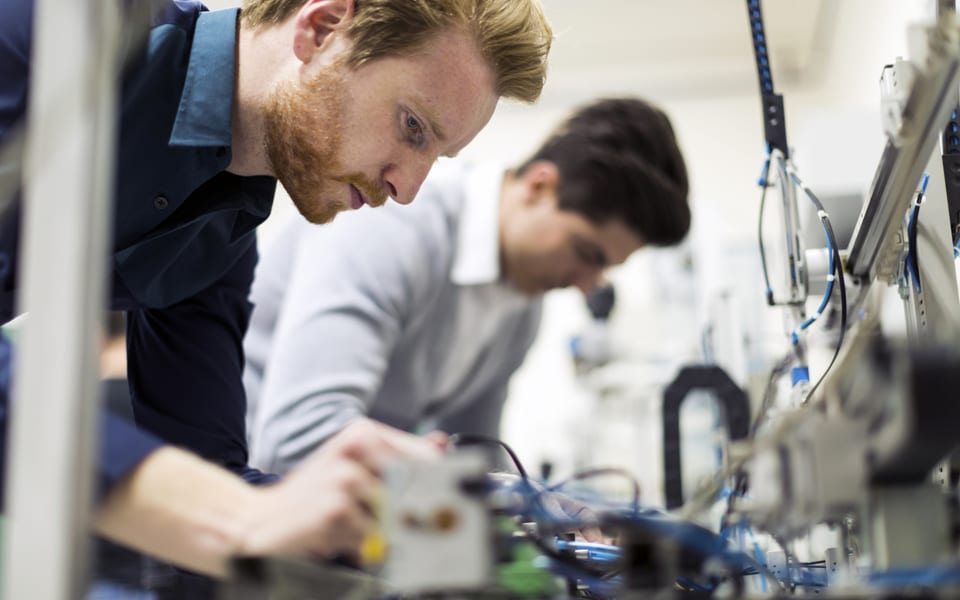 Over the past five years, Modular Automation, a 32 year-old Shannon-based company that delivers advanced technological solutions for the manufacturing industry, has grown its business significantly thanks to export success.

The company delivers automation solutions for advanced manufacturers, including custom solutions and build-to-print machines for clients such as Johnson & Johnson, Boston Scientific, Stryker and Medtronic.

Working with these companies’ manufacturing sites in Ireland provided Modular Automation with invaluable opportunities to sell into their sister sites overseas, attendees heard at Competing for the Future, a breakfast briefing organised by Enterprise Ireland as part of its International Markets Week programme.

International markets are now “hugely important in terms of reaching our ambitions for growth,” said Farrell.

Three years ago, the company opened a US office, in Florida. The idea was not just to service the sister sites of clients in Ireland but to also serve as a base from which to develop new customers.  “That is our strategy for growth and it is working for us, but it’s only achievable if we do a good job for the multinationals in Ireland, and critical to that is R&D and innovation,” she said.

“We’re investing heavily in R&D and innovation in Ireland and we see that as a catalyst for growth, in particular in the US.”

Much of Modular Automation’s research and development comes as a result of co-investment with customers here. “The machines that we develop for our customers haven’t existed before, so it’s primarily custom automation. It’s new and it’s risky, and it involves a lot of R&D. But when we crack it, very often there’s a market for that in their sister sites,” she said.

Winning business across the US

While Modular Automation already had a significant customer base in Florida when it chose to locate there, the company has succeeded in winning business right across the US, from New York to the West Coast.

“We opened the office in 2015 but started planning it in 2014. The background to it was that there was a lot of discussion around Made in America at the time. We felt it was a risk that was going to make it more difficult for our customers – and potential customers – in the US to do business with us, unless we had a base there. We felt we needed to commit investment to the US, get boots on the ground, and show we were there for the long haul and willing to invest in the US market.”

Setting up the new office was challenging. “We were naive at the start in thinking that after maybe 12 months we’d have secured our first new deal. In fact it took double that amount of time. That was one of the key learnings we made,” she said.

It was an expensive time. “You’ve got a lot of set up costs and hiring in the US is expensive as well. There were a lot of lessons in the first two years of set up but thankfully it is starting to pay off now. We’ve secured some nice deals and are hoping to grow that into the future.”

She advises anyone thinking of following suit to “put it down on paper. There’s nothing like getting your ambition down on paper and seeing it through.”

Make the most of Enterprise Ireland supports

Make the most of Enterprise Ireland’s supports. “There are 650 clients here at this event alone,” she said. “We find it a fantastic resource, being able to tap into businesses that have already made the move is hugely helpful, talking to people who have done something similar to what we were planning.”

The US is an easy place to do business but it can also be overwhelming because of its sheer size, she said. “Getting on the ground and engaging with the Enterprise Ireland representatives who are out there and who know the landscape is hugely helpful.” Staff from Modular Automation also attended Enterprise Ireland trade missions, which helped make initial introductions to new customers.

“Tap into that network, talk to other businesses, talk to the Enterprise Ireland staff, get on the ground,” she said. “Be brave and take the leap.”

For more information on entering the North American market visit our dedicated US Markets page.