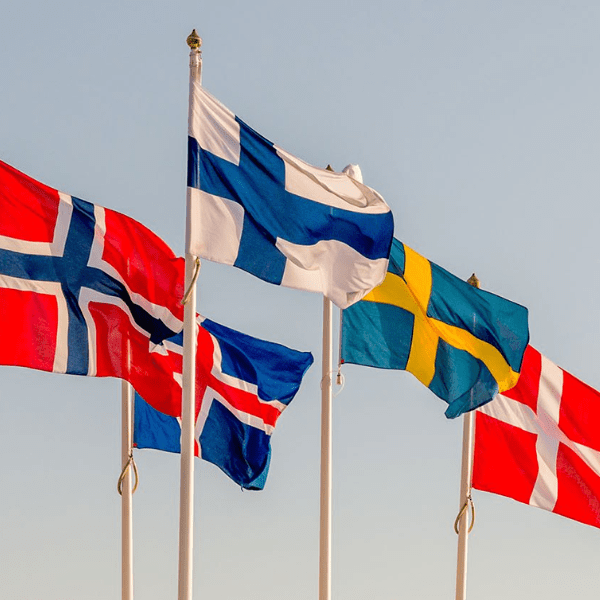 While our new trading relationship with our closest neighbours has caused some challenges for Irish companies, the UK undoubtedly remains a critically important market for Irish industry, and an important first export market.

In fact, at the recent International Markets Week event run by Enterprise Ireland in the RDS, one of Ireland’s biggest annual business events, new exporters and start-ups comprised two thirds of the Irish companies meeting with the organisation’s team of UK market advisers. Despite evident challenges, this market is still hugely attractive to Irish exporters.

It’s not surprising, when we consider that the UK and the Nordic markets collectively accounted for €9.6 billion of global exports from Enterprise Ireland-supported companies in 2021. That represented 35% of all exports from Enterprise Ireland-supported companies last year, and an increase of €1.38 billion on the previous year.

Despite the additional complexities since Brexit, it’s clear that the UK remains the dominant market for many of the companies supported by Enterprise Ireland, says Marina Donohoe, Regional Director UK, Nordics & Global Procurement, Enterprise Ireland.

As we build on the strong links that have been in place between our countries for centuries, we’re also seeing a new generation of exporters across sectors such as digital technologies, renewable energy and modular construction.

Likewise, in London, which remains the financial services capital of Europe, Irish companies specialising in digital finance and payment technology have an impressive reputation in this highly regulated industry.

“Consumer retail is another thriving sector for Irish companies exporting to the UK,” explains Marina.

“In the past decade, we’ve seen brands such as Therapie, Max Benjamin, Pestle & Mortar and Gym+Coffee become really well established there. And recently, the hugely popular Irish beauty brand Sculpted by Aimee has also launched in Boots stores across the UK.  It’s also worth bearing in mind that the UK is the third largest e-commerce market in the world.”

Scaling from across the UK

We’re also seeing more and more Irish exporters who appreciate the value of starting their UK operations in cities such as Liverpool and Manchester, and scaling from there. In these locations in particular, they benefit from long-standing relationships between the cities and Ireland.

Throughout the UK, Irish companies employ 117,000 people, making an important economic impact in their nearest market. Enterprise Ireland has expanded its team in the UK in recent years, opening a new office in Manchester in 2018 and planning to expand our footprint to Scotland in 2023.

Exports to the Nordics from Enterprise Ireland-supported companies are also growing rapidly, and have risen from €442m in 2011 to €1.24 billion in 2021.

“While there is a preconception in Ireland that these markets (Denmark, Sweden, Norway, Finland and Iceland) are expensive and difficult to access, once companies start to do business in the region, they find it is much more accessible than they initially thought,” says Marina.

In fact, English is widely spoken and customers in the Nordics are willing to pay for innovation, with particular opportunities for Irish firms across high tech construction, life sciences, digital technologies and consumer retail.

“As these markets combined represent the 11th largest economy in the world, they’re a natural focus for consideration for any Irish business seeking to expand its internationalisation focus,” Marina adds.

Expanding services across the Nordics

Reflecting the strong demand for support and the clear market potential, Enterprise Ireland expanded the team, opened its office in Copenhagen in 2019 and established a wider network of pathfinders throughout the region. We also plan to extend our operations in the Nordics in 2023.

Regardless of the preconceptions, Irish firms may have about doing business in the UK and the Nordics, the statistics clearly tell the story of Irish companies scaling well in these markets.

For other Irish businesses keen to emulate this success, we recommend doing focused market research, understanding your value proposition and how to differentiate yourself in these crowded markets, and then committing to them by visiting often and having a presence on the ground.

Learn more about the opportunities in these markets and get crucial market insights in our Global Ambition deep dives for the UK and the Nordics.