Russia back on the radar for Irish exporters 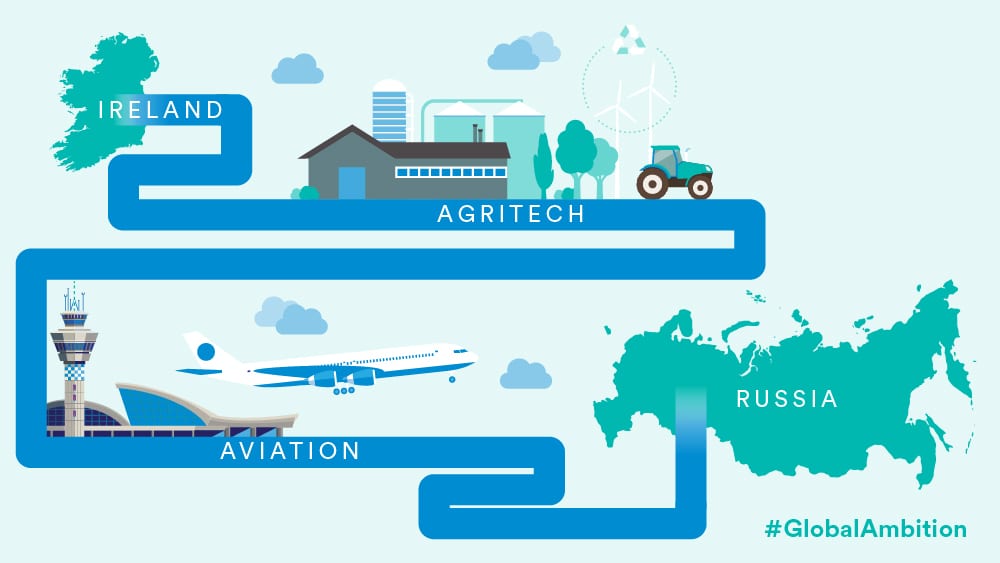 Gerard MacCarthy, Director of Enterprise Ireland’s Russia office in Moscow, explains why Irish exporters should remain alert to growing opportunities in the market.

With President Putin returning to office for another six years following the Russian election on March 18th, a major shift in economic policy is not anticipated. Counter-sanctions will continue to block Irish exporters in the food sector from re-entering the market until at least December 2018, as Russia focusses on local production. Challenges for Irish exporters in the non-food sector will continue to include currency exchange, import substitution, and increased pressure for larger companies to localise part of their production process in Russia.

In a business environment that is strongly influenced by government, even at SME level, the Ireland–Russia Joint Economic Commission (JEC), led on the Irish side by An Tánaiste Simon Coveney, galvanises potential partnerships by raising awareness of sectoral strengths and facilitating high-level B2B contact with commercial partners that may otherwise be inaccessible to countries of our scale.

While the aims of the JEC are predominantly long-term, it affords short-term wins for Enterprise Ireland-supported companies, particularly in the agritech and aviation sectors.

Alexander Bogachev, former Head of Procurement for Russia’s national carrier Aeroflot, and currently assisting Enterprise Ireland-supported companies secure tenders with major airlines, comments, “Irish companies have stood by Russian partners, especially over the past three years when business was hard to come by, they still came to Russia and kept relations going. That – and Ireland’s reputation for excellence in the aviation sector – is benefitting them now as the market readjusts.”

2017 saw the stabilisation of the biggest factor in the decimation of Irish exports to Russia – the rouble/euro exchange rate. After the Russian Central Bank released the rouble from its one-sided relationship with crude oil, the rate is now mostly influenced by local and relatively stable economic factors, and not international and often volatile macro ones, consistently hovering around 70/euro.

While this new normal is 75% higher than the pre-crisis exchange rate, it is the benchmark to which Russian customers have adapted, allowing Irish exporters to once again compete on a level playing field. This at least partly explains the 36% recovery in Irish goods exports to Russia in 2017, up to nearly 500m from 364m in 2016.

With Russian GDP growth not expected to exceed 2% for 2018-2019 (2% less than the growth target), the Russian government continues to crank up its import substitution policy which aims to reduce reliance on imported goods, stimulate local infrastructure redevelopment, and increase domestic manufacturing output, none of which makes for good news for Irish exporters.

However, with businesses and government under pressure to meet ambitious self-sufficiency targets, they are also increasingly open to overseas partners who are ready to share knowledge and technology to help accelerate local rebuilding, creating an opportunity for Irish exporters in innovative high-tech sectors. As Russia focuses on weaning its economy off hydrocarbon dependence, policy makers acknowledge Ireland as a role model, recognising our transformation from the ‘horse and cart’ economy of the mid-twentieth century, particularly in the ICT and agri-tech sectors.

Trade-focussed ministerial visits are crucial to driving success in the market, in which government support adds to our Irish Advantage. Collaboration through the JEC of government departments, ministries, and the agencies that report to them acts as a high-impact endorsement for Irish companies working in Russia, most of which are repeat visitors, highly aware of the importance of maintaining face-to-face relations and keeping channels open.