Set the SatNav for France: Irish businesses guide the way 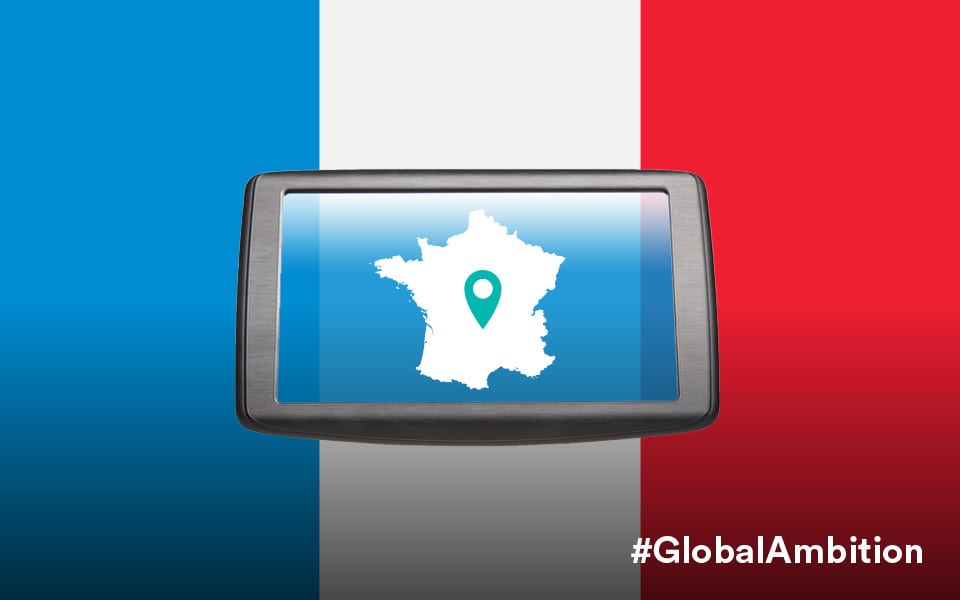 Desk research is important but sometimes the best way to find out about a market is to get stuck in, delegates at Ambition France, an Enterprise Ireland event were told recently.

The suggestion came from Shane Lyons, export marketer at Ei Electronics. He was speaking as part of a panel discussion on the theme of ‘Starting the Journey, from first customer to sustainable business’.

Today, Lyons has decades of experience in the French market but his first posting made a deep impression, taking place soon after leaving college and securing a position with an Irish agricultural engineering firm.

“Within a couple of weeks of getting the job I was in a field in the middle of France demonstrating farm machinery – with no experience of either farm machinery or of agriculture in France,” he said.

Get on the ground in France

“My philosophy since then is to get on the ground straight away, meet the customer, find out how they buy and what they are interested in. Then develop a solution that suits them,” he said.

“Get out there yourself. Use Enterprise Ireland, use their contacts, get to exhibitions and get a sense of where the market is going to go.”

Ei Electronics, originally a subsidiary of General Electric, was set up as a general components maker in 1963. By the time it was bought out by its management in 1988 it specialised in smoke alarms which it sold into the UK.

It made its first foray into France in 2004, a time when fire alarms were still unregulated and largely unknown. “People had no interest. The most common reply we got was ‘Je ne fume pas’, I don’t smoke,” he said.

Ei Electronics set about creating awareness of fire safety in the home through lobbying, “convincing firemen it wasn’t going to put them out of business,” and setting up an industry association that would help it access professional installers.

“That kind of work wasn’t creating sales so, in parallel, we went to Enterprise Ireland to identify all the buyers of different retail groups. By getting out and meeting them we generated around €1 million euro worth of business in retail channels, while at the same time developing the professional channels and trying to create a bigger overall market.”

There was an additional hurdle too, in that France had its own fire alarm standard, which took two years for Ei Electronics to secure.

The hard work paid off and is still paying dividends today, in so far as Ei Electronics is currently going through the same process in relation to carbon monoxide alarms.

Given that France has 30 million homes, compared with Ireland’s 1.5 million, the potential it offers is enormous. “There are 400,000 new homes being built every year in France and Macron is pushing through legislation to speed up their construction. That will benefit Ei Electronics and everybody in this sector,” he said.

Choose the right channel to market

Because Ei Electronics started off selling to DIY retailers, when its real target was the professional installer, it had to create different channels to market, pricing and communications strategies.

“From day one we had to employ a public relations company to hone our message to each of these channels. That’s a step I’d recommend to anyone looking to get into this market, to help you translate your documentation and your brochures,” he said.

An ability to build and maintain relationships is key to success in France, added Clem Garvey, director and chief financial officer of Escher Group Holdings.

“In France’s culture, you create a customer relationship. You do not get the business solely on the basis of having the best price or the best product but also by having a relationship forged over many years.”

Garvey has extensive experience of winning major public and private tenders in France. “It’s a massive market,” he said, pointing to 36,000 companies in France with revenues of between Euro 10m and Euro 500,000m. “There are more HQs of Fortune 500 companies in Paris than in London or New York,” he said.

This represents a massive opportunity for Irish businesses.  “But because it’s big, it requires multi-channel distribution. You will not achieve all your objectives simply by going with one channel over time. You’ve got to have your fingers across the country through different areas. And, regionally, you will not necessarily sell using the same people in, say, the Alsace region as you will in La Rochelle.”

Winning major accounts in France requires a layered approach, consisting of “some degree of direct presence, a network of distributors or wholesalers, and ultimately some form of web or phone selling for very low spend customers,” he said.

Margins can be tight but revenues can be grown by adding additional, billable, services outside of the tender terms.

Irish firms can have an advantage when it comes to bundling, especially if it involves the intervention of personnel, because employers’ social charges in Ireland are a fraction of what they are in France, he pointed out.

But if you don’t have a direct relationship with a client, “integrate your offer with someone else who does,” he said.

“Look around to see who has a direct relationship and see how you can integrate your offer with theirs. Joint ventures can be a great way to start.”