From Wexford to the world – Sonru goes global 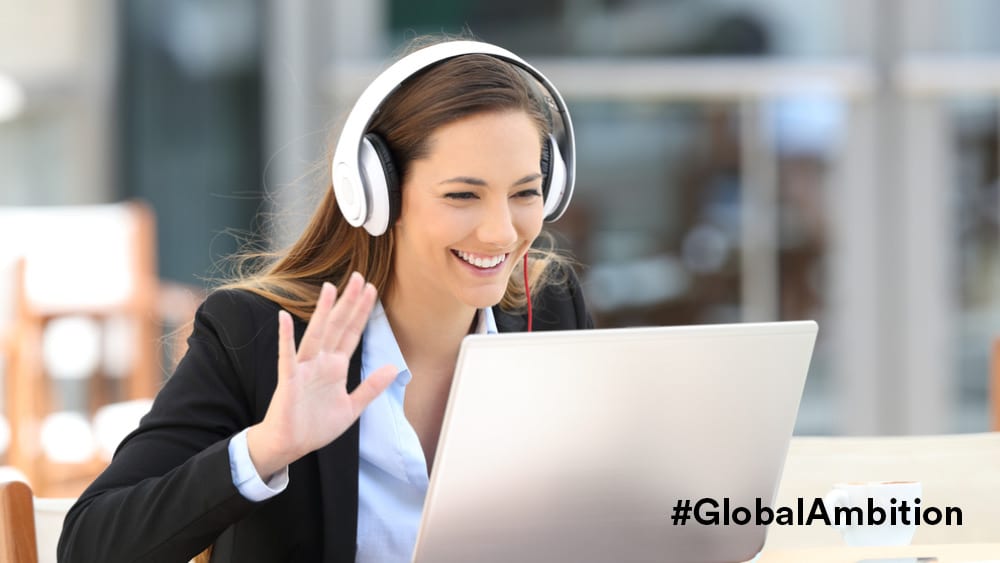 You know your product has arrived when its name becomes a verb. Just ask Hoover. To physicists at CERN, the prestigious European research organisation, Wexford video recruitment tool Sonru “is almost a recognised verb in the CERN in-house vocabulary.”

It’s just one of a number of testimonials captured on Sonru’s website from big name clients around the world. All are fans of its pioneering online interviewing tool, developed to streamline the selection and recruitment process.

The business arose in the mid noughties when founder Ed Hendrick saw his fellow university graduates travel extensively for job interviews. “I just though there had to be a better way,” he said. Online video tools such as YouTube and Skype were then taking off, sparking an idea for an innovative solution.

Sonru enables recruiters to replicate a live interview online, dismissing the need for early-stage phone, Skype or face-to-face interviews. It uses questions preselected by the employer and answers given by the candidate at a time that suits them. The result is recorded on video and stored for reviewing.

Because interviewers and candidates are not online at the same time, it does away with scheduling and time-zone constraints. It also eradicates no-shows and screens out unsuitable candidates, saving time and money.

Hendrick started the business in an office at Enniscorthy Enterprise and Technology Centre before being accepted on a South East Enterprise Programme, a one-year incubation programme for entrepreneurs.

There he met fellow entrepreneur Chris Horan, who helped him to design the product, and became Sonru’s chief technology officer.

In February 2008, they launched a beta version to the market for free in order to get feedback. By 2009, Sonru had landed its first paying customer, Eircom, and revenues grew.

A UK office opened in 2010, with sales built mainly via trade shows. Operations in Singapore and Australia followed.

“The idea was always to sell worldwide and be a global company. I didn’t want to develop a product that would be restricted to one market,” said Hendrick.

Expansion was funded with the help of private investors and support from Enterprise Ireland. Maintaining a strong media profile helped. “We were lucky in that our investors contacted us. They had read about us in the press and were interested,” he said.

“We entered and won a lot of awards in the early days, including from the Small Firms Association and InterTradeIreland. It is a good way to get your name out there, giving you visibility.”

Today Sonru has a string of international accolades under its belt too including Singapore Business Review’s “Human Resource Technology Award” and a Top 100 Cloud Companies in the World nomination from Amazon Web Services.

Client testimonials and case studies from global brands such as Rolls Royce, Nestle and Qatar Airlines remain important however because satisfied clients are key: “Our best sales people are our customers telling their peers about it,” he said. “Only this week we had the Head of Talent Acquisition and Development of Mercedes-Benz UK share his Sonru story at the FIRMday Spring Conference in London. One of his slides had ‘Sonru has been an intervention that has had more of an impact on recruitment than anything I’ve ever seen.’ You can’t buy that sort of impact.”

Sonru is now translated into 19 languages, many of them Asian. It has more than 500 enterprise clients and captures thousands of interviews every day.

The company employs 60 people – and growing. “We are competing in the war for talent ourselves,” said Hendrick, who knows first-hand that the selection process is an important touch point for any brand looking to be seen as an employer of choice.

“We’re very focused on providing a premium candidate experience. It’s important that the candidate gets a great impression of the prospective employer right from the start, including through the choice of tools they use. Sonru enables employers to present the tool as entirely their own branded experience,” he said.  “And we’re very focused on delivering great customer service.”