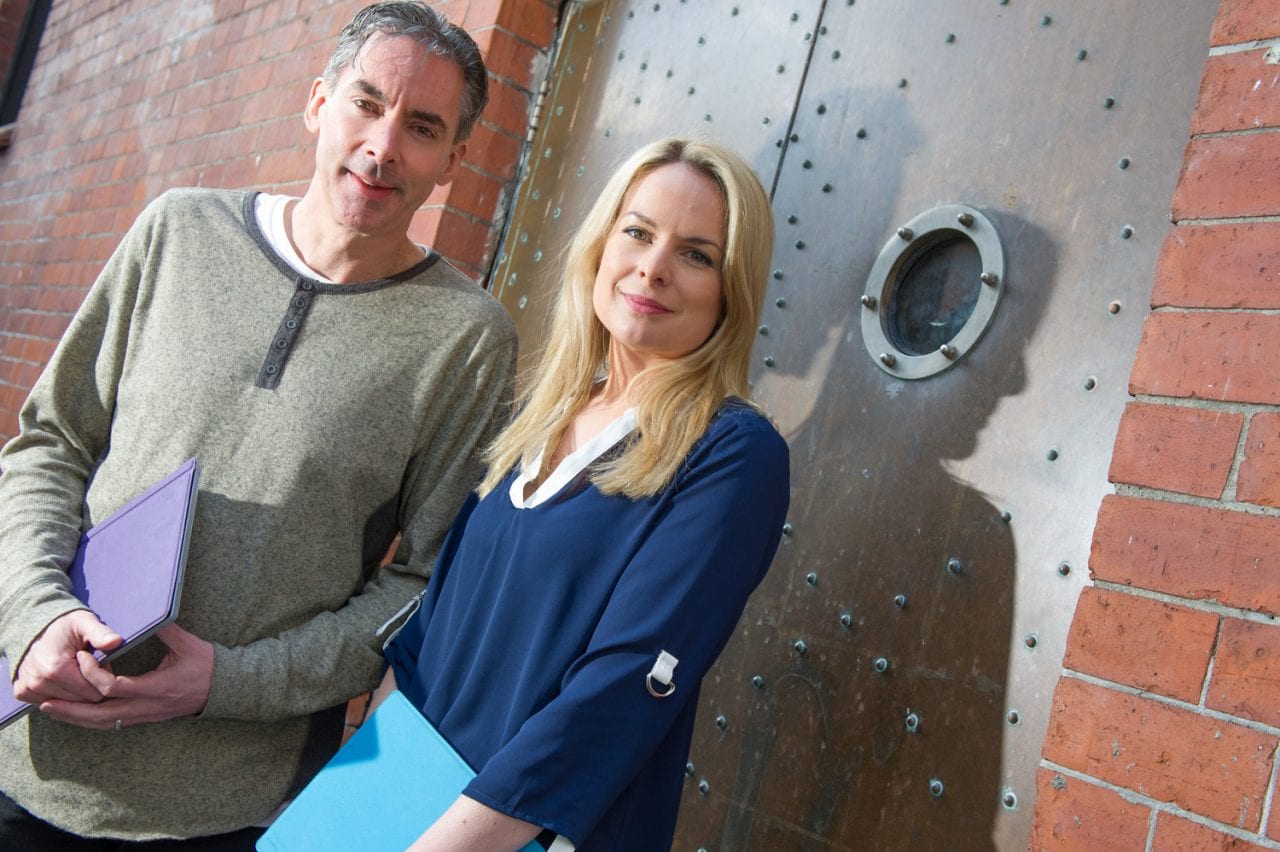 Having established in the UK, launching in the US was the next logical step for software start-up Initiafy. Its two founders share the company’s story to date with John Stanley.

After a number of years working in construction, mainly overseas, Seán Fennell return to Ireland some six years ago to join a company specialising in Health & Safety and online learning. There he met his future business partner, Julie Currid.

“We both saw the same problem repeated, over and over again,” Fennell recalls. “Using conventional approaches, organisations struggled when they tried to induct a large numbers of contractors or temporary staff in a short space of time.”

So in April 2012, the two took the plunge, setting up Induction Manager (since rebranded as Initiafy) to provide an online “employee onboarding” tool. This enables organisations to pre-induct employees online before they arrive for work. “We saw the opportunity to improve day one for the frequently overlooked workforce – contractors, temp staff, seasonal workers – and even for visitors,” Currid says.

Platform development was outsourced to a software company with offices in Ireland and Poland, and, within eight weeks, they had the designs they needed to begin selling. Their initial focus was on chasing the potential reference sites they would need to gain credibility and to stimulate investor interest.

“Traction is the new IP,” Fennell says. “Our target market is medium to large companies, so while we do have some Irish customers, we put a huge amount of effort into the UK from the outset.”

Within 18 months, they had recruited over 30 customers, including such high profile ones as Pfizer and British Gas. Adobe adopted it for all its inductions in the Middle East and Europe, while Sodexo, ranked fifth in Fortune magazine’s list of ‘Most Admired Companies’, used it to induct thousands of event contractors for Royal Ascot Week.

On the back of this success, the founders raised €400,000 in October 2013 from Enterprise Ireland, private investors and the Cork-based Boole Investment Syndicate. This seed funding allowed it to move into an office in Dublin’s Temple Bar, hire its first staff and begin to drive revenues

The founders began looking seriously at the US market last year. In November 2014, they raised €1 million from ACT Venture Capital, Delta Partners and the well-known Irish businessman Leslie Buckley. This stage-two funding paved the way for the recruitment of a vice president of global sales and the opening of a New York office.

“We got some initial stage orders to validate our US growth plans, and 50 per cent of our business in Q1 this year came from the US,” Fennell says. “Deal sizes are so much bigger there, and it’s English speaking. It’s a natural step for a software company such as ours to go from the UK to the US.”

Having started out in an Enterprise Ireland incubation space in the New York office, Initiafy found WeWork, a company that provides office space in 14 different locations in that city as well as in other cities around the world. “There’s a strong collaborative culture within WeWork; it’s more like a community, and there’s huge flexibility – you can choose the amount of space you need and switch between locations from month to month. It’s a little more expensive that Regus, for example, but the benefits are absolutely huge,” Currid enthuses.

One lesson from the first fundraising was that they hired too slow, she adds, which meant the full impact of those hires was not reflected in the second round valuation of the company. “So we hired our first three sales people a month before the second round funding, which was needed to pay their salaries, actually arrived. It was very much a bootstrapping approach, but effective.”

“We wanted people who would hit the ground running in the US. We felt that experienced US sales people might be more assertive than we’re used to here in Ireland, but in the US environment that’s what would be expected. Given the nature of our product, we looked for people who are as methodical and structured as they are good communicators. The results to date vindicate our decision to hire US people to sell to US customers.”

In other respects, the company has been successful in replicating its original ethos State-side. “We’ve managed to bring across the culture we have in Ireland to the US. Wherever they are, everyone’s involved in our sales meetings which are held on Google Hangouts. We also run competitions and celebrations across the group. We do everything we can to eliminate geographical barriers between team members.”

Fennell says that “As we build and develop out the product, we do need to continue to improve it, and we are investing a lot in R&D – and doing a lot of listening to our customers. We have plans for exciting further developments but they are all within the existing platform. There’s no unique custom building involved.”