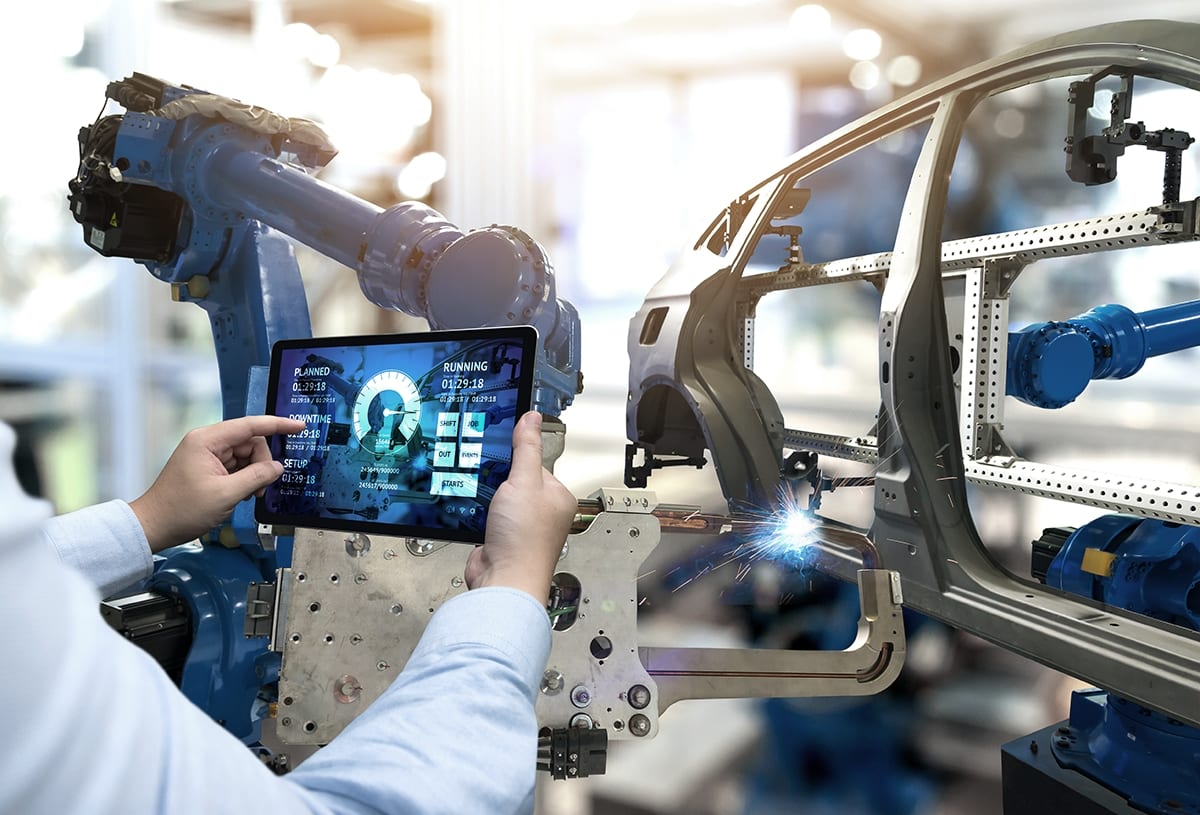 Taoglas tunes into Germany and France

Established in 2004, Taoglas provides advanced antenna and RF (radio frequency) solutions to the world’s leading wireless and Internet of Things (IoT) companies. Over the last decade, the company has gained a reputation for innovation built on its world-class design, support and test centres based in Ireland, Germany, Taiwan and the USA. Since 2015, Taoglas has launched over 100 new products onto the market.

The County Wexford-based business works with its customers to provide solutions for their unique antenna and RF challenges. In-house manufacturing takes place in its Taiwan and USA facilities, and company expertise and experience applies across different wireless and IoT use cases, from LTE to GNSS, DSRC, and NFC and beyond to 5G, gaining it success stories in telematics, automotive, metering, smart grid, wearables, medical devices, remote monitoring and high-speed video broadcasting.

Taoglas has recently established offices in France. French sales manager Sam McCarthy explains that the decision to establish a presence in France isn’t related to Brexit but rather builds on the success the company has enjoyed in the German market since setting up an office in Munich in 2015.

For an Irish engineering company looking to this market, a flair for the cutting edge needs to be at the heart of the offering, he adds. “For the engineering sector, in particular, you need to have innovation on your side. There are a lot of French companies that are very good at what they do and, if you are just good at doing something, you’ll find you have plenty of competition here.”

In France, the company is targeting particular opportunities in the smart metering market, as well as the automotive and digital signage sectors. The French office was opened in mid-2016 and McCarthy says the step of putting someone on the ground is a potentially transformative one for any ambitious Irish company looking to grow there. “The fact of having someone here, as opposed to managing the market from Ireland, is the difference between night and day. Customers here don’t learn about the company in the same way unless they have someone in front of them and, equally, the company can’t gain the same understanding of the marketplace without a presence on the ground.”

Establishing that presence requires both fluent French and a strong grounding in French business culture: “Formality is at the heart of the French way of doing business. It’s important to understand the subtleties of this as you set out to build relationships,” he told The Market.

While France is famous for a certain level of bureaucracy around employment, he adds that establishing an office need not be an onerous decision. “As long as the company presence is focused on sales, things don’t need to get complicated. As we grow and expand here, it will become a more sophisticated operation, but our experience is that for any company looking to set up a sales presence, there are solutions providers that eliminate the need to worry about excessive costs or paperwork.”

Kerry Abrasives expands out from Germany, Switzerland and Austria

A precision manufacturer of engineered abrasives, Kerry Abrasives was established in 1998 in Listowel by co-founders Liam Brosnan and Peter Mc Kenzie-Vass. The company’s diverse client base includes aerospace, automotive, cutlery and hand tools, bearings and medical device, bringing a natural international focus to its activities. Sales and marketing manager Ina Baumann explains that the very diversity of its portfolio has to be factored into its growth and development strategy.

“Being in so many individual industries can be challenging in terms of focus. We tend to work by product or industry sector and develop markets both from a product focus and a geographic base.”

The Kerry headquartered business is in the somewhat unusual position of having its more established markets in central Europe, particularly Germany, Switzerland and Austria, and seeing the UK as more of a development opportunity.

Using a reseller model to sell to specific clients, the company is developing a distribution network to extend its reach in Central Europe, targeting growth particularly in Slovakia, Slovenia, Hungary and Poland, over the coming years.

Baumann says that the business leverages its standing in Germany through participation in events such as GrindTec, a flagship event for the industry. “GrindTec is the main industry trade event, and it attracts a lot of interest from Eastern Europe businesses who want to see the latest development. It isn’t just the large companies with manufacturing facilities that are there; smaller indigenous companies also attend. They are looking to Germany and western Europe for new ideas,” she told The Market.

“The level we play at is a little above the normal abrasive. Our products are customised, and we go the extra step to deliver a better finish and real life efficiencies. If you can deliver that you can hold your customer; price is not the issue.”

While Brexit is creating uncertainty for some, Baumann says that for a company already focused on the Eurozone, “it’s very much business as usual. You have to put in effort with a new client, in terms of testing, modifying and getting approval, but growth is happening, and we are positive.”

Established in 1981, Mergon is an Irish company with operations in Ireland, the Czech Republic and the US. Recognised internationally in the area of technical moulding, the company designs, manufactures and assembles components for clients in the automotive, industrial and healthcare sectors. Mergon made headlines in the 2014 World Cup when it was revealed that the 79,000 seats in Rio’s Maracana stadium had been manufactured by the company, both at its Castlepollard plant in Co Westmeath and its facility in Brno, Czech Republic. In 2016, the company confirmed its standing as an international player with the opening of the Mergon Innovation Centre in Castlepollard.

Sales and manufacturing director Tom Mullen explains that the opening of the facility in Czech Republic in 2004 has been instrumental in its growth in Central and Eastern Europe. The facility opened at a time when costs were increasing in Ireland but also responded to developments in a part of Europe that was becoming a major manufacturing hub, particularly in the automotive sector. This is an industry where “to grow sales and deal with rising costs, you needed to be close to the customer”.

Mullen says that achieving the success they’ve found in Central Europe “would have be very difficult without the Brno plant, as we wouldn’t have been able to grow sales as aggressively. If you don’t have presence, it can be hard to convince your customer that you can supply them. Once we established here, that presence has actually supported our manufacturing capability in Ireland. We can switch capacity and supply from both locations.” In its approach to Europe, the company divides the continent with strategic line supply from Czech Republic.

For an Irish company looking to expand in Central Europe, Mullen says it is “really no different to selling in any other part of Europe”, but adds that “having people who can speak the language and know the culture is certainly important. It wouldn’t be as effective if we were to try to do the same thing with an Irish sales team”.

The opportunity represented by the automotive industry in the region has, if anything, only increased over the years. The Škoda auto plant has its headquarters in Mladá Boleslav, Czech Republic, while neighbouring Slovakia holds the title of the world’s largest producer of cars per capita, with Volkswagen, PSA Peugeot Citroen and Kia Motors all having major facilities there. While it is a prestigious industry to be part of, Mullen points out that winning clients will usually come down to the two particular drivers, namely being the best and the best value, and suppliers have to prove themselves in terms of technical capability, consistency, quality and ability to delivery on time.

As regards the tendency of Irish companies to focus on the UK, he ascribes it to a general trait of “following the path of least resistance. If you’re going to get business in the UK, then naturally you’ll concentrate on that, but from a risk point of view, the broader the spread of your business the better. Our experience is that if you can sell successfully into the UK, then you have nothing to fear in other markets in Europe”.

Setting up in the Czech Republic has undoubtedly been pivotal to its growth in Central Europe and, overall, the experience has been excellent, Mullen adds. “We have only had good experiences. It is another piece of the jigsaw, and it has allowed us to keep higher specification jobs in Ireland. The dual presence benefits both locations and has been an important part of our growth.”

Germany remains Europe’s industrial powerhouse as a leader in automotive and machine manufacturing. The fourth largest producer of cars in the world behind the US, China and Japan, the industry is dominated by household names like Audi, BMW, Mercedes-Benz, Opel, Porsche and Volkswagen. In addition, Germany controls 14 per cent of the global market for construction and material handling equipment. Doing business with some of the country’s global giants can also open opportunities to enter the supply chain of these German headquartered multinationals elsewhere in the world.

With strengths in agricultural machinery, energy, cleantech, transport and aerospace, the French engineering sector is worth an estimated €40bn, employs around 350,000 people and is forecast to grow by 7.4 per cent over the 2015-2020 period. Key trends include energy transition, maintenance and renovation, smart cities and intelligent transport.

Italy is also famous for its engineering sector and is home to leading global companies in sectors such as automotives, aerospace and oil and gas. Irish companies with innovative solutions and niche products and international references can win business here.

The Nordic nations of Sweden, Norway and Finland are European leaders in metal ore mining, and Norway is a global player in the oil and gas sector. Sweden is home to an innovation-led automotive sector for cars and heavy and specialised vehicles, while Denmark is a European forerunner in renewable energy innovation, particularly in the areas of wind and biogas.

The Benelux ports of Rotterdam and Antwerp provide entry to Europe, making this a good market for logistics, fleet management and other solutions that can improve material handling and transportation efficiencies.