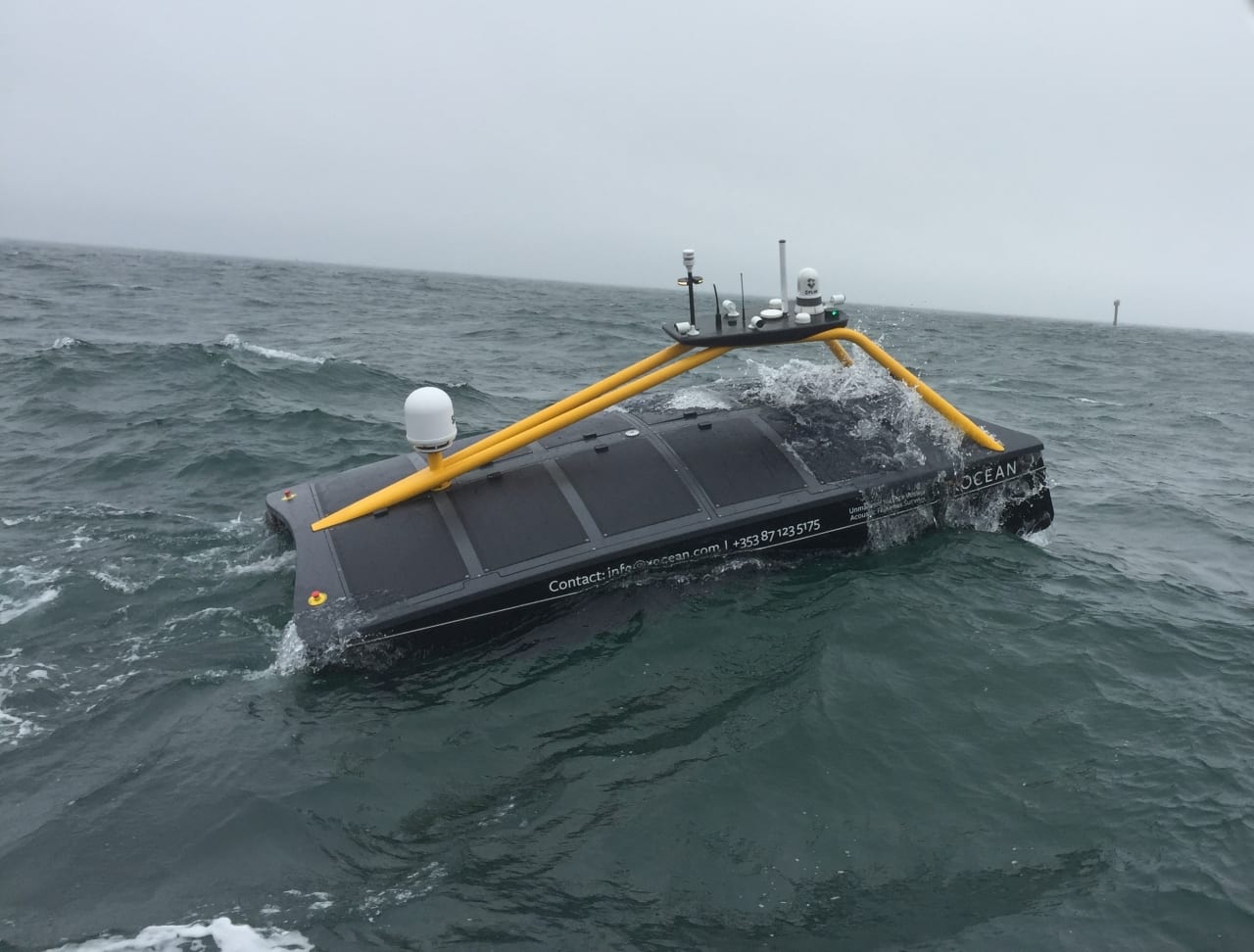 In his previous life, James Ives was a customer of ocean data – but not a particularly satisfied one. As head of a marine energy company for more than 10 years, Ives relied on high-quality, accurate ocean data but found the process of getting that information both time-consuming and expensive.

“There is huge growth in the marine sector and the foundation of that growth is data. As a customer,” he says, “I thought there had to be a better way.”

Ives, who comes from an engineering background, decided his hunch was worth following. Last year, with the help of Enterprise Ireland, he set up his own ocean data services company: XOCEAN.

“The big difference between XOCEAN and most other ocean data service providers is that we use marine robots known as Unmanned Surface Vessels (USVs),” says Ives. “This approach offers three major advantages. First, it’s safer, as no humans have to go offshore. Second, it’s more efficient as our USVs can operate and collect data non-stop, 24/7. And thirdly, it’s around one-third the cost of conventional methods.”

The company’s XO-450 model looks like a miniature catamaran. It’s about the same size as an average car (but around half the weight) with a solar hybrid power system that provides a range of around 1,500 nautical miles, operating continuously for up to 18 days at a time. The system includes a wave-piercing hull design to ensure stability for a payload of up to 100kg of sensors and other equipment necessary for commercial ocean data capture.

XOCEAN began with a planning and innovation stage, followed by building and testing the prototypes. According to founder Ives, the company is now transitioning into phase three, which is commercialisation of the product.

“At the moment we’re focused on industrial users including companies in the oil and gas sector and government agencies responsible for monitoring fisheries and the environment,” he says. “Our sweet spot is the continental shelf region where most ocean-based economic activity takes place, for example offshore wind farm developments.”

“We’re in discussion with some very large companies and there is a lot of excitement in the market, so things look bright,” he says. “Clients have told us that we’re just what the market needs, which is great to hear.”

The XOCEAN story took off when the company was taken into the High Potential Start-Up (HPSU) portfolio at Enterprise Ireland.

How XOCEAN was supported by Enterprise Ireland

“The funding is the obvious one but where Enterprise Ireland really adds value is in the expertise and experience they offer,” says James Ives. “When you go to them first with your idea, they really ask questions and challenge your business plan – it’s such an important and valuable way of knowing if the plan is viable. After that, if the potential is there, you have access to their support and that can make a difference for start-ups.

“Our decision to base the company in Ireland was a conscious one, and it was facilitated in no small way by Enterprise Ireland’s support,” he adds. “They are also great at opening doors and providing introductions, which has been a massive help in gaining traction in markets like Canada and the UK.”

XOCEAN’s successful start, he adds, is down to his “fantastically talented” team – and an urgent need for more and better-quality ocean data.

“According to the OECD, the ocean economy has the potential to double in value to $3 trillion by 2030,” says Ives. “So, the potential is vast but it’s all underpinned by a need for sensible development and that is dependent on a supply of high-quality, accurate information. More data leads to better decisions and that is crucial to the development of the marine environment.”

As an example of how the company works, in summer 2018, XOCEAN partnered with Ireland’s Marine Institute to collect data as part of the management of Irish fish stock resources. “The USV travelled 100 nautical miles out into the Celtic Sea and performed an acoustic survey that generated 110 gigabytes of high-quality data,” says Ives. “That information is now being used to provide a better understanding of our fish stock levels.”

In October and November last year, XOCEAN successfully completed demonstrations of their USVs over the horizon bathymetric survey capability. Surveys were performed in Carlingford Lough and the Irish Sea, controlled over a satellite internet connection by a team of USV Pilots in XOCEAN’s Operations Centre. XOCEAN’s XO-450 was demonstrated to be a robust platform for multibeam echo sounder surveys.

With the company also exploring international markets, it’s interesting to note that all missions are managed from XOCEAN’s base in Carlingford. While the USVs are designed to be transported by road, they can also be packaged up with a bespoke trailer and shipped anywhere in the world.

“We’ve been well received everywhere we’ve gone,” Ives says. “I think the international market recognises that Ireland is a hub for technology and innovation. Irish companies have a great reputation for innovative thinking, for hard work, for being easy to work with.”