The African opportunity for Irish firms 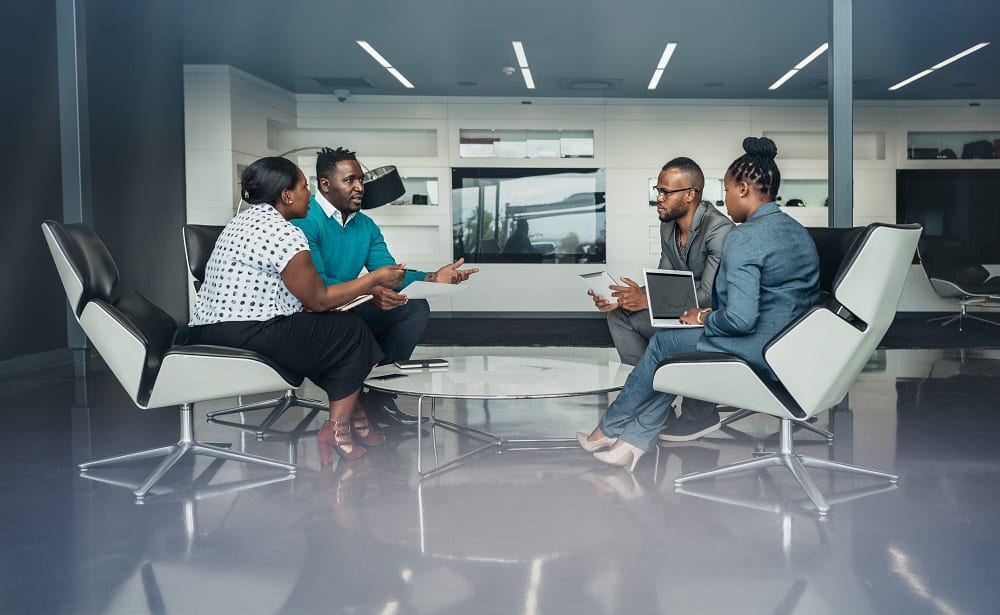 There is a tendency among people in Europe and the rest of the Developed World to take a somewhat negative view of Africa. While the continent certainly does have its problems, the fact remains that Africa presents huge opportunities for Irish firms in a variety of sectors, including agritech, life sciences, education, fintech, construction, ICT and other digital technologies.

And the extent of the opportunity is vast. There are 46countries in Sub-Saharan Africa, with a total population of 1.2 billion. According to the World Bank, between 10% and 15% of those people are middle class. Furthermore, there are more people earning over $25,000 a year in Africa than in India.

Africa is the second-largest landmass in the world after Russia and has more cities with a population of over 1 million than the US.

Overall, the population of Sub-Saharan Africa is set to double to 2.5 billion by 2060. That will give the continent a very large cohort of young people. While the rest of the world is greying the African population is getting younger.

At an individual country level, Nigeria has a population of 200 million at present. That is set to grow to 400 million by 2060 when it will have overtaken the US in population terms. Ethiopia has more than 100 million people at present and that is also set to double by 2060 and has been the fastest-growing economy in the world over the last two years (10% annum).

Sub-Saharan Africa pre-Covid-19 was the second-fastest growing economic region in the world after South East Asia. English is widely spoken, while the time zones in Africa are similar to Ireland’s.

The middle-class proportion of the population is also set to continue to grow, further adding to the scale of the opportunity. That trend is largely being driven by increased urbanisation, with people moving from the land to the cities in increasing numbers.

The continent is also rich in natural resources, with major gas finds off Mozambique being larger than many of those found in the Arabian Gulf. Meanwhile, companies such as Tullow Oil are active in Ghana, Kenya, and Uganda. Quite a few African countries are becoming oil producers and exporters, while others are growing wealthy from minerals and precious metals exports.

Agriculture will be a key driver of opportunities for Irish firms. Every country in the African Union has a stated ambition to become self-sufficient in food in the coming years. This is driven by the simple imperative that foreign exchange is not available to import food. Population growth will drive increasing demand for food and that in turn will provide openings for Irish agritech companies.

These companies can share their knowledge to help African farmers and food producers to increase yields. Irish farming can produce ten times what we consume as a nation and this capability can be transferred. For example, Irish know-how has helped Kenyan potato farmers produce yields of 60 tonnes per hectare, a sixfold increase on previous output.

Education is another zone of opportunity. Up until 2020, some 400,000 Africans left to study abroad each year. In the main, they are studying for undergraduate and postgraduate degrees. The biggest market is Nigeria at present, while Africa has the world’s fastest-growing third-level sector. Pre-Covid-19, Ireland was only attracting around 900 students from Africa each year. There is clearly room for improvement there.

The African healthcare system is different from our own in terms of the fact that all of the growth is in the private sector. These new hospitals and clinics are demanding the very best when it comes to healthcare technologies and other supplies, and they offer a potentially lucrative opening for life sciences and medtech firms.

In the years ahead, much of Africa’s economic growth will be driven by digitisation. Young Africans tend to be much earlier adopters of digital technology than their European counterparts. This is in part due to the poor state of older technology infrastructure in much of Africa. Digital Technologies Irish technology companies, involved in areas such as Fintech and Telecommunications find multiple opportunities in Africa in the years ahead.

Other digital technologies experiencing strong demand growth there include all forms of e-health and e-travel.

Construction is another major opportunity. Africa has rapidly increasing needs for housing, hospitals, roads, industrial infrastructure, water and sanitation, datacentres. All sectors are relevant, and Ireland’s well-travelled construction industry is ideally positioned to meet that demand.

At present, Enterprise Ireland is supporting more than 400 client companies to do business in Sub-Saharan Africa. Growth has been very strong in recent years, with Irish exports to sub-Saharan Africa growing to well over €500 million. Growth in the key markets of Nigeria, South Africa, and Kenya reached 16%, 9% and 7%, respectively, during 2019 against a backdrop of a global growth for Irish exports.

Enterprise Ireland has adopted a hub-and-spoke strategy to assist client companies in this hugely complex region. We have offices in South Africa, Nigeria, and Kenya to cover the south, west and east of the continent, and we use these bases to support client companies working in neighbouring companies.

There are challenges, of course. Africa is a very big place, with a huge variety of different languages and cultures. Companies need to be very committed to the market and understand that African purchasers are quite sophisticated. The best strategy for most Irish firms will be to work with local partners. That presents its own challenges in terms of maintaining and developing the relationship from a distance. Through our e-program of meet the buyer and presentations of sectoral opportunities, Enterprise Ireland helps client firms to find local partners as well as to sustain relationships with them.

On the other hand, Ireland does have some natural advantages. As a small country in Europe which has come through a period of rapid development only quite recently, there is a natural affinity with many African countries. Furthermore, coming from a multi-cultural, highly educated, entrepreneurial country, Irish firms are able to deal with cultural and other differences with a sensitivity that makes them the envy of other exporting nations around the world.

For these and other reasons, it is time for us to open our eyes to the African opportunity. If you want to know more about Africa contact us in Enterprise Ireland