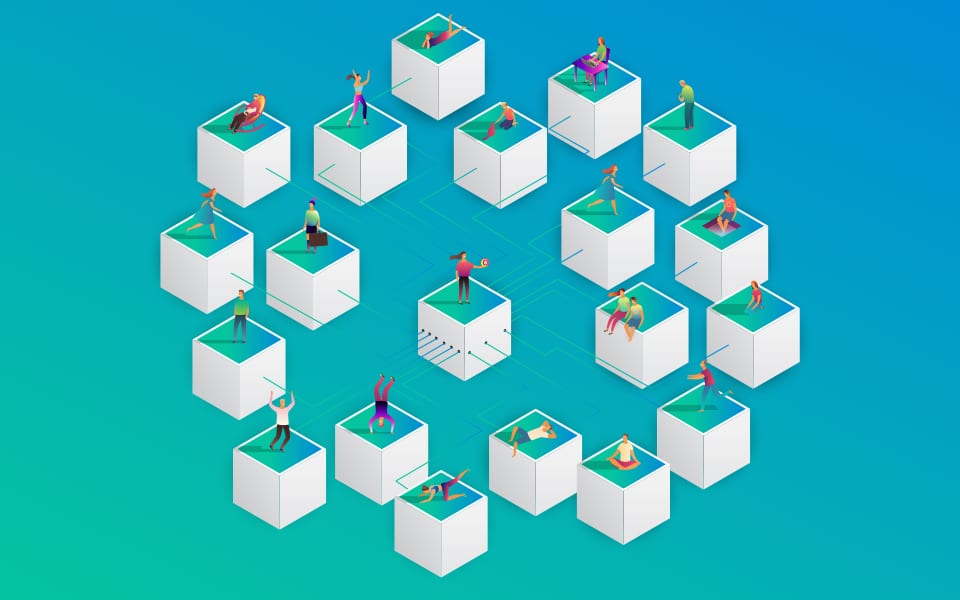 Some of the most senior figures in Irish blockchain are succeeding, not despite moving from a tech background but because of it, delegates at the Blockchain for Finance Conference heard.

Co-author of the recent Government discussion paper on the subject of blockchain, Mai Santamaria spoke at a ‘lunch and learn’ panel discussion about her background as a native of Barcelona who studied and qualified as an accountant. She worked for a number of banks and insurance companies before joining the Department of Finance over 18 months ago as a senior financial advisor.

Canadian Coral Movasseli is managing director of Girls in Tech Dublin, a global not-for-profit that runs a number of programmes designed to encourage more women to enter the tech sector. She previously worked for the Canadian government’s foreign office, as well as in telecoms and banking before coming to Ireland to work as a professional services consultant.

Laura Clifford, industry partnership manger at the ADAPT Centre based at Trinity College Dublin, told the audience how she had studied biology at university and how this led to work in the medtech and subsequently the tech sectors. She now drives fintech collaboration at ADAPT, acting as the broker bringing industry and academia together to commercialise academic research.

“One of the reasons I’m focused on blockchain is because of the opportunity it represents for bigger things and further collaboration,” said Clifford, who, along with others on the panel, co-created Blockchain Women Ireland, an initiative designed to encourage women to participate in this still nascent but fast-growing sector.

Fellow panellist Emma Walker, who is managing director of Wachsman, a dedicated professional services firm for the blockchain sector, spoke of her background as a Spanish and sociology graduate. The opportunity she was given, at age 25, to set up the European office of what at the time, three years ago, was a two-person operation based in New York, gives some indication of the opportunities that exist in blockchain, she said. Today the company employs 120 people globally.

Speaker Luana Cavalcanti is a UX/UI designer at TradeIX, a blockchain technology company who started out in the hospitality sector working on cruise ships. She changed careers three years ago by retraining first in localisation and has progressed rapidly, thanks in part, she said, to mentoring she received by other women in tech.

Careers for professionals of all backgrounds in blockchain

People from all backgrounds are required in the fast-growing blockchain sector, and not just as technologists, but as people who can best communicate the use cases to a wide audience, delegates heard.

“Blockchain is fragmented and, as it is emerging, questions are arising in relation to regulation, to interoperability with legacy systems, to transitions and how to manage them,” said Clifford.

It requires people with change management experience, who have transitioned initiatives before, as much as it does financial experts and tech experts, she said. “That’s why I got involved in Women in Blockchain,” she told delegates. “As you can see from the panel, not one of us has taken a linear path into the blockchain realm. It’s a very enjoyable space and I wanted to be part of that journey.”

The ‘penny drop’ moment came for her in relation to blockchain while attending an earlier conference, where a speaker called blockchain the ‘TCPIP’ of our day.

Realising that cryptocurrencies are simply to blockchain what email is to internet, “I thought, here’s an opportunity for me to be part of something and not feel like an imposter. It’s emerging. The barriers to entry aren’t there and I don’t have to try and retrofit myself into it,” she said.

Blockchain represents a paradigm change, said Movasseli, and as such it requires a diverse set of skills to drive it forward commercially.

To succeed, it requires diversity around more than gender, said Santamaria. “If you’re the kind of person that is driven by learning something new every day, you can’t go wrong with blockchain because you don’t stop learning,” she said.

It also offers a clear sense of purpose. “It really does feel there is a wider purpose to the blockchain project because it is all about collaborating to actually improve things.”