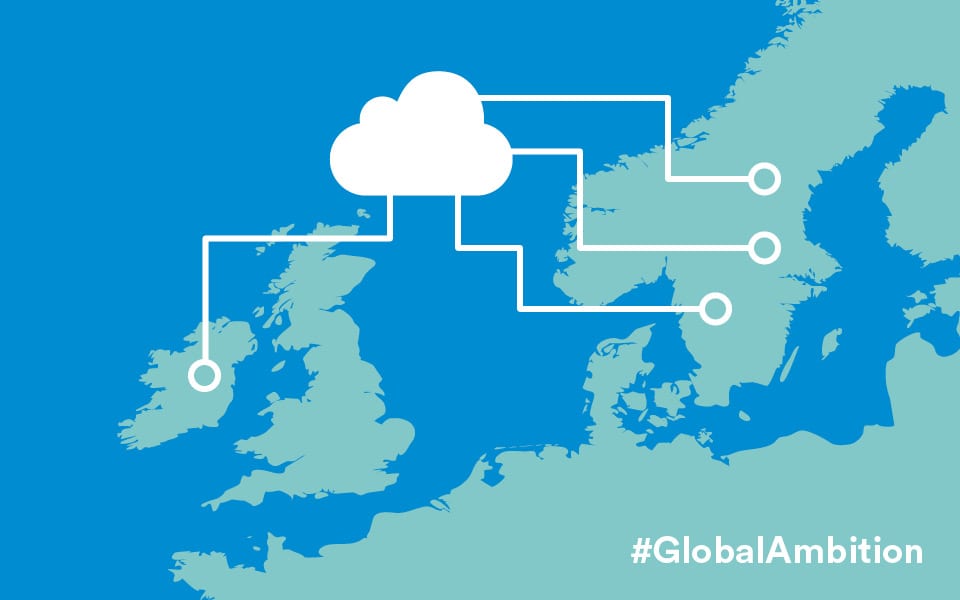 With the estimation that, by 2021, 95% of data centre traffic will come from the cloud, compared with 88% today, a projected increase in demand is promising for Irish high-tech construction and engineering companies, who are already partnering in the development of the most innovative and large-scale data centres in Sweden today.

In March, Enterprise Ireland held a seminar on the construction sector at the World Trade Center in Stockholm, at which forty Irish and Swedish companies participated. Attendees received presentations from Thomas O’Connor, Director of Irish company Collen Construction, and representatives from Business Sweden, the Swedish Construction Federation, the Swedish Transport Administration, the Swedish Association of Public Housing Companies, Enterprise Ireland, and from the 16 Irish companies that attended. Ireland’s ambassador to Sweden, Dympna Hayes, and Ireland’s Minister for Culture, Josepha Madigan, also attended.

Ireland’s geographic location, on the western edge of the Atlantic, has helped it to become one of the most important hubs for global technology giants, including Microsoft, Amazon, Google, Dell EMC, IBM, HP, Facebook, Equinix, InterXion, and Digital Realty.

Speaker Tomas Sokolnicki from Business Sweden discussed why construction in the Nordics has accelerated since Google opened a data centre in Finnish Hamina in 2009. Sweden’s cool climate reduces the energy required to cool down data centres, one reason why it ranks as the third most suitable country in the world in which to locate them. A stable electricity supply, enabled by a production mix of hydro and nuclear power, also makes it a favourable location for data centre construction.

Two Irish companies, Hanley Energy and Kirby Engineering, announced the expansion of operations in Sweden at the seminar, having recently won a number of significant new projects.

Power management specialist Hanley Energy plays a key role in protecting data centres from problems caused by power supply issues and will open an office in Torshälla in Sweden.

Edward Pepper, Head of Operations at Hanley Energy, said, “Sweden is an important market for data centre building. An establishment in the Swedish market, together with our new office, not only supports our growth plans, but also shows our commitment to our customers who expect support around the clock for 365 days a year. Customer demand is central to us, and our expansion in Sweden is part of the implementation of our vision, Global Competence Center.”

With a turnover of €165m, Kirby was founded in 1964, and currently directly employs over 700 highly-skilled professionals.

Commenting on the expansion into Sweden, Dave McNamara Associate Director for Kirby in Europe said, “Although Kirby is relatively new to Sweden, we are positive about our growth and success in the market. This positive outlook is backed by our success so far in securing a number of high-profile projects, with more projects in the pipeline. Expanding our operations further in the Nordics region is a progressive step for the company both from a strategic and development standpoint, especially given the growth in the mechanical, electrical, and plumbing construction sector.”

For Irish construction companies interested in opportunities in the Nordics, it is important to be familiar with local labour laws, follow union regulations, and listen to local advice. Take the opportunity to explore market intelligence and potential introductions with Enterprise Ireland. Staff in the region will assist you with local knowledge and contacts.