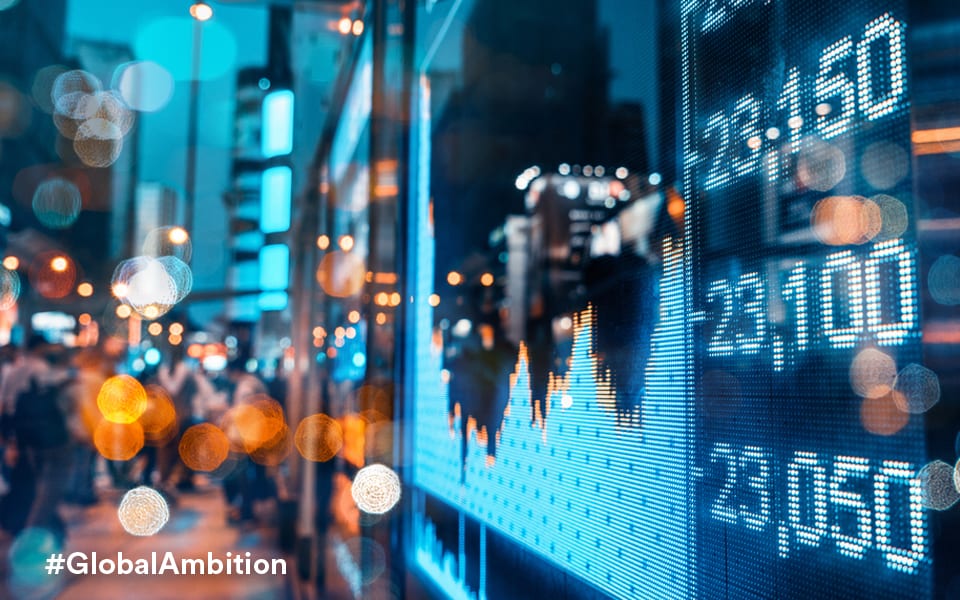 Delegates attending Routes to Growth Asia Pacific, a major conference organised by Enterprise Ireland in Dublin, were advised that to succeed they should make good use of two vital pieces of technology – their ears.

“It takes time to understand the cultural differences, even in terms of how to attend a meeting. Always try to think of the other party’s circumstances.”

It’s a fact former Aer Lingus CEO Dermot Mannion could relate to, thanks to his time as deputy chairman of Royal Brunei Airlines. “The biggest mistake I made was just 30 days in,” he told attendees.

“I took it on myself to make a presentation to the board with my initial impressions of what was wrong with the airline that we needed to put right. Frankly, there were some pretty harsh conclusions.”

When his twenty-minute presentation was complete, the room was silent. “There were no questions, no comments. So I walked away thinking, this is going to be easy, everybody is agreed about the harsh medicine we need to take.”

Not so. “The very next day I had an appointment with one of the directors and quizzed him a little bit about the reaction. It became clear that they didn’t like what they heard in the first five minutes and so shut down. Nobody listened to the points I made after that.”

Mannion had yet to deal with the cultural aspects of doing business in Asia Pacific. “I didn’t deal with the relational side. I hadn’t socialised the ideas in advance and I didn’t anticipate the cultural significance of the fact that people don’t like to say no. It’s viewed as disrespectful in meetings to do so. But worst of all, I didn’t go in there saying ‘Is this the right answer?’ I hadn’t even asked if it was the right question.”

The experience became an important lesson. “Surviving that, I went on to build the relationships, respect traditions and culture, and to ask the right questions. It was an early lesson and very valuable.”

Relationships are the foundation of business across the Asia Pacific region

Relationships are the foundation on which business is transacted across Asia Pacific. Taking the time to build them pays dividends.

“The hardest thing for Irish people to do is meet Japanese standards, which are very high,” said Martin Murray, executive director of the Asia Matters think tank.

“Japan works for high-end, high-service, high-tech products if you can meet Japanese standards but it is hard to do. It is very demanding. Every time you answer a question it provokes another nine questions. But if you can do that, business people in Japan will trust you, and if they trust you good things happen, and they introduce you to their networks. If you can satisfy a Japanese customer, you can satisfy anyone.”

Be prepared for the time it takes to get to that point, he cautioned, referring to the Japanese adage that “you sit on a cold stone for three years and eventually it becomes warm”.

“The Japanese don’t like people being pushy or engaging in a hard sell at the beginning. They have another saying too, ‘if a nail stands up you hammer it down’. But if they really trust you, you become friends for life. They are very loyal, very honest, and there are no issues with finance. But you have to have that personal relationship. It’s not just transactional.”

The Asia Pacific region offers particularly striking opportunities in aviation, delegates heard. “Ireland has emerged as one of the greatest global aviation hubs in recent times, with a significant development of aviation talent,” said Dermot Mannion.

“All this is happening at a time when Asia Pacific is far and away the fastest-growing region for aviation. Over the next twenty years, the number of aircraft going into the Asia Pacific region will be equal to the combination of North America and Europe combined. We are very well-positioned to take advantage of that.”

Demand for ICT is growing too. “Countries and governments that invest in ICT are doing it to support economic development,” said David Harmon, vice president Global Public Affairs at Huawei Technologies in China. “Their plans have as their premise the need to develop technologies to modernise sectors across the length and breadth of their countries.” These sectors include health, education, agriculture, food, aviation, and travel.

Insurer PingAn is already on a path towards becoming a technology company, for example. “It’s not going to open branches but will use AI and technology to reach customers,” said Yip, pointing out that, as 99.99% of PingAn’s business is in China, SMEs that can work with PingAn overseas are “most welcome” at the insurer.

Equally, “State banks, which have massive market share, only started to think about technology ten years ago. Most Chinese banks are looking outwards for technical assistance,” he said.

China’s One Belt One Road infrastructure initiative is giving rise to opportunities in construction and engineering, he said, suggesting Hong Kong as a good route in. It both understands Chinese business culture and has been China’s conduit to the outside world for more than half a century, he said, making it “a good stepping stone for Irish business”.

The advent of new direct flights from Dublin to Hong Kong and Beijing will help. “Don’t underestimate the impact of having ‘Dublin’ on departure boards in Hong Kong is going to have,” said Mannion. “It will create a dynamic where companies in that part of the world will be interested, because it will be easier to do business here.”

Visit our markets section for insights on Singapore and China and the opportunities for Irish companies.