How a Startup Can Sell to Corporates

Brightflag was started out of frustration. I was building and selling software to help law firms be more efficient, but something wasn’t right. I noticed that no matter how good we made the software, no matter how much implementation and training we would put in place, the law firms we were trying to help never seemed to see a significant difference.

What I came to realise was that there was something wrong with the large law firm model – it didn’t want to be efficient. And why would they when they charged by the hour? 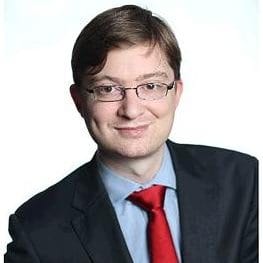 My co-founder Alex also had experience of this problem but from the other side of the fence. He had spent years working in one of Ireland’s largest law firms and was experiencing the same frustrations from the inside.

We started Brightflag (formerly called Legalshine) to address this problem – not from the perspective of the law firms but for the large corporates who can spend hundreds of millions every year with these large firms.

We built a tool to help them analyse their legal costs and help them uncover the inefficiencies in their spending. It used new language technologies to ‘read’ the narrative on a legal bill, understand what the lawyers did and then employ market data to determine if the resources used were fair or not.

It’s been a difficult but rewarding journey, and we are only getting started. We’ve now got a number of large corporates as customers – which is unusual for a startup at our stage.

One of our first customers was a large bank, companies with which it typically takes a year or more to make a sale. What we are doing is hugely valuable to a bank, because they spend so much on legal fees every year.

Despite being a startup, we found that getting a foot in the door with a large organisation was surprisingly easy.

We mined our own networks to get introductions to senior people in large organisations, and when we couldn’t make a connection we simply approached them directly. I’ve found that as long as you have a clear and compelling proposition, they will always take the meeting.

We got initial meetings very readily because we told them they could reduce their legal spend by over 10% with our software. This was attractive and easily understood. The real trick, of course, is backing up the claims.

We went through rigorous initial trial periods with all our large clients to prove that the software really did what we said it would – and that it delivered value way beyond what it cost. Some of our clients are now saving hundreds of thousands of euro annually, a real sign there are huge inefficiencies in the legal system.

Keeping the Lights On

The other big challenge with a startup is keeping the lights on before the revenue starts coming in.

In November, we raised a large round of funding from Enterprise Ireland and other great investors in Dublin and the US. That’s allowed us to scale up our team and launch in New York.

Before that it was a constant battle to manage our cash and make sure we could deliver an excellent product for blue-chip customers with a very small team.

We now have 12 people between Dublin and New York, and we have tens of millions of legal spend going through our platform. We’re making a big dent in the industry and for us it’s only the start.

Now that we’re on solid ground, we’re moving to the next stage of growth and the challenges are different – growing the company in the US and the UK, hiring talented people and managing a larger team.

And still it all stems from those initial frustrations Alex and I saw from working in the industry – that’s what drives us on to keep going.

Read the original article on www.fora.ie