How Brexit drove Associated Rewinds to grow in new markets 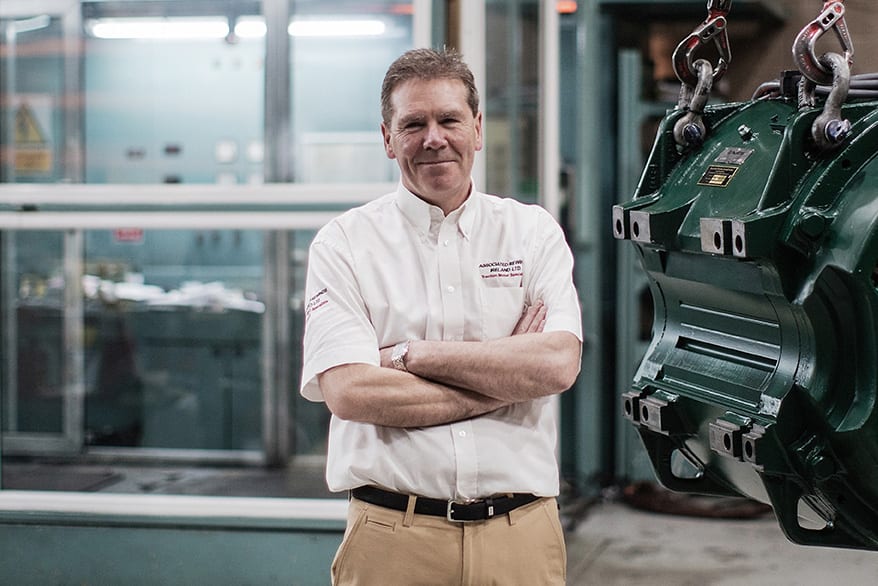 “Our focus up to two years ago was on the UK and Scandinavian markets, so when the Brexit vote came we recognised quickly that we were very exposed”

The outcome of the UK Brexit referendum in June 2016 prompted a strategic rethink on the part of Associated Rewinds, the Tallaght-based company that is the largest independent specialist in Europe for re-engineering, repairing and maintaining traction motors for trains, trams and metro systems. While the company boasts customers stretching from Scandinavia to Spain and Saudi Arabia, it had concerns in relation to its level of exposure to the UK market.

“Our focus up to two years ago was on the UK and Scandinavian markets, so when the Brexit vote came we recognised quickly that we were very exposed”, says international sales manager Eamonn Griffith. “We couldn’t predict the long-term impact but fluctuations in sterling became a problem again very quickly. It was like going back to the pre-euro days.”

In 2015, Associated Rewinds completed a large investment of approximately €5 million in a third factory in Tallaght, increasing capacity by 30%. “Due to Brexit and our increased capacity, we took a strategic decision that we needed to reduce our exposure to the UK as quickly as possible. We targeted EU markets – France, Germany, Austria and other countries where there is a sizeable volume of train assets and currency stability.”

The company enjoys considerable advantages when it comes to exploring new markets. “We are a niche specialist in traction motors for the rail sector”, Eamonn explains. “We remanufacture and maintain the motors. Our clients invest millions of euro in locomotives and they want to maximise the lifespan of that investment. They want to get 40–50 years’ life out of their assets and maintenance is crucial. It’s like owning a car, if you maintain it well, you will get a much longer life and better value from it.” 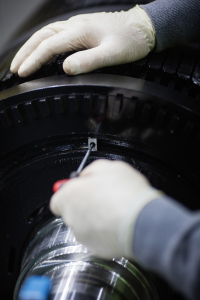 Associated Rewinds services all the main motor brands – GM, Bombardier, Siemens, Alstom and so on – and it has earned a reputation for solving difficult problems for customers. “Our clients have different environmental challenges. Scandinavia is subject to big weather extremes, with hot summers and very cold winters. We have the experience and capabilities to redesign and rebuild the motors to suit the environment. This sets us apart from our competitors.”

One example of such a customer is the Royal Mail in the UK which, 12 years ago, was experiencing severe difficulties with motors failing and trains breaking down on the tracks. “It was causing such chaos that it got to the stage where they were told to take the trains off the line until they resolved the problem. They asked us to investigate and establish what was causing their problems which resulted in us redesigning the motors. They haven’t had a single failure since. Royal Mail has since been happy to recommend us to other rail companies.”

Associated Rewinds discussed its ambitions for market diversification with Enterprise Ireland. “We wanted to reduce our UK exposure and fill our increased capacity as quickly as possible”, says Eamonn Griffith.

The Enterprise Ireland market research support was “the ideal mechanism to help us. It enabled us to do what we intended to do much more quickly than our resources allowed us to do and helped us carry out detailed market research in each of the target countries. We put in our application to Enterprise Ireland in late 2016 and received approval in January 2017. We have made some really good progress in the past 12 months.”

The French national rail company SNCF audited the Associated Rewinds facilities recently. “We have just received our first order from them. In addition to our original target markets we have received our first orders from Spain and Belgium. Our increased access to the European rail market is a direct result of the expansion of our sales team, combined with the results of the Enterprise Ireland market research undertaken into each of our target markets.

This research helped find where there was most demand for the company’s services. “We wanted to identify companies with problematic motors. That is the sweet spot and gives us something concrete to bring to the table with potential customers.”

Researching and validating new markets can be an expensive and a time-consuming process. The Enterprise Ireland market research support assists with that. But you need to have a very clear focus on what you want to achieve and know your value proposition for that market.”

Learn how Enterprise Ireland’s Diversification supports can help you to develop market knowledge and prepare for the challenges of entering new markets.