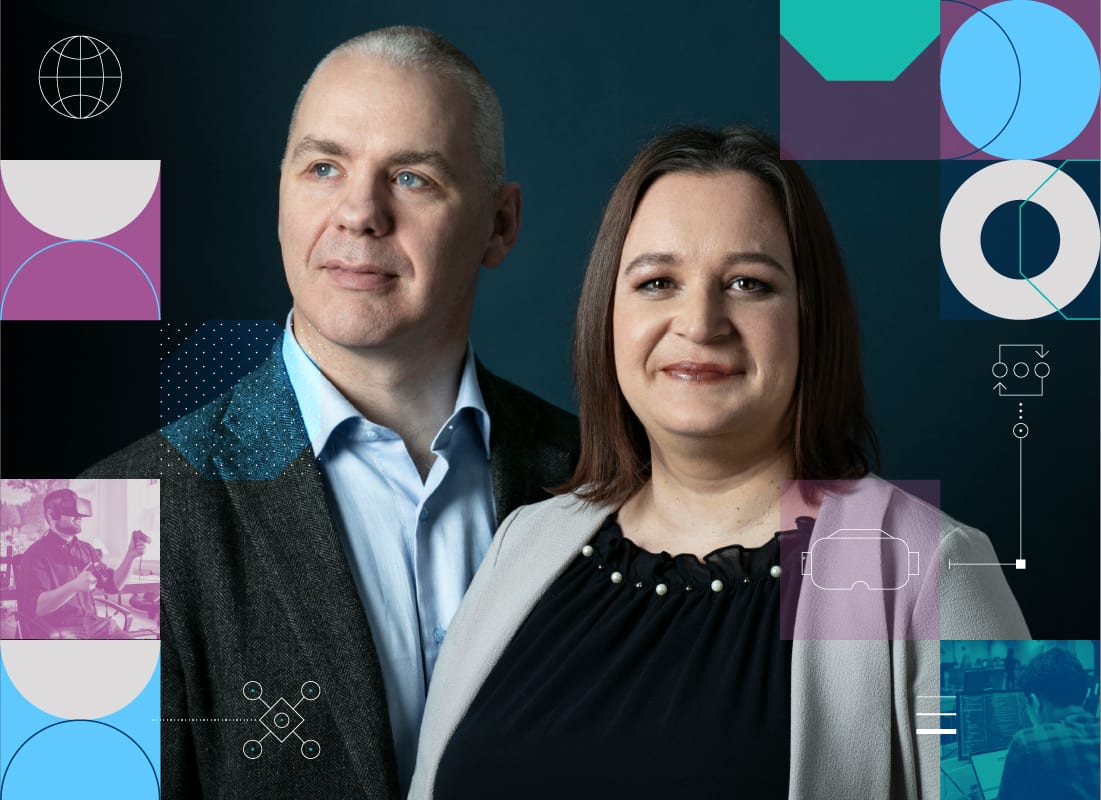 “It’s not just the money that HPSU provides. It’s the information, contacts, and the advice they give you.”
David Whelan, Founder, Immersive VR Education

David Whelan is a self-taught web developer and all-round tech enthusiast. When he came across the first model of the Oculus virtual reality headset on the fundraising website Kickstarter, he was intrigued. The recession had hit Ireland and money was tight, but Whelan still spent his last €300 to purchase the cutting-edge product.

Inspired by the new technology, Whelan built one of the very first review websites for virtual reality. He realised that, despite the potential power of this tech to impact learning, most existing VR content consisted of video games and entertainment. It’s true that NASA and several medical research facilities were using virtual reality for training, but access to these experiences was extremely expensive. He had identified a glaring gap in the VR market: educational material for the average consumer. That’s when Whelan decided to start his own virtual reality business: Immersive VR Education.

Whelan was convinced that his idea held merit for educators worldwide, but in order to make it happen, he needed funding. He paid a visit to his local Enterprise Ireland office in Waterford, bringing along the VR headset.

“When pitching my idea, the first thing I had to do was explain VR,” says Whelan. “Then I would let them try it. People were always blown away by the experience. They definitely thought I was crazy, but they could see I was committed. It’s hard to deny the power of VR once you’ve tried it.”

Enterprise Ireland agreed that the start-up had huge global potential. Immersive VR Education was ushered into the New Frontiers Entrepreneurial Development programme with the goal of eventually qualifying for High Potential Start-Up support. Its partnership with Enterprise Ireland generated funding used for product development and enabled Whelan to bring his wife and co-founder, Sandra, on staff. The start-up’s HPSU development advisor, who came from a similar business and technical background, suggested applying for grant funding, so it participated in the HPSU Feasibility Study, which contributed toward costs to attend conferences in relevant industries.

Enterprise Ireland introduced Immersive VR Education to their overseas offices in places like New York, Tokyo, and London. Whelan says these international teams were extremely helpful and happy to advise whether the new VR products would be well received within their respective markets.

Whelan says, “I couldn’t have started a business anywhere but here. Enterprise Ireland vetted us and vouched for us, which gave investors confidence in our business idea. This opened important doors to funding and helped us to no end.”

Shoot for the moon

Most of the early fundraising went toward building Immersive VR Education’s first application: the Apollo 11 virtual reality experience. Whelan describes the 1969 moon landing as “a shining beacon in history.” He and his team of developers worked hard to build a virtual reality experience that would transport viewers directly to the surface of the moon with the Apollo 11 crew. He believed that this type of immersive learning would mean much more to students than simply reading about the event in a textbook.

When the demo for Apollo 11 VR was launched, Facebook used it in conjunction with the release of its new Oculus headset. The partnership gave Immersive VR Education the remaining funds needed to complete the application. When all was said and done, Apollo 11 VR cost about $100,000 to build and went out as a top title on the Oculus Rift VR headset. Since then, the application has generated over $2 million.

Following the roaring success of Immersive VR Education’s first application, it began to build out its business and hire more staff. Whelan took the education angle to a whole new level, creating a virtual university where educators can teach anyone in the world via its virtual classrooms.

“We want a future where education is accessible to everyone,” says Whelan. “I fully believe there is another young Einstein out there, missing his chance to change the world because he doesn’t have access to quality education. We’re here to change that.”

Immersive VR Education hopes that in the future, we will see virtual universities around the world. Whelan dreams of providing the opportunity for students to attend a physics class at MIT in the morning and literature at Oxford in the afternoon. He also sees potential for exposing home-schooled students to the social benefits of the classroom experience, helping to alleviate isolation for children who are not involved in traditional schooling. The possibilities, he says, are endless.

Today, Immersive VR Education has a staff of 40 people. Sales of its applications and education licenses are growing at an average of 50% each year. The company sells products online globally, with its highest numbers coming from the US, UK, and Korea.

Although Immersive VR Education flew through the official HPSU programme in just under three years, Whelan says that Enterprise Ireland is still very much part of their daily operations. They regularly send advisors to Waterford, provide advice and industry connections, and enable access to further support and grants.

The company’s latest goal is to expand and hire more staff. Recently, it availed of the Enterprise Ireland GradStart programme, which Whelan says is invaluable when it comes to sourcing new recruits. Immersive VR Education expects to see exponential growth over the next three to five years as the company continues its work of revolutionising education around the globe.

Is your business ready to take the next step towards becoming a HPSU? Contact our Start-Up Enquiries Team to find out more.

Click here to learn more about becoming a HPSU or contact our Start-Up Enquiries Team to find out more.

Is your business ready to take the next step to becoming a HPSU? Click here to learn more or contact our Start-Up Enquiries Team