How Manna Drone Delivery is changing the global delivery industry 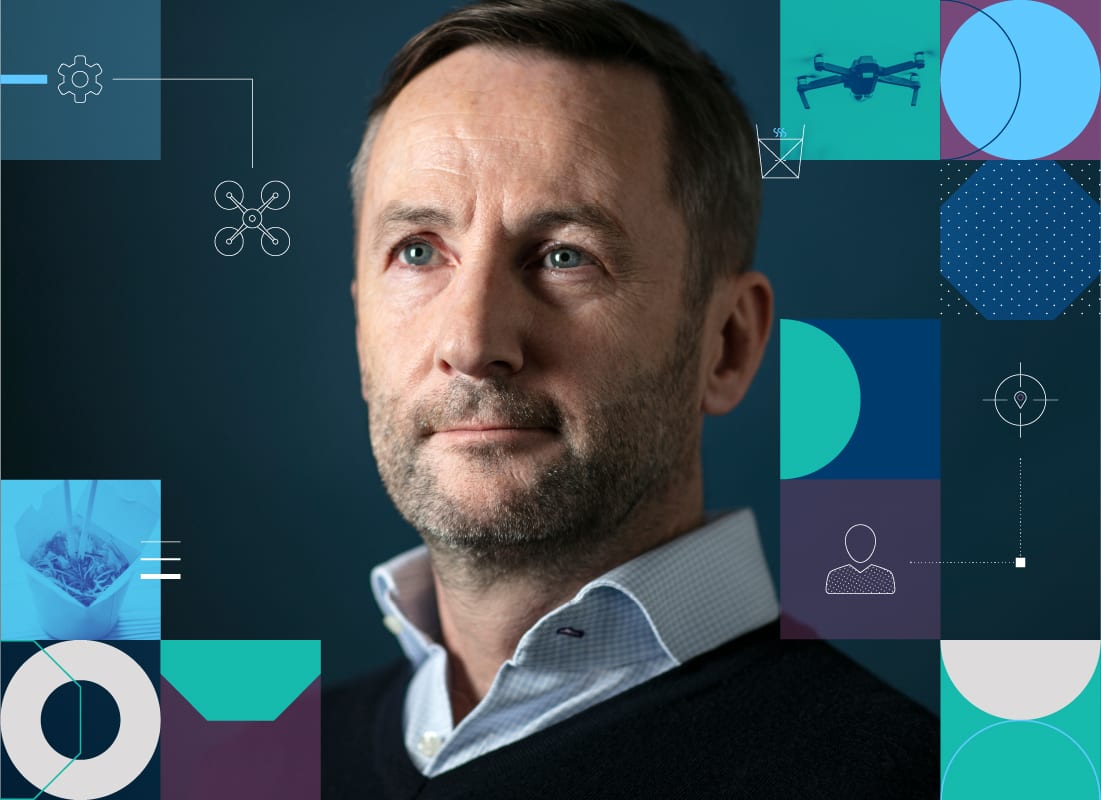 “Indigenous tech is at a huge disadvantage compared to FDI companies. Enterprise Ireland gives us policy support and the advantage we need in order to scale.”

Bobby Healy is an experienced entrepreneur, but his latest idea is probably his most revolutionary yet. For the last three years, he’s been building Manna Drone Delivery, a service with which he plans to revolutionise the world of online food delivery. Healy says he noticed that major food platforms don’t deliver to suburban Ireland. The reason? It is nearly impossible to drive or deliver food profitably. The practice is cost-prohibitive but still needed in many areas. He saw an opportunity to use new technology as a solution to the problem: drones. Healy founded Manna and began hiring experts who could turn his idea into reality.

A computer programmer by trade, Healy began his career writing video games for Nintendo. Since then, he has founded and led two successful businesses, including CarTrawler, the world’s largest mobility marketplace for airlines. Healy’s programming expertise was also the foundation for his drone delivery idea. Over the last two years, the Manna team has built and tested custom software, hardware, and batteries. They are also working with aviation regulators in multiple markets about airspace law. The end goal is to “make a 3-minute, low-cost food delivery service as pervasive as running water in Europe and the USA.”

“Anywhere there’s an economy where food delivery is growing, we should be there. By 2021, we’ll begin to scale and then enter markets everywhere.” says Healy.

The entrepreneur’s last two businesses were supported by Enterprise Ireland, so it was only natural that Healy went to them with his newest idea. He says that onboarding with the High Potential Start-Up (HPSU) team was a straightforward process.

“The HPSU team were always available to meet and help us understand what they needed for us to qualify. It’s not a rigid organisation. They do everything they can to take care of formalities in the background as you get going on the work,” Healy says.

Currently, there are 23 people working for Manna. Healy says that with Enterprise Ireland’s guidance, he plans to begin commercially scaling the company in the next 18 to 24 months. He predicts HPSU will be invaluable when it comes to logistical support, training, and market access. He plans to lean on HPSU as he pushes Manna’s service into the global marketplace.

One of the biggest challenges to launching international drone operations is airspace regulation. Flight rules vary from country to country and Healy’s team will need to negotiate with lawmakers in each region where they hope to fly. The partnership with Enterprise Ireland will be crucial for gaining permission to operate in foreign airspace. The key to success is access to the people who control those regulations.

“Enterprise Ireland is there to help with introductions to regulators in foreign countries,” Healy says. “They offer an industrial international presence.”

Healy admits that his company is facing some inordinately large challenges, saying it is probably the most complex business you could build. Manna must find solutions for custom cloud services, market integration, new hardware, regulations, certification, and licensing. On top of everything else, there is the matter of finance. Healy says the first hurdle in fundraising was educating and convincing investors that his idea was viable. The scale and audacity of the plan can be hard to fathom for some.

Healy says, “Most businesses are predictable and believable. Ours is beyond cutting edge. We’re doing something totally new, but we’ve overcome disbelief and begun to successfully raise significant levels of capital.”

The international business community has shown faith in the fledgling company’s new ideas. In addition to regulatory access across borders, Enterprise Ireland has been working to assist Manna throughout the fundraising process.

“The team in San Francisco have been instrumental in opening doors for us as we raise funds,” says Healy. “They give us respectability and prominence in the industry.”

Manna is launching as a food delivery service, but Healy says the start-up won’t stop there. He decided to hone in on the food industry because the volume of potential deliveries is so high. Healy says this will allow the new business to be capital efficient. Once the infrastructure is in place, however, it plans to also roll out services for pharmacies, hardware stores, butcher shops, bookstores, and anything else that fuels a local economy.

In order to reach these goals, Healy says talent acquisition will be important. As drone technology continues to develop, Manna will need more high-quality technicians, designers, and programmers on board to keep up. He predicts that the company’s ongoing relationship with HPSU and Enterprise Ireland will once again be valuable as it scales.

“A small start-up company needs an endorsement that says, ‘These guys are a team to work with’. We’re competing with the big guys for talent, so HPSU helps address that imbalance.” says Healy.

Is your business ready to take the next step to becoming a HPSU? Click here to learn more or contact our Start-Up Enquiries Team.