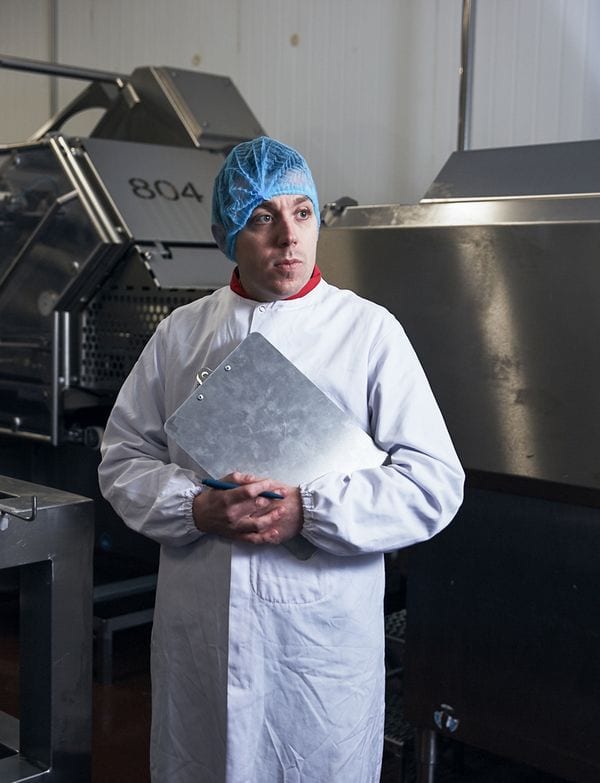 “We are now a key player in the UK market and have contracts with Morrisons, Aldi UK and others. We had to make a substantial investment in our factory, technology and management team to do it and it wouldn’t have been possible without Enterprise Ireland support.”
David Brett, Oakpark Foods

Oakpark Foods has established itself as a leading bacon products supplier in the hugely competitive British retail market. “40% of our business is now in the UK,” says general manager David Brett. “We have been able to differentiate ourselves from our competitors there by using innovative packaging, clever new product development, and bespoke unique cures.”

The Cahir, County Tipperary-based company is part of the family-owned Brett Group, which has been supplying farm inputs in the region for almost 80 years. “We are now in the fourth generation,” he says. “The business dates back to the 1940s. Our core business is animal feed manufacturing. We sell dairy, pig and ruminant feed to famers around Leinster and Munster.” 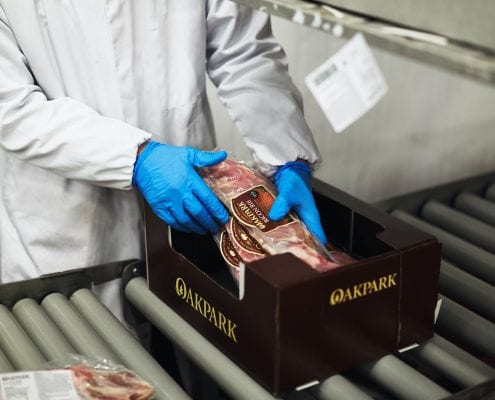 The company acquired Oakpark Foods in the early 1990s. “Back then it was a small operation supplying local supermarkets and shops with bacon products. When we came on board we looked at how we could add value. After that, the opportunity came up to buy the nearby Sunglen Pig Farm which produces 800 pigs a week. Our mill in Callan in County Kilkenny manufactures the pig feed using a bespoke diet; this is then fed to our own pigs on our farm; and we produce top-quality consumer packs of bacon joints and rashers at Oakpark. This gives us unique seed to fork provenance.”

Oakpark has enjoyed significant growth in recent years, largely driven by exports, according to Brett.

“We are now a key player in the UK market and have contracts with Morrisons, Aldi UK and others,” he adds. “We had to make a substantial investment in our factory, technology and management team to do it and it wouldn’t have been possible without Enterprise Ireland support.”

The breakthrough into the UK was also facilitated by the growth of the discount chains in Ireland. “We supply both Aldi and Lidl here and they introduced us to the right people in the UK. That was a great help. But we also had to invest in a very significant R&D programme and we introduced a number of first-to-market products there. We used packaging technology to extend the shelf life of our products, we developed a new-style American streaky bacon product, and we also introduced 50 per cent fat-reduced lardons which appeal to increasingly health-conscious consumers.”

All of the R&D was carried out inhouse with Enterprise Ireland support. “It was a lot of hard work, but it had to be done. If we didn’t have a different story to tell we would have just been another bacon supplier.”

The company now employs almost 100 people, with annual sales of just under €31 million and is implementing a strategy to grow turnover by 33 per cent over the coming years. That strategy also takes Brexit into account.

“Brexit is a major issue for everyone involved in the food industry and we have to make our business as lean and efficient as possible in response,” he points out.

The bacon business will not suffer to the same extent as others, however, as Brett explains. “80% of the bacon sold in the UK is of EU origin and British people aren’t going to stop eating bacon overnight. The traditional bacon butty will remain a staple part of the diet. But Brexit is a serious issue nevertheless and we have done a lot of scenario planning. Selling into the UK will not be as simple as it is today. That’s a given.”

The company is not going to rely on a continuing taste for bacon in its key export market and is investing €5 million in a new facility in Clonmel with Enterprise Ireland support. The new manufacturing facility will produce a new range aimed at mainland Europe and further afield.

“It’s a completely new venture and will be up and running very shortly,” says Brett. “We are diversifying away from the UK market. The UK will remain important to us though and we are in there for the long haul. We have one of the most efficient slicing lines in these islands. That’s vitally important. In the end, it’s all about the price of a packet of rashers.”