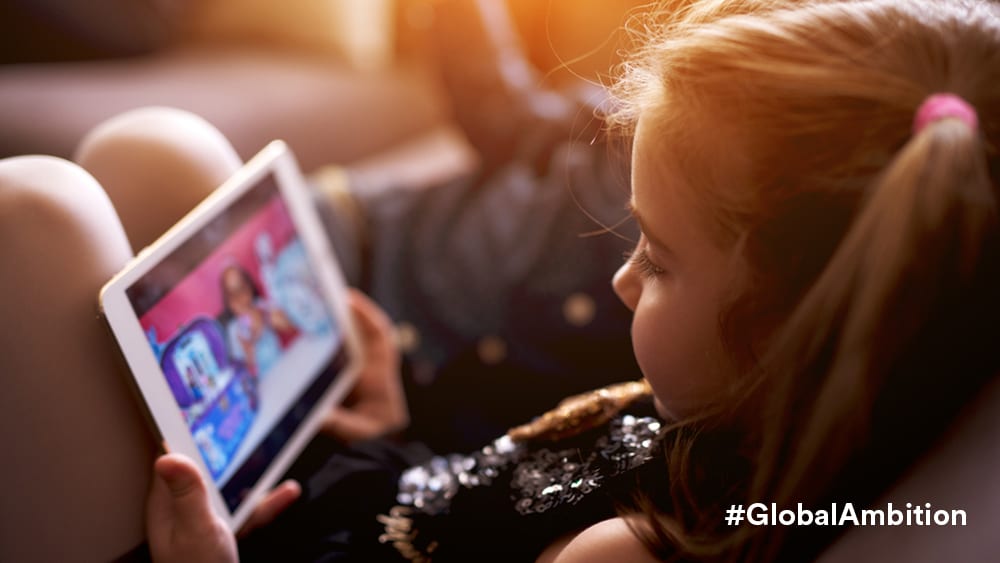 With over nine million children living in Canada, and with a business climate and culture similar to Ireland, the ‘Great White North’ is a market filled with opportunities for Irish animation studios and service providers.

The Irish animation industry’s success in developing content for audiences at home and abroad has driven an increase in domestic employment. While only around 100 people were employed in the sector in the mid-2000s, it is estimated that more than 1,700 work in animation in Ireland today. The sector is worth almost €100 million to the economy, the majority of which is export generated.

The ways in which children consume entertainment internationally is evolving in ways that are suited to the strengths of Irish providers. While watching TV itself remains the most popular way for children to spend leisure time, content is increasingly consumed on newer devices, like phones and tablets, and through digital platforms, namely YouTube, Amazon and Netflix. A Viacom Insights Kids of the World study found that, of children surveyed aged 6-11, 41% owned their own tablet and 37% owned a smartphone.

Canadian broadcasters, such as CBC Kids and TVO, are required to follow government-mandated guidelines when purchasing content from international partners, including rules about representing Canadian values, such as equality, diversity and non-violence. There is a growing trend for productions that incorporate educational content that teaches children about their world and issues such as terrorism, personal safety and internet security.

The widespread international recognition garnered by Irish studio Cartoon Saloon’s The Breadwinner, an Ireland/Canada co-production with Toronto-based Aircraft Pictures, is a great example of that global trend. The feature film addresses issues such as gender inequality, political oppression and warfare, and was nominated for Best Animated Feature at both the Golden Globes and Academy Awards.

Nora Keely at Guru Studio in Toronto has highlighted Canada’s co-production treaty with Ireland as a driver of projects between Irish and Canadian partners. At this year’s Kidscreen Summit in Miami, an important event for the global children’s entertainment industry, a panel of Canada’s leading figures encouraged peers to take advantage of co-production pacts and to source international partners for projects.

One challenge smaller Irish companies must overcome is scaling and getting their name known internationally, notes Ronan McCabe of Treehouse Republic and Animation Ireland. Pitching at international markets such as Kidscreen, Cartoon Forum and MIPCOM is important. Even if a pitch doesn’t succeed on the first occasion, those pitched to may remember the project later when they need to purchase content.

Pre-school shows can be easier for Irish companies to pitch to international buyers, as the older the age bracket, the greater the divergence of children’s pastimes and hobbies. Dublin and Belfast-based JAM Media secured a deal with CBC for its new pre-school show Becca’s Bunch, which combines live action, puppetry, 2D and CG animation to create a multi-textured world. Cartoon Saloon’s Puffin Rock is also aimed at the 2-5 year-old bracket and was acquired by Netflix to air in Canada, the USA, and around the world. Both shows focus on nature, wildlife, friendship and exploration, universal themes for the age range, and a great fit for the attitudes of modern children, which Viacom research describes as independent, confident and curious.

In addition to the established markets of North America and Europe, opportunities in developing markets in Asia, particularly China, are being targeted more closely by Irish studios. While significant barriers to entry remain, including a requirement for government approval of imported animation programs, they offer a growing middle-class population with significant demand for children’s content. Cartoon Saloon recently signed a multi-licence deal for Puffin Rock with the China Nebula Group (CNB) in a market with a population of 1.3 billion, of which 27% are under 20 years old.

Enterprise Ireland’s overseas office network is available to assist Small and Medium Enterprises in the animation sector with assessing in-market opportunities, identifying potential customers, and supporting international buyers to source from Ireland. For more information on doing business in Canada visit our Markets pages or download our Going Global guide.