Irish Breeze Gathers Force in the US 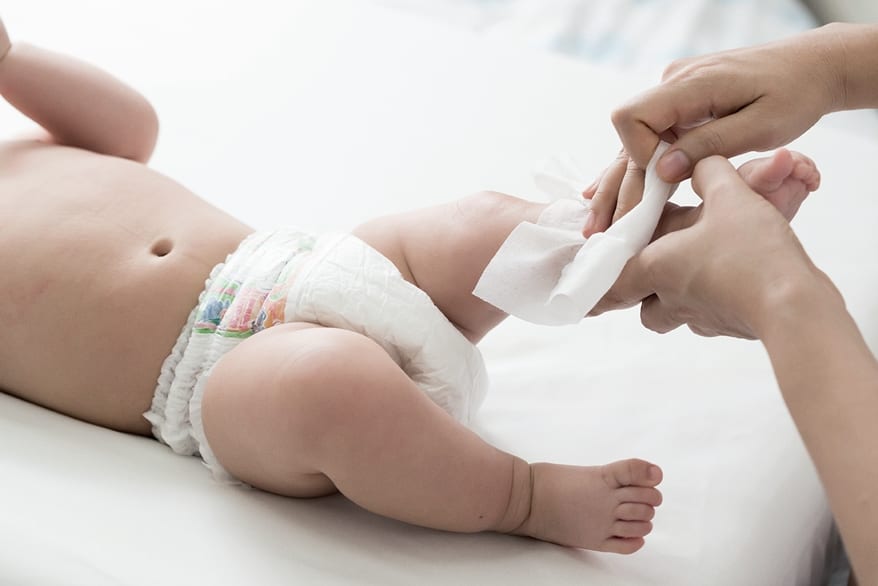 The manager of WaterWipes new sales office in New Hampshire tells Mary Sweetman what it takes to grow in the US market.

The story of WaterWipes is one of recognising a market need from up close and personal. Louth-based businessman Edward McCloskey, son of Boyne Valley Foods founder Malachy, established Irish Breeze as a cotton wool, soap and skincare manufacturer over 20 years ago to further diversify the family business beyond food.

When his own little bundle of joy arrived in the mid-noughties, Edward didn’t need a huge amount of convincing to recognise the attraction of wet wipes for busy mums, dads and minders, carrying out those messy cleaning jobs that come with nappy changing. But at the same time, he was shocked to learn of the cocktail of chemicals they contained – and convinced they weren’t doing anything to help his new-born daughter’s nappy rash.

The idea for WaterWipes was born: a product that combined all the convenience of a wipe, but was as pure and wholesome for little ones’ sensitive skin as cotton wool and water.

As time has proven, the idea was sound. But supermarket own-brand baby wipes typically retail at about 99c per pack, so the launch of a premium product into a mature, commodity market mid-recession wasn’t the most fortunate timing.

“It resulted in a lot of sales focus on the dot-com channel, starting with Amazon and the usual suspects,” explains French native, Christophe Bernigaud, who was hired by Irish Breeze as marketing manager for WaterWipes in January 2012.

Bernigaud, who has a background in international sales development and marketing, both online and in the ‘real world’, took on responsibility for developing the brand’s online sales, which included the UK, Irish, US, Canadian, New Zealand, French, German and Baltic markets.

Seeking one of these regions to focus on and become a significant player in, Irish Breeze looked across the Atlantic. “When we started seeing the feedback, we started focusing on the US, because it offered the biggest opportunity in volume terms, but also because it was waking up to a natural trend,” Bernigaud explains. “We saw we could surf this trend. While the cheapest was winning in Europe, we could be competitive within the natural/organic niche in the USA.”

On the back of deals with US retailers, including Walgreens/Duane Reed, Target and Amazon, as well as growth into the medical sector, where the skin-friendly wipes are being used in premature infant care, Irish Breeze opened a US sales and marketing office for WaterWipes earlier this year. The office in Portsmouth, New Hampshire, is headed by Bernigaud and resourced with two US business development executives. Manufacturing remains in Ireland.

As to strategy, “multichannel is now”, Bernigaud explains, so it longer makes any sense to distinguish between online and ‘offline’ sales. All the old ingredients of the marketing mix are still required, plus some new ones.

For the consumer to make that psychological journey from product awareness to the ‘buy’ decision, “they need to have seen the ad in the baby magazine in their obstetrician’s office, tried a sample, and seen the product on the supermarket shelf.

“You need still marketing, PR, events, your paid, your earned and your owned media. Your research needs to be qualitative and quantitative,” Bernigaud continues. “There is no silver bullet.”

As to digital, he confesses to being somewhat sceptical of the “overhyping” of social media. “Just because you are on Facebook, doesn’t’ mean you will sell. I’m more interested in behavioural marketing. You need to know the customer and understand what’s important to them, what they care about. I don’t care whether the consumer is 20 or 60. I’m interested in their behaviours.”

In addition to the consumer, Irish Breeze has another target group – the retail buyer – to consider – be that Target, Walmart or Amazon. Here Bernigaud says that, again, pre-digital-world approaches remain valid. People buy from people, and understanding what’s important to them is about all the usual things that corporates care about: the retailer’s value proposition – what sets them apart from their competitors; their pain points, where they are being hit or threatened; their corporate culture and the language they use to describe their business. For example, knowing that Target refers to the store’s customers as ‘guests’ demonstrates that you understand Target’s universe.

“We also need to understand the marketplace at every state level; each is a different country,” he adds. That’s why the new US sales and business developers are experienced account managers, but “not too experienced”. They’re at a point in their lives where they can take on a lot of travel and don’t mind being away from family.

Illustrative of the commitment needed, when we spoke, Bernigaud had just landed off a flight from Europe to New Hampshire, when he got a call to fly to St Louis the next morning to meet a buyer Schnucks, a Missouri-headquartered retail chain with 96 outlets in the Midwestern states.

“That would be considered small in the US. In Ireland, we’d consider it huge,” he says, underscoring the potential of the market.