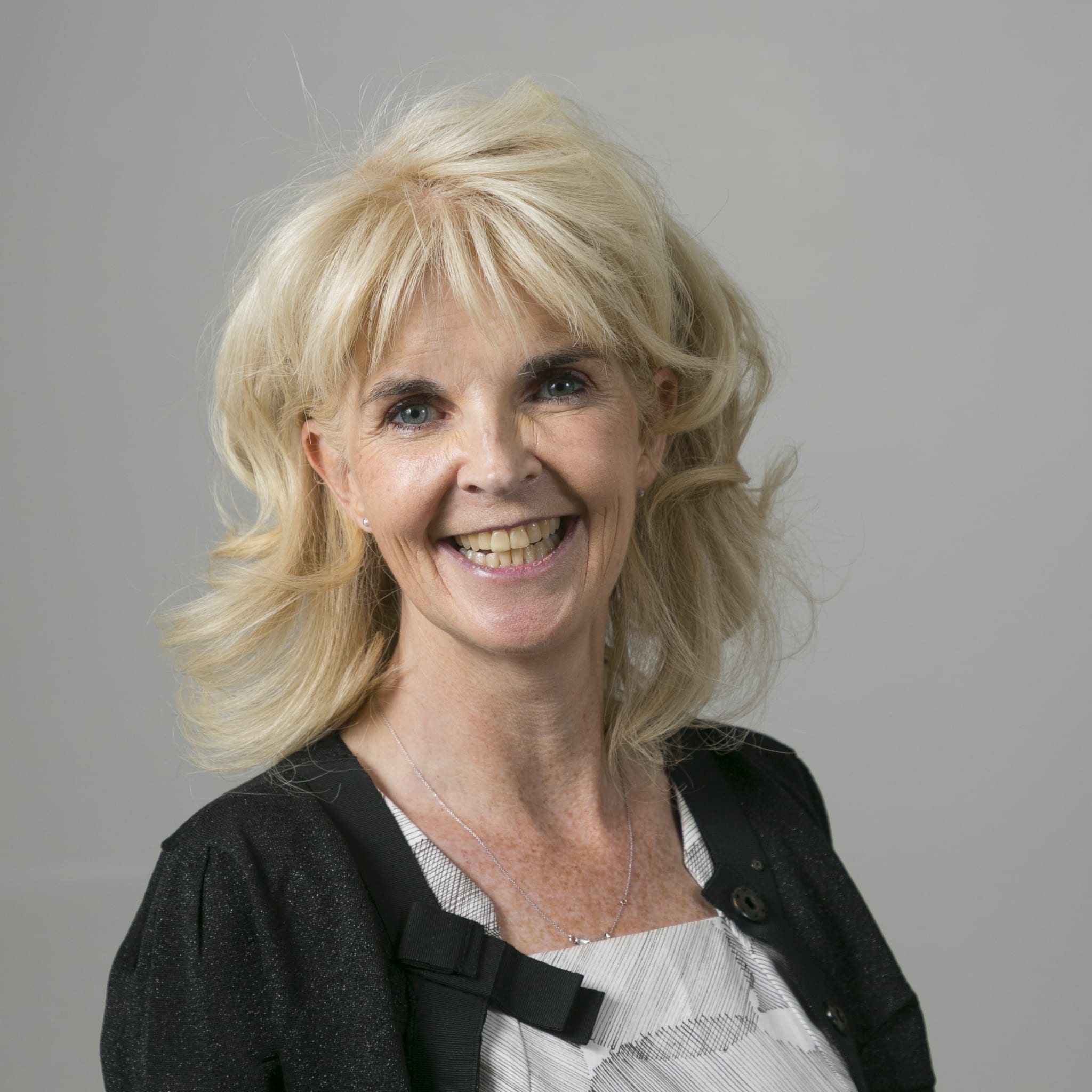 The story of Life Scientific is one of perseverance in a complex industry, ingenious methods to prove a novel concept, and a leader with the utmost respect for the process and the people involved.

We spoke with her shortly after she was announced as an EY Entrepreneur of the Year finalist to learn about the woman at the helm, the remarkable story of Life Scientific, and how Enterprise Ireland supports helped the company along the way.

“Samantha Power is actually my first cousin,” Mitchell says as she describes the strong women in her family as her major influences. “Samantha’s mother really influenced me when I was younger. She went to the States, and was the first woman in Ireland to get a high court ruling that she was allowed to bring her children with her.” Vera Delaney, the Irish-American academic, author and Democratic Party member’s mother was a nephrologist who, after tenaciously climbing the ranks in a male-dominated sector during the 1970’s and 1980’s, refused a top job in a Manhattan hospital because it would mean giving up the face time she had with her patients. Mitchell cites this integrity as powerfully influencing decisions she made throughout her career.

She credits her collegiate and later employment choices to her father, whose footsteps she followed by studying chemistry. He cautioned her not to accept a post in a large multinational corporation, but instead get a job in which she could learn and eventually build her own business. “In Ireland, for chemists, it’s all about multinationals, you’re doing manufacturing but have no sight of warranty or business aspects; you don’t do global stuff.” Her father had been what she describes as ‘a cog in a wheel’ in large multinationals, and Mitchell decided that she didn’t want to miss out on being global. “Why can’t we build a multinational in Ireland where we get to be global, where we get to do the R&D, where we get to build the brands?” With Life Scientific, Mitchell would go on to disrupt the regulatory landscape for off-patent agrochemicals from the unique R&D base she had built in Ireland.

After spending 10 years working in a generic agrochemical manufacturing company, absorbing everything she could, Mitchell set her sights on starting her business, knowing that it needed to manufacture something of true value. “I started Life Scientific in 1995 and from the get-go knew it couldn’t be a service business. If you really want to be big, you have to have products, that’s how you’ll scale, that’s how you’ll be exponential.”

Building a company with an expert offering

Two decades of learning the tricks of the trade from leading multinationals allowed Life Scientific to pinpoint precisely where it was strong, and where it could add the most value. “We knew that if we’d built the capability around regulation — a new field at the time — we could not just understand it, but know more than anyone else about a very complex, strategic area of the industry.”

Mitchell was always drawn to complexity. It’s what led her to challenge her team to reverse engineer the Coca-Cola recipe; to prove that they could not only take apart and recreate it but that they could take a fresh view with their product offering. In proving the point, they showed that they could offer farmers an identical product at a lower cost, and get it to them sooner being first to market.

Mitchell is quick to point out that it wasn’t just about capability; it was also about humility. “There’s a phenomenal level of innovation and professionalism in our industry, and it’s a privilege to be in it. So why would we think we could do anything better than the multinationals?”

Challenging the status quo meant more than having an impressive story to tell, it meant calling for the rules of the game to be changed, rules that to date, had been largely written by and for the big multinationals. The world is new; we have capabilities here we didn’t have before. We have an LC-MS [liquid chromatography-mass spectrometry] system that wouldn’t fit a room when I was growing up, that was almost prohibitive for a multinational or a university to have. Now, they sit on benchtops, and we can’t keep up with the capability. We had to take a fresh view.”

With a value proposition that was impossible to contest, doors that were to-date slammed shut began to open. The multinationals could no longer deny the science or the methods, and the business side of things started to make sense. “They could see we were much more nimble, flexible, fast, and entrepreneurial. So we’ve got some very good contracts, and that allowed me to pivot the model.”

Yet even with new contracts in place, Life Scientific felt the squeeze from the regulators. With the weight of a global brand and status behind them, the multinationals would attempt to get Life Scientific’s products withdrawn. “Multinationals are very clever, and they don’t want us really, we’re competitors.”

With an identical product and a transparent business came a sort of freedom; an ability to operate by different rules. “Regulatory submissions are complex. Knowing how to communicate, giving them a sense of who you are, your integrity, that you want the best, that you believe in your role as being a competitive choice for the farmer. So we thought if we put in the identical product, they don’t have to do any evaluation. If we can get them to accept an identical item molecularly, aren’t we simplifying things?”

Life Scientific ended its beginnings as a contract research organisation, offering services in product development and regulation, becoming an independent product company. “We got our first product authorised in France in 2012 and have gone from €2 million in revenue to €60 million today.”

Not the average day-to-day

Mitchell is proud of her EY Entrepreneur of the Year nomination and hopes that in entering the competition, she can raise the profile of Life Scientific and the innovative science they have developed.

During these turbulent times, the company is lucky to be mostly unaffected by COVID-19. They are operating in a space with one selling season, and thankfully, that had come and gone by the time the pandemic hit. Mitchell tells us that it has given companies like Life Scientific the opportunity to be appreciated once again. “The link between science and nutritious, sustainable food got lost. But now it’s becoming valued again.” But she feels that culturally, the company is suffering and will continue to suffer until they can operate together again. “Normally, I just look at somebody, and we have 10 ideas. Now I can’t see them, and for the new people coming in, who would normally absorb the energy and mimic what they’re seeing, that’s gone.”

Partnering for a successful future

Mitchell continues to look confidently towards the future. Her focus is on nurturing close relationships with company partners: the customers, suppliers and regulators with whom she speaks daily. Keeping these relationships blooming allows her to set and realise big goals, work with the best, move fast and scale.

“In the next five years, we’ll be at €250 million. We’ll be building capability, relationships and new markets. It’s quite a visible roadmap.”

Life Scientific will build important relationships in the area of big distribution to open up new markets; specifically, North and South America, though with different strategic approaches.

“We work with the best which will allow us to realise South America, which is rapidly growing and hugely exciting for us.”

For distribution companies in the already-established North American region, Life Scientific is offering the technology and putting the choice of operating or failing in the distributor’s hands. “We’re offering mirror images of the multinationals’ latest and greatest products to do with them what they will, working on their side to empower them in the face of big multinational suppliers.”

Supported by Enterprise Ireland at each step

Along the road to success, Mitchell says that the support she received from EI has been indispensable. “They gave us our first R&D grant, they’ve helped us and believed in us since 2006.”

As well as financial grants, Mitchell took part in EI’s Leadership 4 Growth Programme and International Selling Programme, which she says equipped her with the knowledge she needed at the time. “The programmes have been hugely influential, connecting with people who are at the top of their game can set you upright.”

Currently, as well as working towards adopting Enterprise Ireland’s Agile Lean approach, Mitchell is thinking about what winning the EY Entrepreneur of the Year award would mean. She tells us that it would provide visibility for Life Scientific and for anyone like her who had no expectations at a young age. “I’d be an ambassador for girls like I was: if you see it, you can be it.”