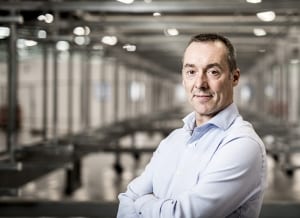 “When we did finally take the plunge to grow our business internationally, our growth skyrocketed and today we’re delivering multiple multimillion-euro projects  simultaneously.”

The world is producing more data than ever and the need for high-capacity storage systems has never been greater. In fact, TechNavio said it expects the data centre market in Europe to surpass $25 billion in 2023, a compound annual growth rate of 11% since 2019 — and Kilkenny-based Modubuild is banking on being a big part of that.

Established in 2006, Modubuild provides on-site modular construction solutions on some of Europe’s largest high-tech projects, primarily in the data centre, biopharmaceutical and pharmaceutical sectors. The company also operates a 140,000-square-foot off-site production facility in Castlecomer, where entire high-tech building modules are constructed within the factory and then transported to sites across Europe.

Modubuild has grown an average of 45% year-on-year for the last six years, with significant contracts in Ireland, the Netherlands, Belgium, Germany, Sweden, the UK and Finland. Its customers include leading global data centre providers, as well as biopharma companies such as Amgen, Eli Lilly, Pfizer, MSD and more.

“We were a small Irish company for a number of years. When we did finally take the plunge to grow our business internationally, our growth skyrocketed and today we’re delivering multiple multimillion-euro projects simultaneously,” reveals Kevin Brennan, co-founder and managing director of Modubuild, noting that the right support has been essential to the company achieving its global ambitions — and Enterprise Ireland has been a key partner on its path to growth.

The Netherlands: a gateway to Europe’s data centre industry

Modubuild wasn’t always in the data centre business. Back in its early days, the company provided specialist modular fire and explosion systems for pharmaceutical companies and infrastructure projects such as the Limerick Tunnel and Dublin Airport. But it wasn’t long before Kevin and his team noticed a gap in the market for companies that could deliver high-tech data centre systems quickly and in multiple locations throughout Northern Europe. 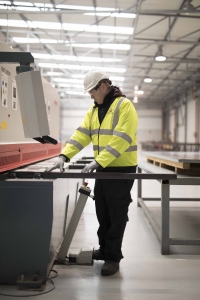 “We wanted to grow the company internationally and we wanted to become the leading international player in high-tech modular construction, to do this we knew we needed to grow our team and partner with the right organisations in our target markets,” Kevin says, explaining the reason behind Modubuild becoming an Enterprise Ireland client company in 2014. “We knew that Enterprise Ireland could introduce us to various partners in target markets and could also help us with funding to hire the additional staff we needed at the time.”

With the help of Enterprise Ireland’s Job Expansion Fund, which provides grant support of up to €150,000 towards the recruitment of additional employees, Modubuild was able to grow from 10 to 20 employees, enabling it to invest in picking up opportunities in new markets.

“A lot of small businesses might think twice about hiring people because of the cost blow,” Kevin says. “Whereas, if you have the financial support behind you from Enterprise Ireland, it makes it that little bit easier to overhire people in advance of winning contracts.”

In 2015, Modubuild won its first large international contract — a data centre project in the Netherlands, worth €8 million, for a client that the company had previously worked for in Ireland.

“That was our biggest contract up to that point and it was in a new market so it was a double win for us,” Kevin recalls, adding, “From this, we developed a reputation as a company that could deliver large, complex, fast-track projects internationally. At the time, it was one of the largest data centre projects in Europe.”

That said, there was more to entering the Dutch market than winning a contract there — Modubuild needed local advisors and partners that could guide the company on the legal and tax compliance front. Enterprise Ireland recommended a law firm that could offer advice around contract, legal and tax requirements as well as an accountancy firm that could help with day-to-day work related to labour, payroll and local compliance.

Since then the company has continued to ramp up work in the Netherlands — there are currently multiple multi-million projects ongoing — and, with Enterprise Ireland’s support and guidance, opened an office in Amsterdam in January of this year.

“Enterprise Ireland arranged for Kevin Kelly, the Ambassador of Ireland to the Netherlands, to attend the official opening and we got a nice bit of PR around that,” Kevin says, adding that something similar is planned in the coming months when the company will announce the opening of a new office in Brussels. “We recently set up a regional office in Belgium where we have won our largest project to date. We have also secured significant contracts in Finland and Sweden, so we expect to see continued strong growth across the Benelux and Nordics regions in addition to Ireland and the UK.”

With the digital universe expected to reach 44 zettabytes by 2020, fuelled by the Internet of Things and the use of connected devices, the global data centre industry shows no signs of slowing down — and either does Modubuild.

“We’ll continue to grow our international data centre business. Every year we’re picking up more contracts and larger contracts, which is causing us to grow across Northern Europe and we expect to enter some new markets within the next year such as Norway,” Kevin says.

He also sees the off-site facility as a major factor in Modubuild’s future growth.

“We’re the only company in Europe with an off-site facility that can produce these high-tech buildings and it allows us greater control of quality, greater efficiency and enables us to export a higher value product, meaning we can do more of the value-add within Ireland before we ship out the buildings” states Brennan.

And because a strong team will be central to such growth, Modubuild is in the middle of a major recruitment drive and has hired 20 additional people in the last 12 months, bringing its total to 45 direct staff as well as over 200 indirect employees.

“I expect that Enterprise Ireland will help us with more job expansion funding and by making key introductions as we enter new markets,” Kevin shares, adding that he’d urge any Irish company that’s considering a move to talk to Enterprise Ireland and to other companies who have successfully diversified their client base. “It’s extremely worthwhile to move into new markets. The benefit of scaling your business internationally is that you’re not dependent on any particular market. Even if things are quieter in Ireland, when you have multiple different markets, you spread your risk.”

Read more on the supports available to help your business diversify into new markets or speak to your Development Advisor today.