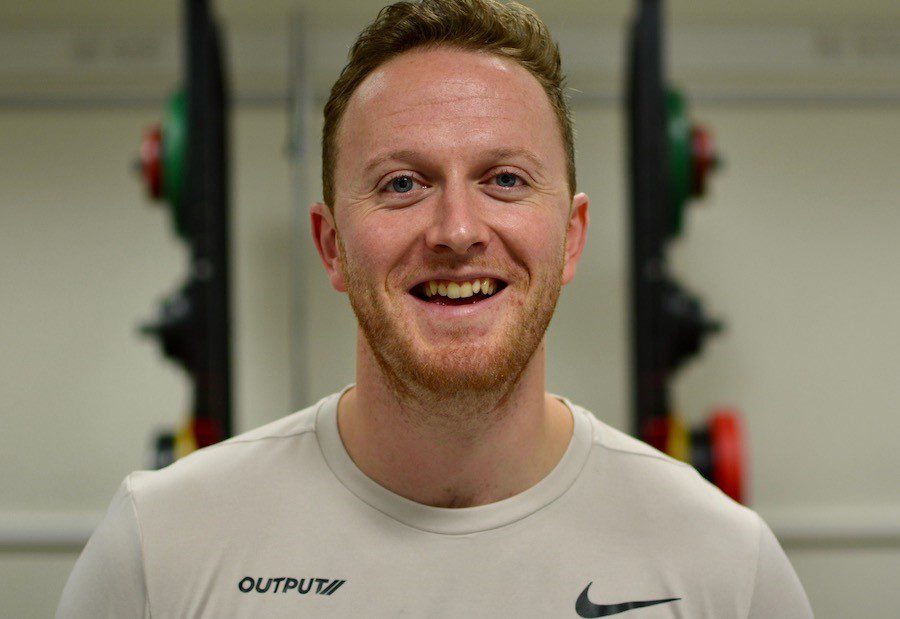 A passion for sports and data has proved the winning formula for Dr Martin O’Reilly, co-founder and CEO at Output Sports.

Founded in 2018, the company develops technology to test and track the performance of athletes. However, the origins of the team stretch back further.

In 2012, Martin was first exposed to wearable sensors, signal processing, and machine learning during an undergraduate degree in Sports and Exercise Engineering, NUI Galway (NUIG).

“At first, I was just interested in what could be measured in the gym and that led to a PhD in Machine Learning for Signal Processing at UCD”, laughs Martin, as he reflects on his commercialisation journey with Enterprise Ireland.

Getting the ball rolling

Martin discovered a problem during his fieldwork.

He realised that athlete testing and tracking involved the use of cumbersome, bespoke equipment. These tools were unreliable, expensive and time-consuming.

When he looked deeper into the issue, he realised that strength coaches and medics were spending less time doing the things they truly cared about – coaching and rehabilitating others.

Martin and Darragh’s PhD advisor Brian Caulfield, Director of the SFI Insight Centre for Data Analytics at UCD, adopted a leadership role in their project.

“Brain’s involvement was pivotal for us. He surrounded us with anthropologists, statisticians, doctors, and physios. He’s a brilliant creative mind and still sits on the board today as an adviser,” says Martin.

The team was about to be given a jolt of confidence. Darragh conducted 80 interviews with sports practitioners who completed quantitative and qualitative surveys.

“Their pain points almost perfectly matched our algorithms and research. That encouraged us to commercialise,” says Martin.

In 2018, the team applied for an Enterprise Ireland Commercialisation Fund, allowing them to ramp up and develop a minimum viable product (MVP).

The team gathered extensive feedback from 30 potential users, as they tinkered and iterated the MVP. In 2019, Julian Eberle, the third co-founder and also CTO, came on board and began leading the technical side of things, such as developing mobile applications and implementing the MVP’s algorithms.

“We were beginning to put the meat on the bones,” says Martin. Together with Enterprise Ireland, they created a rigorous project plan with a series of milestones and timelines. Martin and the team regularly met with Enterprise Ireland advisors Gerard Lande and Tom Bannon to help focus the project from a commercial viewpoint.

After many months of hard work, the team launched Output // Capture in February 2020. The product can test multiple aspects of athletic performance with a matchbox-sized wearable sensor that can be fitted to your wrist or upper arm.

With Enterprise Ireland’s support, the team began reaching out to contacts in the world ofsport. They were excited by the names showing interest.

Believing in your team

Soon after launching Output // Capture, the company spun out from UCD School of Public Health, Physiotherapy and Sports Science. The team made the short move to the university’s innovation hub NovaUCD, where they are now based.

Output Sports now has 200 clients from professional sports teams right down to school and university levels. Among the company’s partners are several professional soccer clubs, this includes Premier League sides including Burnley, Norwich City, and Watford. The team also partner with Leinster Rugby and the England men’s football team.

“We received funds from other investors, but the key to that was the backing we received from Enterprise Ireland. They also helped with grants and opened doors for us to make important contacts, so they’ve been fantastic.”

For anyone embarking on their own project, Martin has some advice: “Surround yourself with mentors and listen. Most of all, enjoy yourself. We’ve loved every second of our journey.”