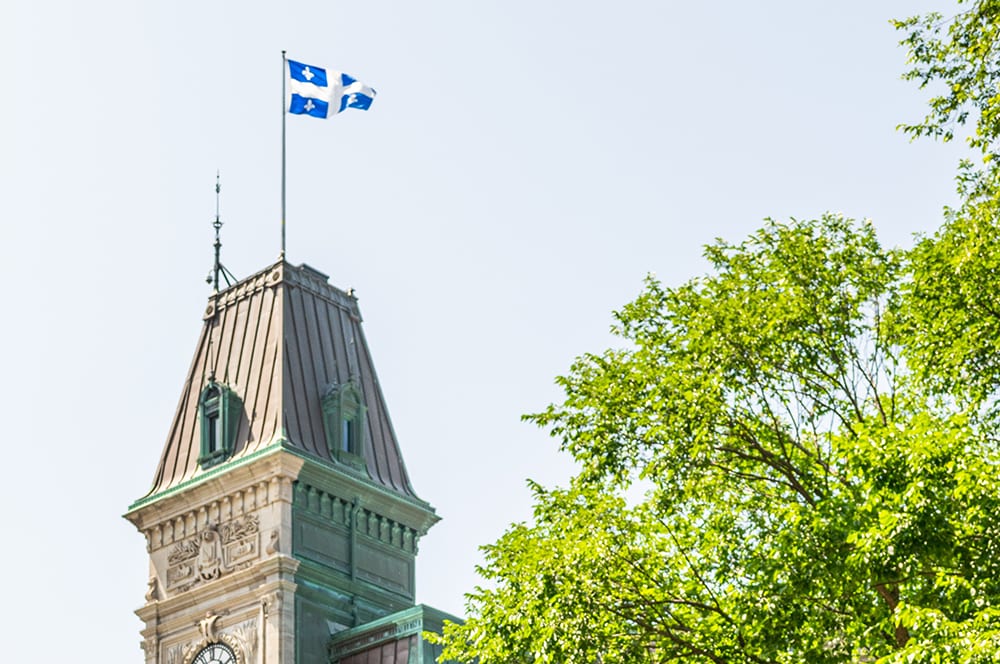 Home to nearly a quarter of the Canadian population, the Quebec province includes one of North America’s largest, most vibrant, and perhaps overlooked markets. With world-class universities, a talented workforce, an abundance of natural resources and the lowest operations and energy costs in North America, Quebec attracts a diverse range of tech companies and start-ups to its historical, inviting cities.

A common understanding is that “selling and exporting to Canada, overlooking the province of Quebec would be similar to promoting your products in the U.S. but disregarding California, New York, and Florida, which together constitute a similar percentage of the overall population.” Additionally, The Comprehensive Economic and Trade Agreement (CETA) between Canada and Europe means the timing is right to invest more in partnerships with Canada, as benefits for Ireland and Québec based companies include tariff free trade, easier access to procurement opportunities, and much more.

With a populace of more than 4.2 million, Montréal, Québec’s main metropolis, attracts tourists, companies and investors from all around the world. This French-speaking province boasts a high standard of living and a highly-educated workforce that fully embraces cutting-edge technology. Quebec holds excellent potential for Irish business, especially in shared strength areas such as transportation, aerospace, AI, data centers, life sciences, digital media and agriculture.

In Montréal alone, there are eleven universities, sixty colleges, and the highest number of post-secondary students in Canada, so it’s no surprise that the city offers the world’s largest concentration of academic researchers in deep learning. Canada is home to several AI pioneers and their research has attracted a vibrant, international community of data scientists. Not only has this created a diverse talent pool, it has sparked significant investment in bridging the gap between research labs and industry.

Attracted by the lowest energy costs in all of North America, the Quebec province draws many large-power customers, including data centers and other tech-based enterprises. Affordable energy benefits most everyone in the province, with Natural Resources Canada noting that in Québec, the residential rates are nearly 1.5 times lower than Toronto and four times lower than New York.

Many are surprised to learn that the Canadian province of Quebec is home to the world’s third-largest hub for the aerospace industry. Many large players, including Bombardier, Pratt & Whitney, Rolls-Royce Canada, CAE, Bell Helicopter, Safran, Lockheed Martin, and Thales, and a long list of suppliers and sub-contractors contribute to this critical and vibrant business sector.

Canada has a booming smart transportation hub with over 1,000 companies in the industry. Drawn to the region by low energy and operations costs as well as the workforce talent, many hybrid vehicles and specialized electric vehicles are now manufactured in Québec, including city buses (Nova Bus); Class 7 trucks (Paccar Open); mining vehicles by (SCP 89’s Minautor); modular industrial vehicles by (Kargo), and small trains and transportation shuttles from (Wattman Trains & Trams), to name a few.

Since the 1980s, Quebec has brought creativity and innovation to the gaming and entertainment industries. Today, Quebec is recognized as one of the world’s top five video game production cities after Tokyo, London, San Francisco and Austin. There were more than 11,000 people employed in Quebec’s video game industry in 2017. Additionally, Quebec is home to the largest Visual Effects (VFX) and animation hubs in Canada and is regarded as a world leader in VFX development.

Québec’s pool of skilled research personnel positions the region among the world’s best for life science innovation. Built upon an environment of collaboration between companies and research centers, Quebec is the sixth-largest life sciences and health technologies hubs in North America. More than 130 companies in the biotechnology industry employ 4,700 people in the greater Montreal area.

With an abundance of natural resources, including more than half a million lakes and 4,500 rivers supplying fresh water throughout the province, Quebec supports a robust and thriving agribusiness. With nearly 8,000 dairy farms, Quebec’s dairy industry is the largest in Canada. And the region’s farmers produce nearly 90% of the world’s maple syrup.

One-fifth of Canada’s mining output comes from Québec. The providence is the largest producer of zinc and the second-largest producer of gold and iron in Canada. More than 15 different metals and 13 minerals are mined and produced in Quebec, including lithium and apatite. Québec is one of the rare producers of niobium, titanium dioxide, cobalt and platinum in the world.

While you may have spent time in parts of Europe where most of the population is comfortable in English despite it not being their native language, this is not the case in Quebec. Only 43% of Quebecers are bilingual, and while younger generations and the business community tend to be more comfortable in English, you will encounter many Quebecers who speak little to no English. Fortunately, Quebecers are exceptionally good-natured and welcoming, and if your French is not strong, they will do their best to communicate.

In all, Quebec is a dynamic, growing market that has adapted to the demands of the 21st century exceptionally well. Canada’s commitment to talent development, strong support for innovation, and low business costs make it a good match for all that Irish business has to offer. Taking the time to understand this market and build a business plan and market strategy which resonates Quebecers will be well rewarded.

Organico: Turning online retail into a healthy business during Covid-19