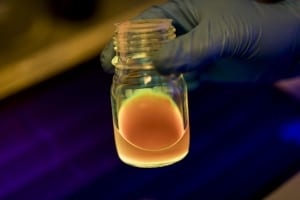 “The bottom line is that without the Commercialisation Fund, Senoptica wouldn’t exist.”

As part of her PhD studies, Dr. Rachel Evans developed a novel idea for an optical sensor technology, but it wasn’t until one of Enterprise Ireland’s Commercialisation Specialists knocked on her door many years later that the transformation of the idea into a commercial product began.

“At the time I was a lecturer in Trinity College Dublin and one day a Commercialisation Specialist stopped by to find out if I was involved in anything that was appropriate for Enterprise Ireland funding. I had been thinking about how I could develop the sensor technology and identify a specific application for it.

“The Commercialisation Specialist advised me to carry out a feasibility study to test the market, which I did, with support from Enterprise Ireland. They helped me to find someone with experience in the food sector to act as a consultant on the study and he was critical in identifying where the market might be for the technology. We found that a lot of companies were interested.” 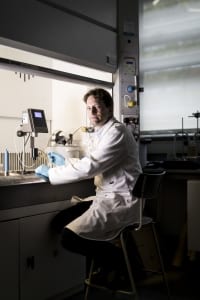 With strong indications that there was a market for the sensors, particularly in the meat industry, the next step was to do a proof of concept study. In 2013, Evans secured Commercialisation Fund support and in 2014 brought Dr. Steve Comby, a postdoctoral researcher and a specialist in molecular optical sensors, on board for the project.

“Rachel and I had matching and complementary skills so we had all the expertise we needed from the point of view of technology to make the project successful,” says Comby.

By the end of the project the technology was proved at a small scale but it was not industry ready.

“We needed to adapt elements of our product to enable us to create something that is more industrially relevant and that could be manufactured in large quantities,” says Comby. “So we applied for a follow-on Commercialisation Fund.”

Evans explains: “The market isn’t interested in 5–10 years’ development time, they want the technology now. But there’s a huge leap from doing something in a lab on a small scale to doing it on an industrial level. In the first Commercialisation Fund project we were producing an A4 size of film, by the second we were producing 5km of film. We couldn’t have achieved that scaling without Enterprise Ireland’s support.”

Further support came from CRANN, the Centre for Research on Adaptive Nanostructures and Nanodevices and AMBER, the centre for Advanced Materials and Bio Engineering Research, both in Trinity College, which supplied bridge funding to keep the project going between the first and follow-on Commercialisation Funds. Importantly they also gave the team access to a portfolio of companies.

“As an academic you can be reluctant to speak to industry, but CRANN and AMBER knew how to do that, which was extremely helpful. They are still very supportive,” says Comby. 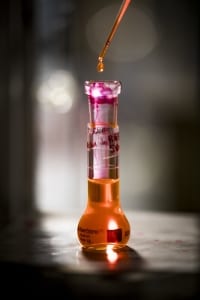 Evans admits that the pathway to commercialisation wasn’t straightforward.

“We needed to develop an approach to integrating our sensor formulations within food packaging. There are a lot of stakeholders in the food industry’s production and distribution chain so we had to talk to many different companies and that was really challenging.”

But the team found that with the project’s Commercialisation Specialist working in tandem with Trinity’s Technology Transfer Officers and the Commercialisation Manager at AMBER, they had a powerful network of support.

“The Commercialisation Specialist was very helpful in making contacts and setting up meetings. The support I got internally in Trinity from Technology Transfer Officers and the Commercialisation Managers at Amber was also hugely important in getting us to the stage we’re at,” says Evans.

Throughout the project the team met regularly with Enterprise Ireland advisors. “That was useful as they had an overall view while we were immersed in the technology, so they could see challenges or solutions to challenges that we’d overlooked,” says Comby.

From concept to company

Senoptica was incorporated in 2018 and, to complement Evans’s and Comby’s skills, Brendan Rice joined as Chief Executive Officer to focus on business development. His appointment was facilitated by Enterprise Ireland’s Business Partner Programme.

“Brendan’s appointment was essential for the development of the company. We needed to strengthen the business side of things and Brendan has extensive experience in the food industry. He was able to quantify the size of the opportunity,” says Comby.

By then Evans had taken up a full-time position in Cambridge University and although she remains a director and consultant to the company, its future development will be driven by Comby and Rice.

“I had to let go and that’s been really hard as the technology was my idea,” she says. “The reality is that there are few academics who will quit their jobs to become CEO of a company so someone else has to take it forward and you have to let go and look at the bigger picture. The important thing for me is to focus on what my motivation was in bringing my idea to market and how much satisfaction I will get from seeing it launched.” 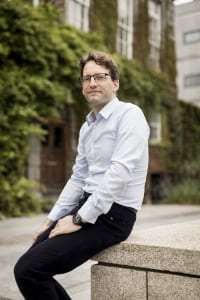 Having taken the early stage research to successful industrial scale production, Comby is well placed to direct the future development of the technology. And he feels he has acquired new skills along the way.

“I’ve learnt about project development, scheduling, scaling up and achieving clear deliverables. I also learnt massively from the interactions with industry representatives,” he says.

“I’d say to others, if you think you have technology that could be commercialised start with the feasibility study and you will find out if people are interested in what you are doing. And don’t be afraid, because the Commercialisation Fund is a great support.”