SpeakingNGI – Shaping the internet of the future 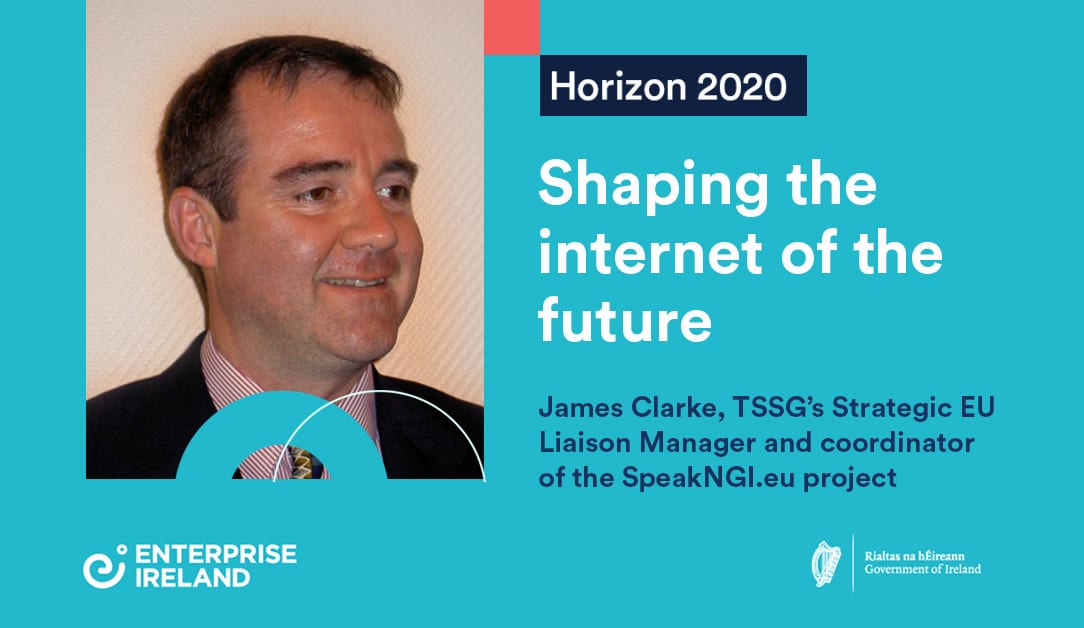 “We are delighted and proud to have contributed to the successful building of the EU’s flagship Next Generation Internet – An Open Internet Initiative (NGI)”.

SpeakNGI.eu, a partnership between TSSG and Trust-IT Services Ltd, was one of three Horizon 2020-funded Pathfinder Projects that aimed to identify research topics, enable dynamic consultation, and shape the programme for the NGI initiative. For more information on the initiative, please consult the NGI Brochure.

Begun in 2017 and running for just 18 months, SpeakNGI.eu addressed the dynamic consultation aspect of the pathfinder programme, by building a platform with mechanisms for engagement with the NGI stakeholder communities, creating a knowledge base and establishing a 16-strong European Champions Panel of thought-leaders.

“These pathfinder projects were important cogs in a bigger wheel and a very important step towards the establishment of the EU’s flagship NGI initiative and directly contributing to the selection of priority NGI topics for the open calls being funded by the larger scaled NGI Research and Innovation Action projects,” explains James Clarke, SpeakNGI.eu project coordinator.

“We were considering what the Internet will look like 10 years from now, dealing with mounting concerns about security and privacy, and anticipating radically new functionalities. Our platform enabled organisations and individuals to share their ideas and we collated the information and published it in a readable format, essentially building the topics that would eventually be funded through cascade funded open calls by the NGI RIAs.”

From data gathering to experimentation

Following the successful conclusion of the Pathfinder Projects, the EC launched Research and Innovation Actions (RIA) as the next step towards its vision of creating the ‘internet of humans’.

In the first tranche of the NGI RIAs, they funded open-call NGI projects based on the topics the pathfinders identified, such as privacy and trust technologies, decentralized data governance, and better search and discovery technologies.

On the back of SpeakNGI.eu’s success, Clarke led a five-partner team that secured an NGI RIA project covering EU – US cooperation. The project, NGIAtlantic.eu, which runs until June 2022, is funding EU-based researchers and innovators to carry out NGI-related experiments in collaboration with US research teams.

“We have a €3.5 million budget, 80% of which is dedicated for open calls funding third-party projects. We select, fund and monitor the projects, which are building on research results and moving to the experimentation stage on EU and US experimental platforms,” says Clarke.

“The vision of a new initiative, launched by the EC in 2016, is now at the stage of funding innovators through RIAs with an overall budget of €75 million over a three-year period. We are delighted and proud to have been part of this long-term strategic action and to have contributed to the successful building of the EU’s flagship NGI initiative.”

The two NGI projects are not Clarke’s first foray into the world of EU funding and he has a wealth of experience to call upon.

“I’ve been involved in EU-funded projects back to the early-nineties so this wasn’t a first for me. For the most part, the experience has been good and challenging. Where it hasn’t been so good, it can be down to teaming up with the wrong partners, perhaps with not enough foresight into the strategy and team building experiences when working in the proposal stages. With experience, I’ve learned how to pick the right partners every time, which is very important,” says Clarke.

Clarke says “There is certainly a lot of work involved in putting a proposal together for projects. I found the Enterprise Ireland Coordinator Grant to be a huge support in helping prepare a successful Horizon proposal.”

It has enabled me to bring in great mentors to help with not just the reviewing process, but also to generate content, where needed. And if I couldn’t find someone suitable, who was also available, in Ireland, I could go further into Europe to get the right person.

“Before Covid-19, I would meet the mentor and spend a couple of days working with them on the proposal and I found that much more effective than relying on feedback from written drafts. Since I started taking that approach, I’ve been winning more projects.”

Although he admits that being a coordinator on a Horizon 2020 project can be sometimes difficult, Clarke firmly believes the experience has many rewards.

“Working with like-minded researchers and innovators from around Europe has been a big thrill for me. Coordinating a Horizon 2020 project also frequently offers the opportunity to be invited to participate in more projects, events and follow-up activities. The more you succeed, the more invites you get. Overall, it’s very fulfilling and enjoyable.”

For advice or further information about applying for Horizon 2020 support please contact HorizonSupport@enterprise-ireland.com or consult www.horizoneurope.ie