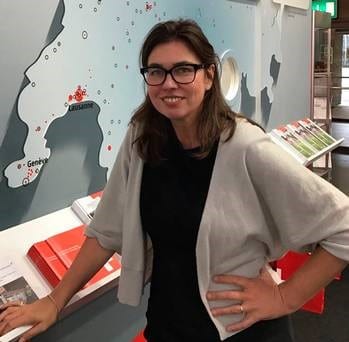 Switzerland is on top of the world – almost literally, because from the dizzy vantage point of those Toblerone-shaped peaks in the Alps – it is number one for competitiveness, according to the World Economic Forum Global Competitiveness Report 2016/17.

Retaining this position for the eighth year in a row, despite the Swiss franc remaining sky-high since it was unpegged from the euro in January 2014, is a testament to the sophistication of its economy.

Innovation is key to this. Switzerland was ranked first in the world for innovation by the European Union in 2016. The Swiss Federal Institute of Technology Zurich and the University of Zurich are listed 20th and 54th respectively on the 2015 Academic Ranking of World Universities, while the International Institute for Management Development in Lausanne is among the world’s top business schools.

History and geography play a part too. For centuries, the Swiss have controlled access through one of Europe’s major physical frontiers – the Alps. Swiss engineering ingenuity has been honed by the need to tunnel and build a network of cable cars, rail tracks and motorway against gravity-defying odds, giving them one of highest road and rail densities in Europe.

Their precision engineering prowess in watchmaking has made them leaders not only in luxury goods, but also in the medical-devices industry. And, of course, those Heidi-inspiring landscapes give us Swiss chocolate, Emmental, Gruyère and an international dairy and food ingredients industry. Switzerland is an attractive market for Irish companies because it is strong in areas where Ireland also has world-leading capability and expertise. This includes pharmaceutical manufacturing, medical devices, dairy and food ingredients, financial services and engineering.

Along with the Brown Swiss cattle breed, chocolate and the Alps, neutrality is badge of Swiss identity – a shared value in a country with a historic Catholic-Protestant divide. It also has four official languages – German, Italian, French and Romansh, each with its attendant culture leanings – and 26 cantons, with the power to determine local regulations and taxes. Neutrality has made Switzerland a unique player in international relations and a major base for international agencies like the United Nations and the Red Cross, as well as sports governing bodies, including the International Olympic Committee and Fifa.

It has also contributed to Switzerland’s historic standing as a safe financial haven. Switzerland’s financial sector, including its banks and insurance industry, remains in rude health, providing some 6pc of all employment in Switzerland and accounting for a tenth of value-added.

Alongside major financial players – UBS, Credit Suisse and Zurich FS – Switzerland is home to global giants in pharmaceuticals and the food industry; for instance, Nestlé, Novartis and Roche. With 15 home-grown Fortune 500 players, it punches above its weight compared to larger neighbours, Germany, France and Italy. Now is a good time for Irish business to consider this market. Swiss companies are feeling the pain of the strong franc and are looking to retain competitiveness by sourcing outside the country.

Currently, Switzerland is the 11th-largest export market for Enterprise Ireland clients. Total sales rose from €295m in 2014 to €306m in 2015. This is higher than larger markets such as Canada, Australia and South Africa.

Switzerland’s appeal is manifold. A prosperous market, political stability, a competitive tax rate and good rankings for ease of doing business. Being outside the European Union presents few difficulties for Irish exporters because it is a member of the single market.

For sure, it’s an expensive place. But Swiss companies have massive purchasing power and a desire to do business externally. With direct flights to Basel, Zurich and Geneva taking just two hours, and plenty to occupy business travellers’ down time, Irish supplier could find Switzerland a sweet seduction.