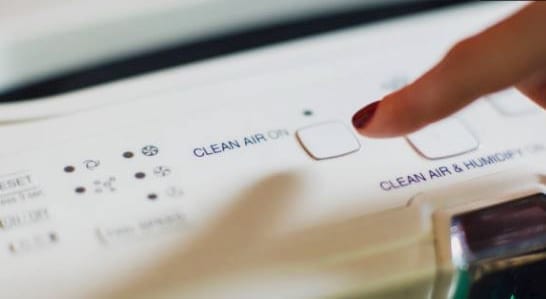 As focus falls on airborne spread of virus, independent research suggests Irish innovation can help solve a major problem for healthcare and other sectors

One of the many ways our lives have changed during the spring of 2020 has been the way we communicate. New words, phrases and expressions have entered our vocabulary, from acronyms like WFH and PPE to the rallying cry ‘Stay home’.

The one we’ll remember the most, however, the one most likely to linger in our lexicon is the term ‘social distancing’. Years from now, in a bar in Belfast or a restaurant in Rathmines, we will probably still be acutely aware of the social distance between ourselves and the next person.

The huge emphasis on social distancing – and other rules including hand washing – underline that the focus on limiting the spread of Covid-19 has up to now been about avoiding human contact. Keep your distance – no touching.

While steering clear of potentially contaminated people and surfaces remains the focus, there is increasing awareness of the ‘aerosol’ or airborne spread of the virus that comes from dried particles dispersing over long distances and remaining suspended in the air.

Many health authorities are now aware that these viral particles can circulate for long periods and can cause infection when inhaled. For 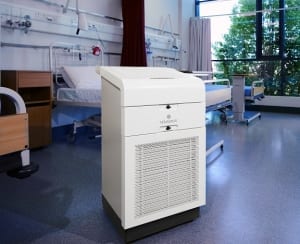 hospitals, care homes, schools, factories and other buildings where large numbers of people gather indoors, clean air is now vital to prevent the spread of Covid-19.

This is where Novaerus comes into the picture. One of the many Irish tech companies helping the world to fight the virus, this Dublin-based firm specialises in manufacturing medical-grade clean air solutions for the healthcare and other sectors.

Part of the WellAir company, Novaerus has just announced successful independent test results for its most powerful solution, the Defend1050. Significantly, this patented, portable air disinfection device has been proven to reduce MS2 Bacteriophage (a surrogate for Covid-19) by 99.99% in just 15 minutes.

Designed for continuous, rapid air cleaning in large spaces, especially where there is a high risk of infection, the Defend 1050 uses Novaerus’ patented, ultra-low energy plasma technology to eliminate airborne viruses and vastly reduce the risk of disease.

“Infection can be transmitted on air currents over distances, by direct and indirect contact, or by a combination of all three routes,” says Dr Felipe Soberon, Chief Technology Officer at WellAir.

“Independent tests prove that the Defend 1050 is ideal for mitigating the risk of airborne dissemination of infection and contamination of surfaces and hands by reducing the bioburden in the air.” says Soberon.

The Defend 1050 was independently tested by US-based Aerosol Research and Engineering (ARE) Laboratories. Placed in a sealed Bioaerosol Test Chamber with aerosolized MS2 bacteriophage, the device took just 15 minutes to reduce the MS2 bacteriophage by 99.99%.

“The methods used by labs like Aerosol Research and Engineering are informed by consensus standards and established by international bodies and scientists,” says Dr Kevin Devlin, CEO at WellAir. “We’re confident that the tests are indicative of how effective the Defend 1050 can be when removing viruses, like coronavirus, from the air.”

The efficiency of the Defend 1050 has been recognised by Chinese health authorities and registered on China’s official platform for disinfection products. Novaerus also recently donated several air dis-infection devices including Defend 1050 models to two hospitals in Wuhan, China, to help them reinforce their virus protection protocols.

Many hospitals worldwide have installed Novaerus technology to help reduce the transmission of Covid-19 among both staff and patients. The Irish technology is also being used in other healthcare facilities, senior living facilities, schools, and other buildings.

The patented plasma technology used in Novaerus products was invented in 2006. Clinical trials began in Europe in 2008 and a radical upgrade of the technology was completed in 2011. With the help of Enterprise Ireland, the company expanded into the US, Asia, Europe and the Middle East, and its products are now deployed in more than 40 countries worldwide.

Novaerus is part of WellAir, an Irish company on a mission to reduce indoor airborne pollutants to create living, working, and healing spaces that foster rather than detract from human health, productivity, and wellbeing.