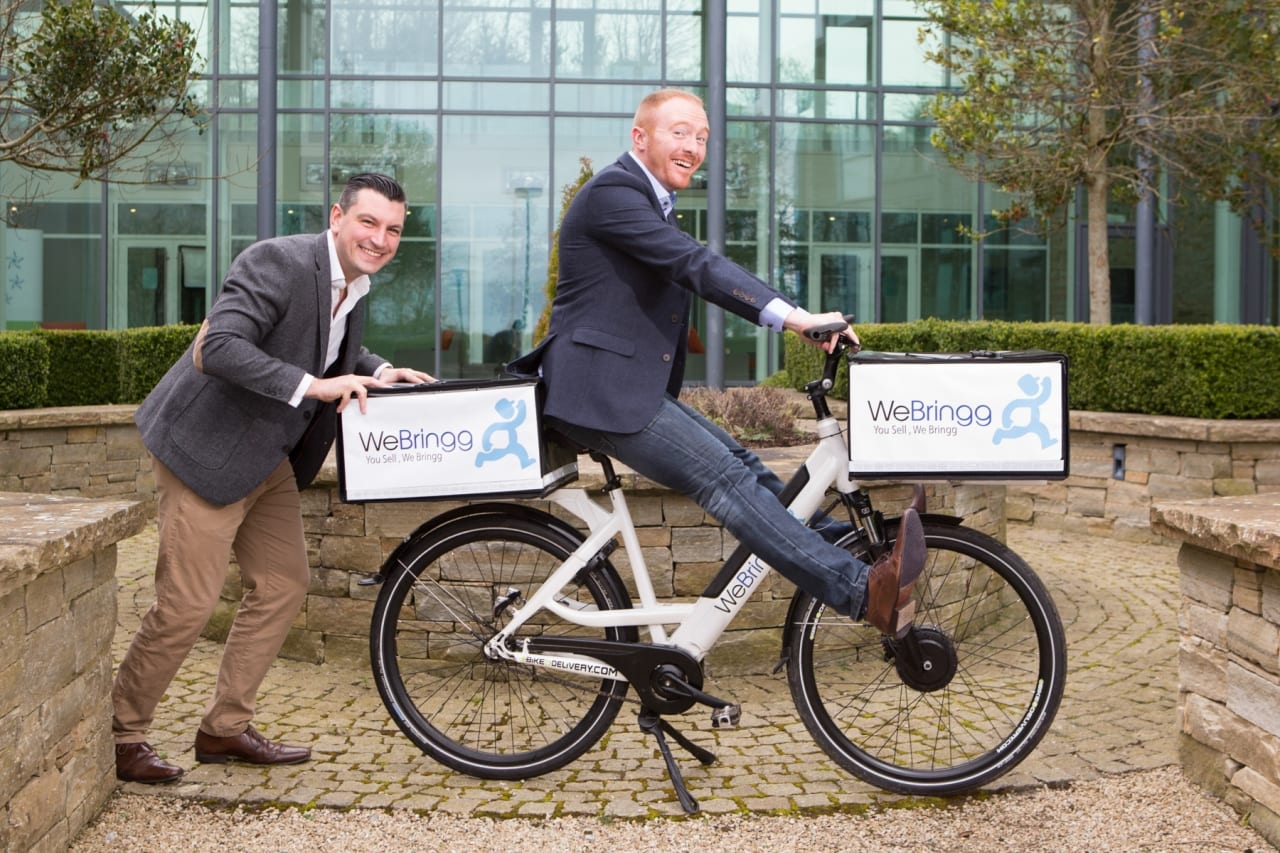 When Alan Hickey forgot his wife’s birthday, it seemed like a disaster. In fact, it turned out to be a very good thing indeed. It gave him the idea for WeBringg, an on-demand crowdsourced delivery service.

Hickey set up the business with co-founder Sean Murray after a discussion about whether or not a delivery company already existed that could save the day by allowing him to buy a present online and have it delivered immediately.

Not possible, said Murray. Why not? said Hickey, in what proved to be their eureka moment.

Hickey was a financial broker, while Murray’s background was in app development. While still employed in their day jobs, both worked nights and weekends to develop a crowdbased delivery platform to connect retailers and consumers. 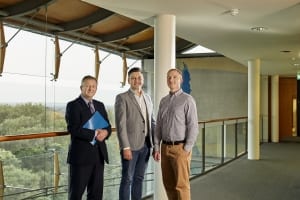 They launched in 2016, doing deliveries for local retailers themselves before landing a partnering deal with restaurant delivery operator Just Eat.

To support its growth, Local Enterprise Office Fingal referred WeBringg to Enterprise Ireland, who identified it as a High Potential Start Up. With its support, the company raised seed funding of €850,000.

What appealed to investors was its compelling offering. “If you wanted to be the largest logistics delivery business in the world, you would need billions of euro. The other way is to build and sell robust scalable software to any retailer in the world,” said Hickey.

Providing dispatch software, operator services and consultancy allows it to differentiate itself in the markets it operates in.

“We totally ‘get’ dispatch because we are a hybrid model spanning every vertical, through to last mile delivery, which we can do direct or through third-party delivery partners. And we help large-scale retailers, who have thousands of vans on the road, to optimise their existing fleet.”

It wins its business by understanding that retailers are expert at marketing and selling products, but not at logistics or last mile delivery. “So let us be that expert,” he said. “Last mile delivery is a totally new area of logistics. We have an opportunity to set the global standard for it.”

Today WeBringg operates in the UK, Spain, Australia and New Zealand and has a team of 38 staff, and more than 1000 independent drivers worldwide.

It has an annual run rate of €5 million a year and three revenue streams – providing crowd sourced deliveries directly to consumers, including for Just Eat; partnering with retailers such as Musgrave to provide dispatch technology; and providing data driven consultancy services to the retail and delivery sectors.

Working with Enterprise Ireland also helped WeBringg to develop its board, which it did by taking on experienced non-executive directors. “If we wanted to be a big global company, we had to start thinking like one,” he said.

While the UK was the business’s obvious first choice for exports, the Brexit vote provided an unexpected challenge. “With Brexit, we needed another market to expand into. Lots of companies go the Eurozone route but for language and cultural reasons, we decided there were more opportunities for us in Australia and New Zealand.”

“We were able to take the CEO of Menulog out to dinner at the Sydney Opera House,” he said.

“A dinner is just a dinner, but when you are introducing people to your Minister for Trade and Enterprise and the President of Ireland, that’s worth so much more.”

Partnering with the largest food ordering platform in Australia

WeBringg subsequently signed a partnership deal with Menulog, the largest food ordering platform in Australia, and opened an office in Brisbane.

In June 2018, it acquired Spatula, a spin-out of the University of Western Australia. “We knew we needed to take the software global and that we had gaps in our technology. These guys had unbelievable dispatch software but were not commercial,” he said.

Spatula has helped bring seamless real-time tracking for customers, enabling WeBringg to perfect its infrastructure as it grows, accelerates and expands worldwide. “It’s now our entire tech team, all our development comes from there,” he said.

WeBringg has continued growing in the UK market too, recently setting up a UK subsidiary in Scotland, to help mitigate the risk from Brexit. “If there is a hard Brexit we can transfer all the trade into that subsidiary.”

All along the way the company has benefited from a variety of Enterprise Ireland and Local Enterprise Office supports, with mentoring, funding, guidance and advice. Murray participated on a CEOs’ retreat too and that kind of networking is invaluable too, said Hickey, “because, if you haven’t experienced something, you can be sure someone else has.”