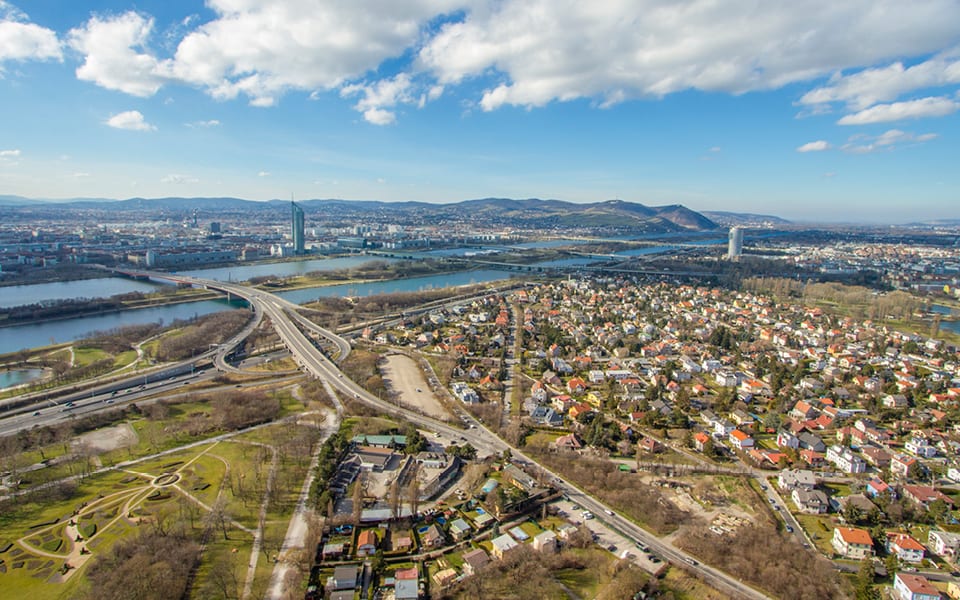 There’s a small, outward-looking, industrious country keen on exports that sometimes lives in the shadow of its larger neighbour. It thrives on innovation and its people are known to work and play hard.

While the above could be a description of Ireland today, it is also true of Austria. And although Irish companies tend to overlook Austria in favour of its neighbour Germany, the Eurozone’s largest economy, exporters may want to rethink the opportunities available in its equally prosperous and resourceful neighbour.

With just eight million in population but with the same landmass as Ireland, it may appear small but looking at present-day Austria in isolation ignores the deep-rooted and long-held trade links forged by the vast European empire that spanned central and eastern europe and the Balkans.

Today, it not only remains a gateway to the very same eastern markets but with the conclusion of the Chinese Silk Road rail line, goods to and from China take around 10 days from Vienna.

How to unlock export potential in Austria

How to unlock Austria’s export potential was a core topic of the most recent Ambition Germany event in Limerick, organised by Enterprise Ireland.

Despite its picture postcard image of Alpine vistas or Viennese opulence, Austria’s economy is driven by a high industrial base with a strong automotive sector, and it is Austria not Germany that manufacturers the iconic BMW 5 series seen on Irish roads. Only Germany and Switzerland exceed Austria’s per capita industrial output with its industrial base accounting for 28% of GDP.

It’s not hard to see why it’s home to 300 multinationals and the European home to 28 Fortune 500 companies. It has a strong presence in cleanroom manufacturing (almost half of the world’s data chipped passports contain Austrian data chips), automotive expertise in diesel engines, high-spec powertrains such as F1 cars, electric vehicles and autonomous driving tech, as well as strong clusters of cleantech and environmental, as well as fintech. Its banking sector has long standing access to the Balkan countries.

Ireland is currently a net exporter to Austria, with Irish businesses racking up a €200 million surplus in balance of trade on an export market worth €1.2 billion annually.

Austria’s ability to act as a stepping stone to near markets is a valid reason for market entry. It shares land borders with eight countries.

Graz is ideal for firms looking for a gateway to the south, and since the 1990s has evolved into a key health and medical hub, sharing a lot of synergy with the likes of Ireland’s own Galway.

Doing business in Austria is relatively straightforward but there is local complexity in setting up a direct presence, according to Josef Tremel, CEO of Advantage Austria. Setting up a limited company can require clearance from some four separate bodies, Tremel told delegates.

“The good news is that Austria has, like Ireland, because of its size, strong, tight-knit networks. You can certainly use this to your advantage to get sectoral referrals and reference projects. It’s definitely worth putting effort into a good contact in your sector because they will ultimately open up doors for you.”

While business culture will be familiar to Irish firms, it still remains formal, with Austrians placing a great deal of importance on hierarchy and titles. Austrian firms abhor risk and value being able to plan long-term. Being able to demonstrate long-term commitment and the ability to meet future capacity will count in negotiations, according to Tremel.

“We Austrians place a great deal of value on history, particularly in business, and many firms have a long family history behind them. It is always worth mentioning your own history as it generally reassures us,” he said.

Austrian productivity is famous but it may be surprising to learn that many firms simply close at 2pm on a Friday. Irish firms used to flexible working should be mindful of Austrian work practices. Leisure-time, particularly family-oriented, is taken seriously.

History continues to loom large over Austrian business and some Irish firms may be tempted to sell into market out of existing German centres but this is unlikely to go down well, the conference heard. While there are exceptions, of course, native German sales reps will find it tough going with the possible exception of Bavarians.

For Fergal Keen, Managing Director of cargo-partner Ireland, the advantages of Austria were obvious.

“There’s no doubt that actually setting up there is time consuming and frustrating but if you know what’s coming, you can live with it.

“However, the benefits outweigh all that. It really is a gateway in the fullest sense of the word. Getting into Austria means getting Irish goods beyond the borders and they go further than Austria to the likes of Croatia, Bosnia and Eastern Europe. That’s the advantage.”