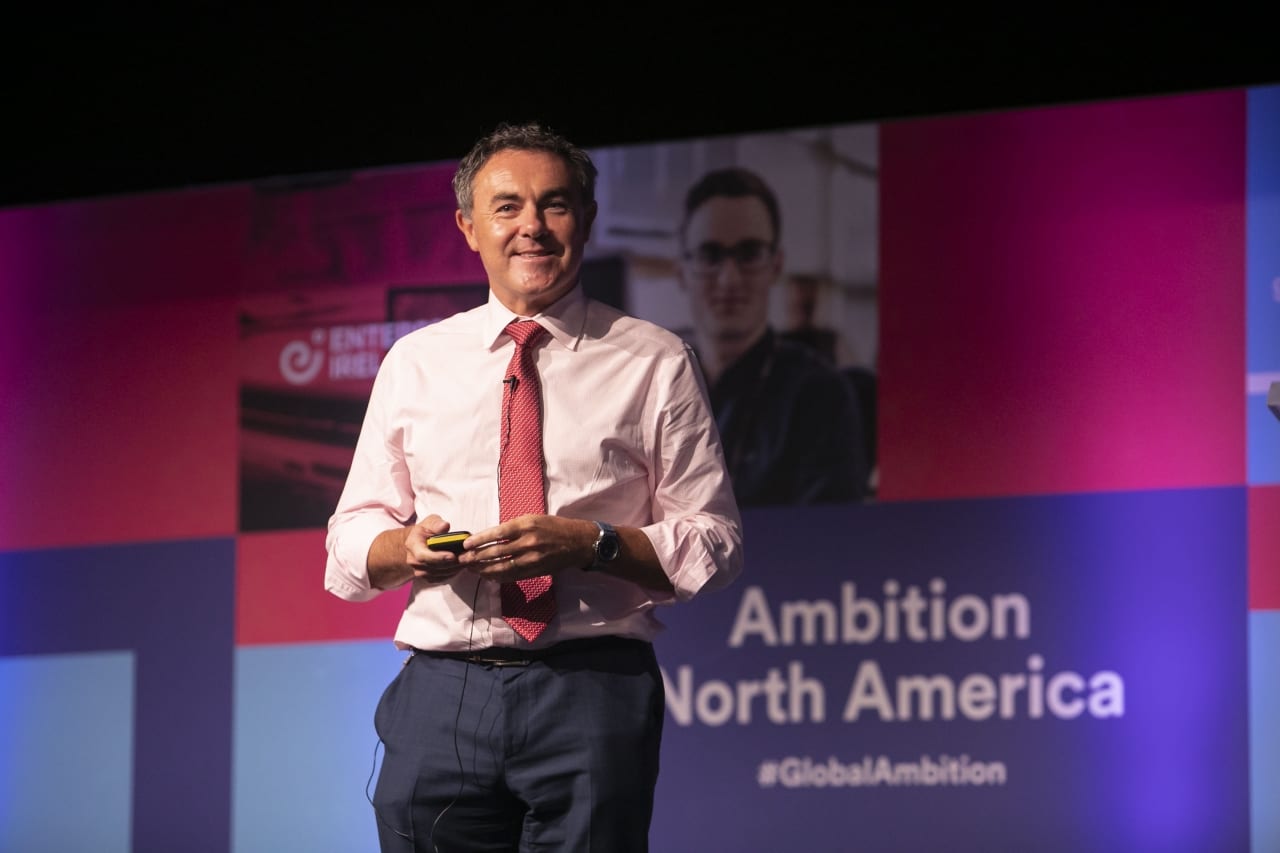 Scaling into North America is sometimes prefaced with the advice: “Go big or go home”. There is an important caveat that can get overlooked when aiming to expand there, namely: think big, act small.

For Irish firms who are trying to scale into North America, the principles might first appear to be mutually exclusive. But according to Irish business leaders at the Ambition: North America event organised by Enterprise Ireland, they are, in fact, complementary.

Entering the market is the hardest step. Servicing your first client or order, and ensuring your product fits, your price point meets market expectations, and delivering on your promises, will all allow your company to scale on a solid footing, attendees heard.

That first small step is well worth it, given the size of the region’s markets. Despite the rise of China, the USA remains an economic giant, currently enjoying a decade of unbroken growth –  last year nudging 4.95% – and a GDP of $20.49trn. It is the world’s largest economy, with its service sector accounting for 80% of GDP and is the world’s second-largest manufacturer. Imports rose from $2.9trn in 2017 to $3.1trn last year – with Enterprise Ireland-backed companies exporting $3.7bn in 2018.

Canada remains strong too, with its CAD$2trn economy the world’s 10th largest. Enterprise Ireland-backed companies exported just under €350m of goods and services there in 2018, a 4% increase on 2017. 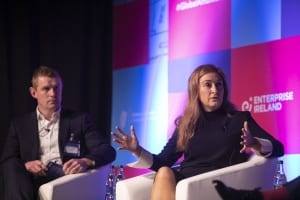 “Medical errors are the third leading cause of death in the States, so North America for us was always in the business plan we built over seven years ago,” delegates heard. Because Canada was part of an English-speaking network of countries that share pharmaceutical best practices, Canada seemed an ideal launch pad.

“We knew that Canada would be quite similar in the way they operate the healthcare system,” said O’Brien. Validation came through a social media post by a mother who lost her eight year-old son to a medication error. O’Brien met the family who had been campaigning heavily across Canada for regulation changes and as regulators stepped in, Pharmapod became a solution the market needed.

Pharmapod’s careful steps into the market are now paying off. “Canada is our largest market and the bulk of our revenue now comes from there,” O’Brien said.

Brexit prompted Combilift to shift focus to US

Monaghan-based fork-lift manufacturer, Combilift, has enjoyed strong growth in its 21 years but with Brexit affecting its UK market, it shifted focus to the US.

“Our goal was to target and grow within the North American region,” said Anthony Rooney, Combilift’s North America Sales Director.

“We went to trade shows that specifically targeted our end user. Our research told us that our customer had pinch points in certain sectors, so we targeted that sector. This allowed us to talk to the owners of those businesses at those shows. It was a humble beginning, at a 3 x 4 stand trying to stop people for a chat.” says Rooney.

Learnings allowed the management team to ultimately make informed key hires on the ground that would grow their business.

“It was key to get the right people that we employed directly in the right areas and get them talking to important partners.”

Carlow-based Netwatch now spans four continents and decided to go west rather east when it thought to expand exports of its security monitoring product.

Key to entering the US was making hard decisions about their business model during the last recession. CEO David Walsh said they switched from a product-based model to a SaaS service model, as well as bringing all R&D in-house. 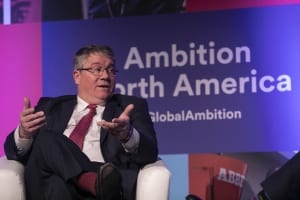 Selling their story to US clients saw Netwatch embedding its team for two years stateside to train and recruit “successors who would make them redundant”, said Walsh.

“We kissed a lot of princes who turned out to be frogs,” he said, “but we learned an awful lot in the process. Getting the right people into the organisation who have the smarts, are articulate enough to present our value proposition and whose personalities naturally align with our business culture is paramount.”

Irish success in North America is a series of ambitious small steps.