Business opportunities are heating up in Iberia 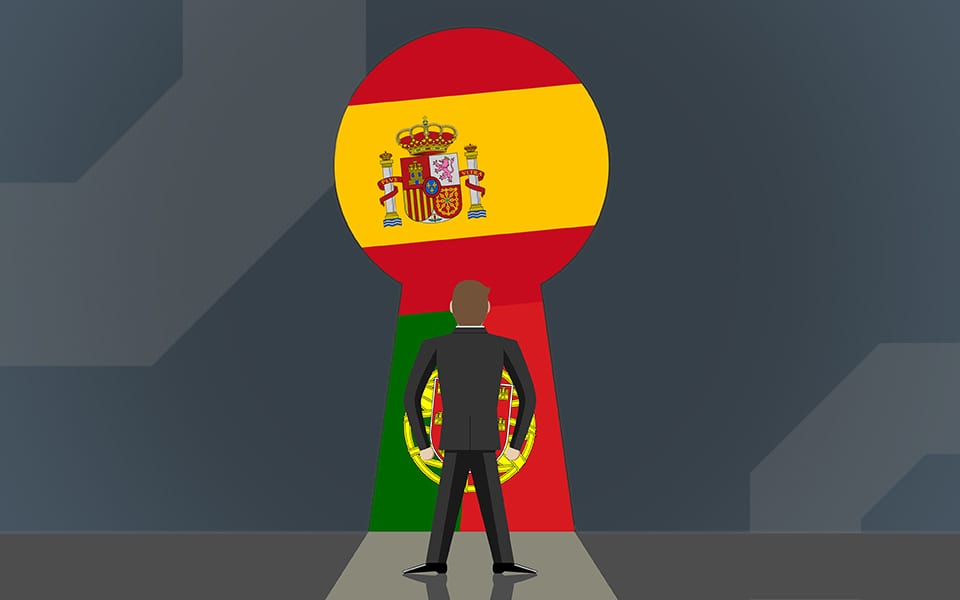 Irish travellers visit Iberia in their droves – at least two million last year alone. But while we have long since exported our tourism to Spain and Portugal, the same cannot be said for Irish firms.

Given the proximity of Iberia’s Eurozone neighbours, with a GDP five times that of Ireland and offering gateways to growing domestic markets, as well as to Latin America and Africa, Irish exporters should take a closer look.

While Spain and Portugal joined Ireland, Italy and Greece as the hardest-hit economies during the crash, they have emerged, like Ireland, as reformed models showing above-average Eurozone growth.

Spain is the powerhouse of the peninsula with the country’s real GDP and job growth set to exceed that of the euro area for the fourth year in a row.

With 10 times the population of Ireland, Spain is the much larger market opportunity with a GDP of €1.2 trillion and a 2019 growth rate forecast at 2.1% by the IMF. While unemployment remains high at 14.7%, in key sectors such as telecoms, banking, travel tech and services, it has a wealth of expertise, as would be expected from a country home to telecoms and banking giants Telefónica and Banco Santander.

Spain’s logistics infrastructure is excellent, hosting two of Europe’s biggest airports in Madrid and Barcelona, while its 46 ports serve the Atlantic and Mediterranean, and its internal rail network is one of the most advanced in Europe. It has the digital infrastructure to match and ranks fourth in the world for e-government services.

While the market has been perceived as more difficult to enter for exporters, this is changing as Spain continues to experience a post-crisis renaissance. Language remains a traditional barrier for entry, as does the country’s regional devolution, which poses challenges to marketing and product fits between areas.

At Enterprise Ireland’s Ambition Spain and Portugal event in Dublin, delegates heard how exports of companies supported by the agency totalled €338 million last year. Spain is a knowledge-based economy, where services account for around three-quarters of economic activity, the conference heard.

Irish firms may look to some of the strongest growing sectors, such as telecommunications, life sciences and agriculture. Telecoms is expected to grow to around €21 billion by 2022, with agriculture growing to some €27.4 billion.

Opportunities are there for Irish firms with innovative solutions willing to put in the market research, Gedeth Network founder Juan Millan told attendees.

“Irish companies are very well known for their innovation and their technology,” said Millan. “Consequently, we are very interested in Irish offerings in medtech, life sciences and fintech.”

Exporters should be aware that Spain acts as a bridge beyond the Eurozone, thanks to longstanding trade links from its colonial past to Latin America.

“It’s a good place to access decision-makers for firms in Latin America, as they have headquarters in Madrid and Barcelona,” he said. “And remember, Irish firms have great access to North America, the UK and Australia, which is equally of interest to Spanish firms. There is a natural synergy to be had and you should use this if you have activity in these markets as part of your negotiating position.”

Tourism remains huge at more than €180 billion per year – half the GDP of Ireland – and offers opportunities to Irish firms in travel tech. “Think not only about the sun and sangria,” Millan said. “But all the solutions you can offer to that market.”

Being the smaller neighbour has not stopped Portugal transforming into a high-income advanced economy with a high living standard. Its growth forecast at 2.2% for 2019 is ahead of the likes of Germany, with unemployment steady at 6.8%.

The country’s major cities, Lisbon and Oporto, are the country’s major industrial hubs, with Lisbon accounting for banking and financial services, oil and gas and ICT hubs – and is now home to the world-class Web Summit founded in Dublin – while to the north there is a focus on manufacturing. Tourism is a valuable sector looking for travel tech solutions in a market centred mainly in the Algarve and expected to grow from around €22 billion last year to €27 billion by 2023.

Like its bigger neighbour, Portugal’s colonial legacy sees strong trade links remain, offering gateway trade opportunities to not only Brazil but African markets such as Angola.

According to Professor Jorge Sa, from the Swiss Business School, Portugal presents an untapped export opportunity to Irish firms worth around €3 billion. “There are great chances for firms working in pharma, organic chemicals, electronic equipment, essential oils, machinery and plastics,” he said.

Accessing either market requires thorough research, and there are, of course, traditional barriers to entry such as mature supply chains and language issues, but there are a range of Enterprise Ireland supports to aid firms looking to future-proof their export sales including the Market Discovery Fund and GradStart, which provides up to 70 per cent of two-year salaries for graduates with relevant market language skills.

In the meantime, Enterprise Ireland’s office in Madrid is ready to assist Irish companies with ambitions to be more than just tourists to Iberia.